Golden oldie: the tale of the Champagne Cocktail
by Jane Ryan / 28 October, 2021 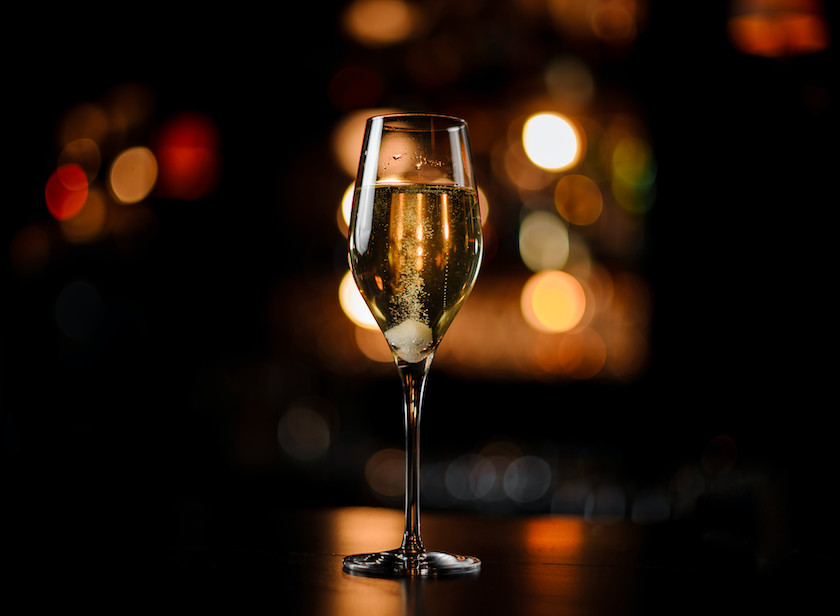 Jane Ryan hits the history books again to determine the origins of probably the oldest classic cocktail known to the world.

About five years ago British rapper Professor Green made a brief habit of popping into east London bars – the likes of Happiness Forgets and Satan’s Whiskers – and ordering the same drink time and again, a Champagne Cocktail. It was just after he released Fast Life, the song that references them, and he’d clearly developed a soft spot for the sugary, boozy version of a glass of champagne. Cognac and champagne being two of three things it’s acceptable for a rapper to drink, I imagine the combination appealed for its image as much as its flavour.

The classic Champagne Cocktail is about the oldest cocktail we know of, after the many forms Punch takes, and its modern recipes consist of aromatic bitters dashes over a sugar cube in the base of a flute or coupé, over which cognac is poured and topped with champagne. It’s also one of the more divisive cocktails – even David Embury thought it was an “inferior drink, no true champagne lover would ever commit the sacrilege of polluting a real vintage champagne by dunking even plain sugar – much less bitters – in it.”

Embury declared, if it must be served, that cheap sparkling wine would do. I disagree. The unique acidity of champagne, coupled with its biscuity, edging towards umami, flavour, is what makes the drink shine. And anyway, the sugar cube at the bottom very gently dissolves, making it an evolving experience as the cocktail continues to fizz and becomes gradually sweeter. I hope readers of Class aren’t going to get their knickers in a twist over the thought of mixing with champagne – we’re beyond being told what we can and can’t throw into a glass, right?

So, on to the origins. David Wondrich specifically dates this drink to the “Iron Age of American mixology”. This means somewhere between the invention of the first cocktail, a date we are unlikely to ever truly know, and the first cocktail book of 1862 from Mr Thomas. The Champagne Cocktail is present in How to Mix Drinks (or The Bon Vivant’s Companion) but it’s quite removed from the drink Professor Green was ordering circa 2016. Here it calls for half a spoonful of sugar, two dashes of bitters, one piece of lemon peel, and the instructions say to “fill tumbler one-third full of broken ice, and fill balance with wine. Shake well and serve.”

Just about anyone who’s ever shaken a cocktail presumes that last line was a mistake. Shaking with a sparkling wine sounds… messy. Thomas’s reference isn’t the first though – this appears in an account of the Panama Railroad by Robert Tomes from 1855. Tomes writes: “I profess the belief that drinking Champagne cock-tails [sic] before breakfast, and smoking forty cigars daily, to be an immoderate enjoyment of the good things of this world.” Quite. Tomes then goes on to describe the drink in long-winded raptures of pounding crystal ice into a tumbler, followed by bitters, sugar and topped with champagne. There are lots of references to things looking like early sunrises and of the wine being whirling, roaring and foaming. I won’t bore you more than necessary, however.

Let’s recap – what do we have? We have a mid-1800s drink being served over crushed ice, without any brandy whatsoever, from two sources – Tomes and Thomas.

Between 1862 and 1887, when we get another edition of Thomas’s book, the drink evolves. Now into a goblet we put a lump of sugar, one or two dashes of bitters, a small lump of ice and fill with wine, stir and serve with a small piece of twisted lemon. Still no brandy, which is also missing in William Boothby’s 1908 The World’s Drinks and How to Mix Them and from Tom Bullock’s The Ideal Bartender from 1917. Even Harry Craddock in the ’30s isn’t adding brandy, although he flamboyantly wants lemon and orange for the garnish. The Old Waldorf-Astoria Bar Book from 1935 also asks for no brandy.

Where on earth did it come from then?

W.J Tarling’s Cafe Royal Cocktail Book from 1937 is the first recipe that notes afterwards, “a dash of brandy as required”. It’s unclear why brandy is being added in, or why it caught on so rapidly from this date, but the rest, as they say, is history.

I do have a final theory for you on the origins of the cocktail however, stretching back further than 1855. If we accept that cocktails evolved from a need to make drinking faster, single-sized and ultimately more American, as opposed to the flowing punch bowl of Europe in the 1700s, then it makes sense to look at the Champagne Punch, which is at least as old as 1780.

We know the Brits were absolutely enamoured by Punch, and in the early 1700s the French thought they were bonkers for this love of a spirit-based drink. A source from 1735, Spectacle de la Nature, confirms this, with La Ponche deemed a strange assortment. The French eventually came around, and we know from the 1788 Tableau de Paris that Punch was being served in French cafes. Les femmes Françaises, however, didn’t like the strong breath that spirits leave, and as David Wondrich notes in his book Punch, they made it with champagne instead.

If we now turn back to Jerry Thomas in 1862 we can find a recipe for Champagne Punch that uses champagne, sugar, lemon juice and raspberry or strawberry syrup. “This light, fragrant concoction… is as pleasing to the palate as it is lovely to the eye,” Wondrich writes. Closer to a Champagne Fix than a classic Champagne Cocktail, it does however start to look very similar without the additional fruity syrup. Perhaps it was from these simple French Punches that a classic and single-sized Champagne Cocktail developed.