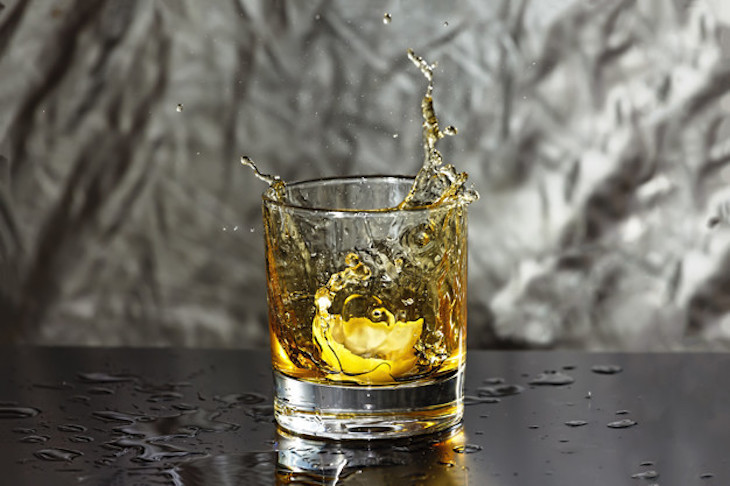 Jane Ryan delves into the annals of cocktail history to unearth the beginnings of the Sazerac – the drink that so often ends the night.

There is no order after a Sazerac. There is nowhere else to go, no further depths of the cocktail abyss to explore, no way back to lighter plains. Citrus will curdle in your mouth, champagne will taste like low-rent cava, even a Manhattan will seem lily-livered. Once you sip from a heavy tumbler of Sazerac you can either have another or go to bed. These are the rules. I don’t make them up.

When you have a good, long, sober stare at a Sazerac, you will notice it is essentially just neat, chilled whiskey or brandy with some Peychaud’s bitters stirred in and a dash of absinthe. If Churchill truly did sip neat gin while nodding in the direction of France and call it a Martini, then all of us could swig rye, wink towards New Orleans and say we’d tried a Sazerac.

Of course, we can’t forget the wink to absinthe, but where that gets added into the equation is difficult to pinpoint, because the Sazerac’s history is one huge jumble. Many have tried to pull at its threads, but as David Wondrich once astutely wrote: “The history of this drink is so intricate and entangled in myth that it requires a monograph of its own.”

The myths he’s referring to here include it being the first cocktail. It was definitely not, however, and we know that because we have a good century between the word ‘cocktail’ making it into print (1806) and the first mention of this particular cocktail in print (early 1900s). That doesn’t mean it wasn’t around before that, but certainly not as far back as 1806.

What is remarkable about the Sazerac is that it has remained entirely unchanged from its origin story. One of the first recipes is in the 1908 edition of The World’s Drinks and How to Mix Them by William Boothby, and was taken directly from Thomas Handy who owned the bar that claimed to give birth to the drink. It’s the same method and recipe a bartender anywhere in the UK or America would follow today – excepting the lemon peel being stirred in with the drink, which seems a little strange even for 1908.

That recipe called for whiskey, but we know the drink didn’t start out that way. In fact it was originally made with Sazerac de Forge et Fils cognac, a brand that perished in the phylloxera epidemic of the 1880s.

But what of the bitters? Peychaud’s is the key here to what keeps this drink consistent, across cognac, bourbon, rye or a heady mix of all three. It also unlocks its history. Jim Meehan described its use in the cocktail, alongside absinthe, in his Meehan’s Bartenders Manual as such: “This preparation is a perfect example of how a bartender layers flavour in a glass spatially, as a chef arranges components of a dish and sauce on a plate. By rinsing the glass with absinthe instead of dashing it in with the bitters its aroma envelops the glass and integrates with the cocktail once they come into contact.”

Antoine Amédée Peychaud is the man behind the bitters, who moved to New Orleans as a boy in 1795 after his father’s coffee plantation had a slave rebellion and the family fled their San Domingo home. His story in the 1700s might have been met with sympathetic ears, but today I will not call the Peychaud family refugees as some versions of this story do.

Peychaud would grow up to be a pharmacist and in 1835 opened his own drug store in New Orleans on 123 Royal Street. Here he sold, among no doubt a wide array of bogus cures, his American Aromatic Bitter Cordial, often with cognac. Around the corner in Exchange Alley, a man named Sewell Taylor ran a bar and was also the local importer for Sazerac de Forge et Fils. It is estimated the Sazerac we know today came into being once Taylor’s booze met Peychaud’s aromatic bitter cordial. This would most likely have happened in the 1850s because by 1869 Exchange Coffee House had been taken over by Thomas Handy and renamed Sazerac Coffee House after its house cocktail.

As to the absinthe inclusion? It was most likely introduced once phylloxera hit and made brandy increasingly scarce, opening the cocktail to new flavours and techniques. Its introduction is credited to a Leon Lamothe who worked in New Orleans in the 1860s and ’70s and was known for trying to get some of the green fairy into just about any drink on the circuit.

Unlike its contemporaries, which were lightened by vermouth, à la the Manhattan, or given an invigorating sparkle from soda like the Fizz, or even a brightening zip from citrus such as the Sour, the Sazerac was such a big drink it never truly gained a cult following. “To paraphrase Norma Desmond, the Sazerac is BIG. It’s the other cocktails that got small,” writes Wondrich.

So what happened to it after the 1880s? The Sazerac Bar on Royal Street, arguably the drink’s cradle, was shut down in Prohibition. Cognac ran dry well before then and rye became the spirit of choice, which it has continued to be to this day. Dale DeGroff advocates a combination of rye and cognac, however, and Simon Difford goes a step further, mixing bourbon, rye and cognac in equal parts. A few minor adjustments have also happened, including the lemon garnish now being spritzed on the surface of the drink.

But that’s it. A Sazerac is really a dinosaur of the cocktail world, heavy, cumbersome, rich and meaty. It’s booze on booze on booze with wood and aromatics and herbs all muddling in – and only truly palatable when it’s icy cold – a true New Orleans drink, in fact. It hasn’t adapted for any cocktail era, changed its name or been invaded with fruit, sugar or any other ’80s garbage. Once you have a Sazerac, that’s your night. Nowhere else to go. It will own your palate, your mind and very possibly the coordination of your limbs. It is, incidentally, my favourite drink.