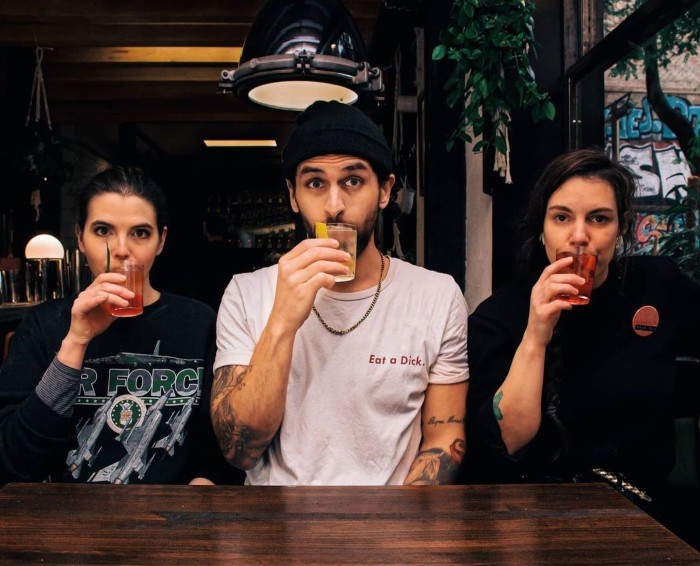 World-renowned cocktail bar, Two Schmucks will be taking over London’s Lyaness for a fully immersive ‘Five Star Dive Bar’ experience on 7 and 8 October.

The takeover, in collaboration with Dewar’s Whisky, will see Two Schmucks and Lyaness collaborate on four exclusive cocktails which will combine each bar’s style. Two Schmucks will also be previewing four cocktails from the bar’s new October menu.

The Barcelona-based bar has gained a reputation for elevating the dive bar experience since its roots as a pop-up in 2017.

In 2019, Two Schmucks found permanent residence in Barcelona’s El Raval neighbourhood and went on to place at number 26 on the 2020 World’s 50 Best Bars list.

London Cocktail Week announced in March that the 2021 festival would be extended to the full month of October to “support” and “champion” the London on-trade as it recovers from the pandemic.

Two Schmucks’ Five Star Dive Bar will run from 5 pm until late on 7 and 8 October, guests can secure their place at either night by booking tables via the Lyaness website here.