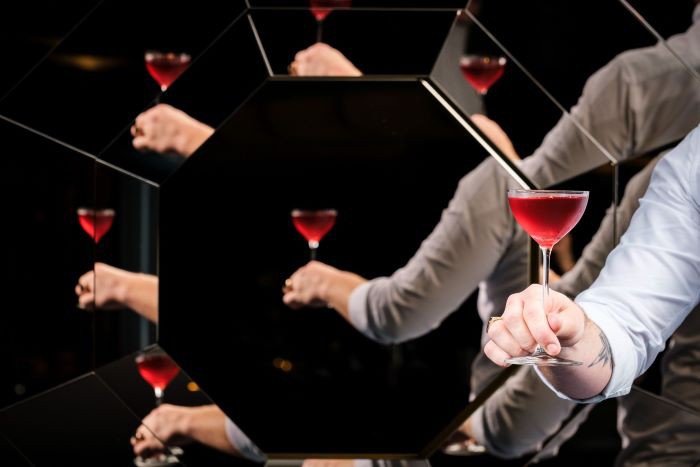 London’s Lyaness, the bar created by Ryan Chetiyawardana, has announced the launch of a new menu exploring how food and drink has shaped our cultural outlook over generations.

The Ancestral Cookbook will continue the bar’s ingredient-lead approach to menu design with five core ingredients upon which the 15-serve menu is built.

Led by head bartender Louis Macpherson, the team has created these core ingredients using proprietary processes and techniques, while exploring natural, cultural and social effects of human evolution on ingredients and food.

Where previous Lyaness menus have been chaptered by ingredient, The Ancestral Cookbook has been divided into five core themes that inform the flavour of the drinks; Nature vs Nurture, Circularity, Taught History, Ceremony, and Extreme Conditions.

The first ingredient created by the Lyaness team is Everything Vinegar, which uses elements from the full harvest from Growing Underground's Zero Carbon Farm in Clapham in London, to create a complex fermented vinegar.

Tree Caramel is created by subjecting the invasive African Braai wood to cycles of extreme hear, cold and pressure to manipulate the material and extract an aromatic, fruity, tea of sorts.

Exploring the effect that nitrogen and electricity have on growth and oxidisation, the team has created Thunder Mushroom, a blend of grains and legumes, inoculated with koji spores, fermented, fortified and finally electrocuted to oxidise the alcohol.

Death Bitters captures the flavour of lemon leaves immediately at the point of death by submerging a lemon tree into liquid nitrogen to instantly freeze it, allowing the capture of a range of flavours and components rapidly that can be combined into bitters.

Finally, B + B uses toasted grains and elements such as pea amazake to produce a combination of grains and fat found in dishes from across the world.

The Ancestral Cookbook debuts at Lyaness in November.