Lyaness announces the launch of its third menu
by Oli Dodd / 17 November, 2021 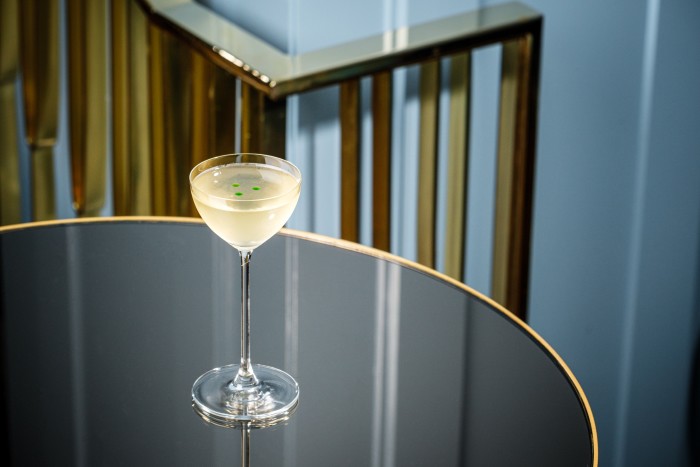 Lyaness has announced the launch of its third menu, which will be available in Ryan Chetiyawardana’s acclaimed Southbank bar this November.

The menu, Lyaness British Cookbook, has been created in the bar’s trademark style of taking a cook’s approach to flavour, focusing on ingredients rather than drinks themselves.

"We're continuing to keep the DNA of ingredient focus, this likely will not change,” said Alex Lawrence, global bar director of Mr Lyan.

“As with anything creatively ambitious, we cast a wide net with our first few menus; as we have gained confidence, we have been able to create something more defined, a clearer concept, that is also easier to digest for our guests.

“This menu is where we are finding our confidence and expressing the ideology – it's less safe and more adventurous, which Is the whole idea of who Lyaness is – the huntress and the host."

Led by head bartender Will Meredith, the Lyaness team has taken a global approach to flavours and balance, exploring new interpretations and concepts and putting them through a British lens.

The menu introduces five new ingredients, and whilst the menu features three suggested serves alongside each ingredient, guests are encouraged to add these new flavours to their favourite drinks to make their perfect cocktail.

Blood Curaçao plays on the classic British approach of nose-to-tail cookery, using dehydrated pigs’ blood to create an ingredient that provides a bold and warming flavour.

Green Sauce Liqueur marries green herbs, sour fruits and a variety of fungi which plays on the classic green sauce that is designed to cut through fattiness and accompany richer dishes in many cuisines, here it adds a deeper umami note.

Malt & Grass Amazake, applies fundamental elements of malting to the world’s most ubiquitous plant to produce an ingredient that provides sweetness, richness and body.

Finally, Fruit Furikake is used similarly to “the way British seaweeds have been used over the years”. A blend of native seaweed with local fruits and vegetables to bring “a unique contrast of sweetness, salinity and richness.”