Craft cider is our history but will it be our future?
by Pete Brown / 02 February, 2022 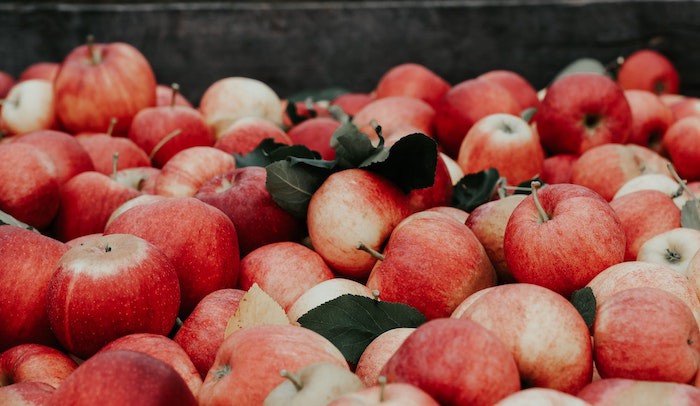 Misled by the use of the word ‘craft’ and seduced by foreign imitators, UK consumers are missing out on some great British ciders, says Pete Brown.

As a drinks writer, I’m always under pressure to whip out something special when we sit down for a celebratory dinner. It has to be recognisably premium, but also a bit unusual – something different from the predictable suggestions of supermarket TV ads. Popping the prosecco would be the equivalent of being a DJ at XOYO and dropping Coldplay’s latest offering.

On recent Christmases I’ve served a very special cider. Stassen was launched in the UK in 2016 by Heineken. There are several variants, all presented in 75cl sparkling wine-style bottles with a cork and wire closure. The brut version delivers the fizz and sophistication of a sparkling wine at about half the abv. New guests look quizzical at first, then delighted as they ease into it. And by the end of dinner, they’re not drunk.

I adore this cider. But, at the same time, its very existence saddens me and gives some clear pointers towards fundamental problems with premium cider.

When Heineken bought most of brewer Scottish & Newcastle in 2008, it acquired cidermaker Bulmers, which became part of the package after S&N bought it in 2003. Bulmers was the world’s first commercial-scale cidermaker, founded by two brothers in 1887. By the time of its sale, Bulmers controlled the lion’s share of the British cider market, and Britain accounted for more than half of all the cider made in the world. There still isn’t another cidermaker on the planet that comes close to Bulmers in terms of scale and heritage.

The Cider Museum in Hereford tells some of its story. By the early part of the 20th century, Bulmers was fermenting ciders using similar practices to the methode champenoise (much of which was originated by cidermakers in Herefordshire long before champagne producers adopted it.) It referred to the best of these as ‘apple champagne’, until angry French winemakers took legal action to prevent it from doing so. Still, the renamed Pomagne was enjoyed by the royal family. Limited editions were created that were saved exclusively for the Bulmer family’s special dinners and parties. The cellars of the museum consist of row upon row of sparkling wine-style bottles in racks, bottles that once were full of outstanding cider that helped build the names of Bulmers and Britain as the world’s definitive cider experts.

And yet, in 2016, the company that now owns the Bulmers brand decided to launch a super-premium cider under a completely different name, from a country that has no real cider heritage at all.

It’s tempting to turn this story into an attack on Heineken, but it’s not really its fault. Heineken is many things, but it’s not stupid. If it decided that an unknown Belgian brand stood a better chance of succeeding as a modern, champagne-style super-premium craft cider than the brand that knows more about the concept than anyone else, it must have had its reasons.

I suspect it had market research showing that drinkers were more likely to accept a foreign, unfamiliar brand as craft than a familiar, domestic brand. Because that’s how ‘craft’ works, isn’t it? The craft beer world is far more likely to consider an American pale ale as craft than a British cask ale, because craft is an American concept – except if you talk to the founders of America’s craft breweries, many of them will cite British cask ale as their inspiration.

Apply that to cider, and it reveals the problem with the whole concept of what ‘craft’ really is. If we take people at their word on what they say they want from craft producers, they say craft is about authenticity, flavour, stories, and small-scale, artisanal production. That’s a perfect description of traditional farmhouse cidermaking. It’s about as craft as you can get. We had hundreds, if not thousands, of craft cidermakers in the UK years before craft became a thing. And yet we don’t talk about them as craft cider because… well… they’re not cool, are they? They’re not urban and hip. They’re definitely not American. They’re farmers with straggly hair, patched-up sweaters and funny teeth, dispensing their product in plastic containers with clumsily knocked up clip art – if they have labels at all.

When we actually buy craft as opposed to talking about it, we go for novelty, variety and really cool packaging designs, none of which traditional cider has. If it came from Belgium rather than the West Country, farmhouse cider would be the coolest thing on the planet. How do I know? Because the coolest thing in craft beer is Belgian-style sour beer, made by wild fermentation to a traditional method with a distinctive, sharp flavour profile. Farmhouse cider is fermented and matured in a similar fashion and has a similar flavour profile, and yet it is largely ignored by lambic fans.

If we were honest with ourselves – as drinkers, retailers and producers – we would acknowledge that craft is just as image-led, just as much about ‘cool’, as mainstream brands in drinks or any other market.

We’ve been waiting for years now for a craft cider revolution to match the one we’ve seen in craft beer, for the same rejection of the bland, corporate mainstream in favour of small, artisanal producers with flavours that will rock our worlds. It nearly happened a few years ago. One producer launched a cider in cans, because cans are a craft format. At the launch, someone asked the poor PR presenting what the difference was between traditional farmhouse cider and modern craft cider. Flummoxed, she held up the can and said: “This one has more artisan in it.”

Britain has a cider heritage that no other country can come close to touching, whether that’s in the elegant sophistication of the champagne-style ciders created by the world’s first and biggest commercial cidermaker, or the nature magic that happens on some dilapidated farm in Somerset. There are several reasons a craft cider book doesn’t seem to be happening. But the main one is that we’ve had a craft cider scene forever – we just don’t like it very much.