Amari and their bittersweet progress
by Francois Monti / 05 April, 2020 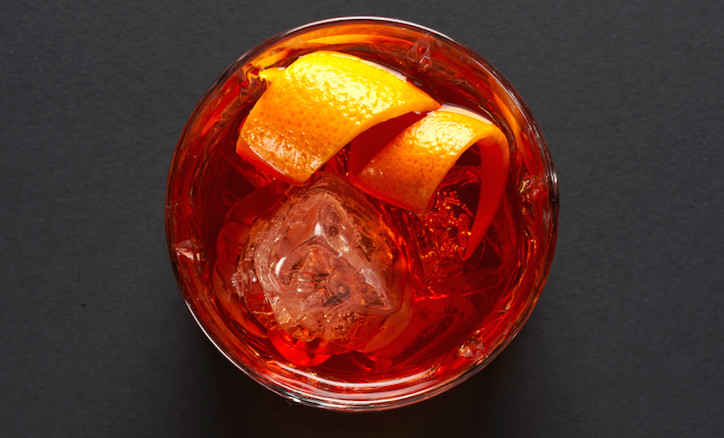 As the low-alcohol trend gather a head of steam and aromatised wines are growing globally, bitter liqueurs such as amari should be benefiting. The quantity of new references popping up on back bars seems to indicate they are. Numbers, however, paint a different story. Amaro? It’s complicated.

In 2020 no amaro brand broke into either the bestselling or the top trending brands of the Drinks International Annual Brand Report in the liqueur category. Of course, as a category, liqueur is not the best fit for amaro – hard to assess its health if you compare it with triple sec – but most pollsters do the same. And the IWSR, which does study amaro more closely, jumbles it with aperitif liqueurs such as Aperol or Campari. Even then there’s barely any growth – just 0.24% in 2014-2018, according to one of the brands we contacted. Still, it is possible that the category as a whole is not growing much but specific brands are.

This is what Giuseppe Gallo, who has consulted for many Italian producers, seemed to imply when he told us the biggest sellers for the category on its core markets of Germany and Italy are unknown elsewhere – particularly on emerging markets such as the UK or the US, where others are doing the legwork.

Interestingly, only a couple of years ago most brands insisted on educating bartenders on the sometimes quite arcane differences between bitter aperitifs and amari. Today, our interlocutors seem happy to talk of a broader, unique category comprised of both bitter aperitifs and digestifs – one where Campari (not an amaro) and Lucano (an amaro) mingle freely. For a people apt to throw a hissy fit if a restaurant uses bacon instead of guanciale in amatriciana sauce, this is quite odd. But there’s an explanation.

Amari were taken out of the Italian restaurant and launched into the edgier world of the bar during the cocktail renaissance. Most of those products hadn’t found their way into a mixing glass until Audrey Saunders added a bit of Cynar to her Little Italy or Sam Ross some Amaro Montenegro to his Cobble Hill. A small barspoon of amaro here and there doesn’t really move stock, though, and once the cocktail world got over its “bitter, brown and stirred” phase, amaro could have been back to square one.

Thankfully, the Negroni and the Spritz rose to global fame and the new-found reality is an acknowledgment of the state of the market: the future is abroad, where local subtleties matter less and the path to riches has been opened by those two drinks – not by a Brooklyn twist.

Although neither calls for amaro, you see a lot of twists that do, says Amaro Montenegro global brand ambassador Rudi Carraro. “They’ve been up-and-coming drinks over the past couple of years, and they’re the perfect tools to make people understand the various options they have.”

As a way to introduce lesser-known amari to the masses, it certainly makes sense to use a known template but, given how both drinks are closely linked to specific brands, isn’t there a medium-term risk of people reverting to the norm? According to Gallo, no: “We’re only at the beginning of the growth [of such serves]. There’s still a lot of room for brands to play in this space.” He may have a point, as both the Negroni and the Spritz have become, more than drinks, categories in and of themselves. Dante’s Negroni Sessions are a perfect illustration of this as is, closer to home, Fare’s Spritz selection.

Then again, although both establishments boast an ever-expanding amaro collection, few of their cocktails actually call for them. The Spritz segment is very competitive: on top of Aperol, Select or the countless similar products distilleries are churning out to catch up, aromatised wine producers are now joining the fun. Lillet, Belsazar Rosé or Martini Fiero are all trying to position themselves as alternatives.

Another issue might just be perception. For all the hard work brands have been doing with bartenders over the past couple of years, precious little information has trickled down to the general public. According to Flavio Angiolillo, owner of Mag Cafè and 1930 in Milan: “No one orders a specific brand of amaro.” Italians tend to see it as a treat a restaurateur bestows on a table at the end of a meal, while foreigners don’t know much about it and if they do, they think of Fernet – since it’s made with no sugar, purists don’t see it as an amaro. “They expect something very bitter and they’re surprised when they taste how sweet it can actually be,” Angiolillo adds. In his bars, sales have gone up but he admits that numbers are skewed: they serve the Farmily Amaro, a brand he owns, when people ask for a shot.

What next then? For Carraro, brands have a duty to “teach about the categories, first of all”. The low-alcohol trend and the continuing growth of the Spritz can, of course, help if wisely managed. For Gallo, though, creativity and innovation will be key: “There’s more room for brands that think outside of the box and are bolder in their strategy.” For inspiration, they should look at Dante’s Garibaldi or Swift’s Sgroppino, he says, although none of those highly successful drinks feature amaro – a nice summation of the issue, one might say. Beyond the Amaro & Tonic, ready- made for both outside drinking and after dinner, Angiolillo also sees the future of amaro in fresh, citrus-forward cocktails: “They have the right level of sugar to replace triple sec in a Margarita, for example, and they bring more depth.”

When Class first wrote about amaro in late 2017, a brand ambassador predicted 2018 would be a big year for the sector. This didn’t quite happen. But amaro is not necessarily destined for the masses. Outside of Italy, Germany and Austria, it’s always been a niche. Expanding that niche, bit by bit, as bartenders have been for the past few years, may be the only way to go. Amaro’s big year may come in 2021 or 2022. Or it may never come. It actually doesn’t really matter, as long as it still finds its way into our cocktails.