The sweet tooth of the bitter stuff
by Francois Monti / 02 September, 2021 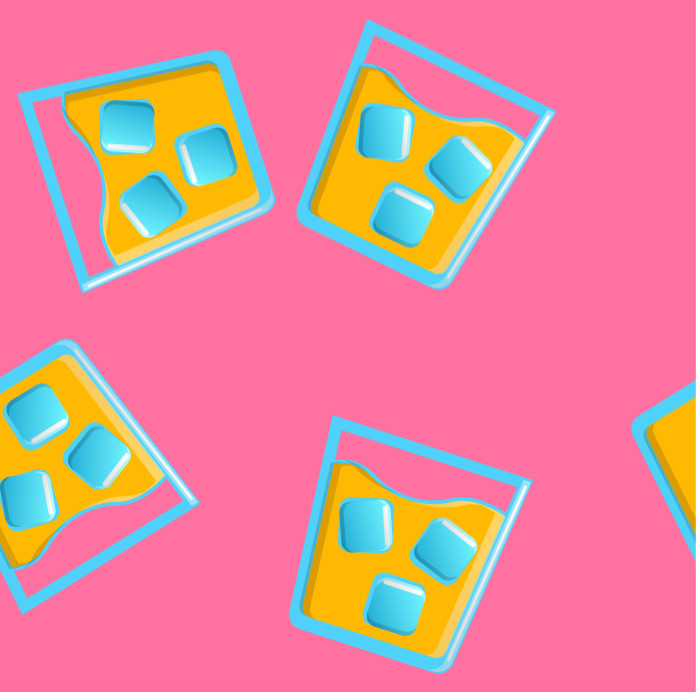 Amaro and vermouth have positioned themselves as low abv and mindful drinking stalwarts. But how long will that last, asks François Monti.

Let the good times roll: the Negroni and the Spritz have been the star serves of the last five years, amaro is a bartender’s darling, the vermouth category is growing year on year. The southern European bittersweet stuff has been seen as integral to the day-drinking/low-abv trends and often appears in the recipes of mindful-drinking advocates.

On top of that, Britons have discovered the pleasure of al fresco dining under all sorts of weather and are just dreaming of a stay on the Amalfi coast fuelled by aperitifs. And as Del Professore ambassador Gianfranco Spada tells us, lockdowns saw a notable increase in off-trade vermouth sales. Boom years, they are a-coming. Or are they?

For some reason, anything remotely Mediterranean – whether it’s products or lifestyles – is seen as inherently healthy. Slow life, slow food, slow drinking: this has helped bitter wines and liqueurs, especially from Italy, gain a foothold in the low-abv and mindful drinking trends. Thing is, if you want to drink something light because you’re taking care of yourself and/or it’s still early in the day, you’re better off with a Daiquiri than a Negroni. A Spanish Gin & Tonic is actually lower in alcohol than a bitters or amaro-based Spritz. Hell, most low-abv cocktails dreamed up by mindful influencers are in the Stella Artois range, a brand of lager no one has ever gotten drunk on.“People don’t really drink low-abv cocktails as much as you hear on social media,” says Spada. Paul Mathew, founder of non-alcoholic aperitif brand Everleaf, concurs: “People tend to be all or nothing: they’re drinking or they’re not. It’s very difficult to put in a low-abv product and say ‘have this on the days you’re not drinking’.”

Even if amaro and vermouth brands can still benefit from these trends, there’s the sugar question. As yet, most consumers are not really aware how much of the sweet white powder their Mediterranean liquids hold (because they don’t want to know, according to Spada), but they will soon, especially if, as Mathew seems convinced will happen, nutritional labelling is imposed on alcoholic products. Soon enough, then, drinkers will realise a vermouth has more sugar than cola, and bitter liqueurs are often well above 200g per litre. Low alcohol, high sugar: not the stuff your healthy dreams are made of.

Brands are very aware of this. Carpano released in 2019 a Botanic Bitter whose claim could have just been ‘Campari, with half the sugar’. Meanwhile, the Spritz and the Negroni’s potent lure has helped resuscitate a dormant category: wine- based bitters. Historical brand Cappelletti was first to see the potential. Newcomers Baldoria or St Petroni (recently acquired

by Pernod Ricard) have followed. Compared to amaro or traditional spirit-based bitters, those bottlings have less sugar and less alcohol – and tend to be marketed accordingly. In parallel, more and more vermouths are placing themselves on the semi-sweet segment (under 100g of sugar), until recently completely irrelevant.

A matter of taste

Less alcohol and less sugar may be the future, but both are flavour enhancers. Mathew is, for example, quite upfront about sugar in Everleaf: “It’s there to lift the flavours of the botanicals and to give a little bit more of a structure.” For Spada, amaro and vermouth may become the collateral – and innocent – victims of the backlash against industrial food. “The problem is in anything processed, where there’s too much bad stuff. But when you make vermouth, you put sugar because it’s needed.” Indeed, it plays the role of salt in home cooking, which may explain why some ‘lighter’ options feel flat. “If you want to reduce the amount of sugar, reduce the shit you eat during the day,” adds Spada.

He has a point: trying to make alcohol better for you is a bit absurd. No alcohol producers can make health claims. By embracing the mindful drinking movement or communicating on low- alcohol serves, many have at the very least straddled the line. It’s very difficult for brands to resist following trends. Most amari and bitters brands are competing for the Negroni and Spritz crumbs the big ones have left on the table. They’re also moving in the low-alcohol space because, well, that’s where they’d been told their future was. Maybe they should realise their future is the same as gin and rum: you don’t drink something less strong so you can drink more. You drink less so you can drink better.

“Sugar-free chocolate bars have been around for years but they’ve never really taken off because people accept that when you have chocolate you decide to have a very pleasant moment rather than a very healthy moment,” Mathew sums up. In Italy, after all, you mostly drink amaro after a long, indulgent meal.