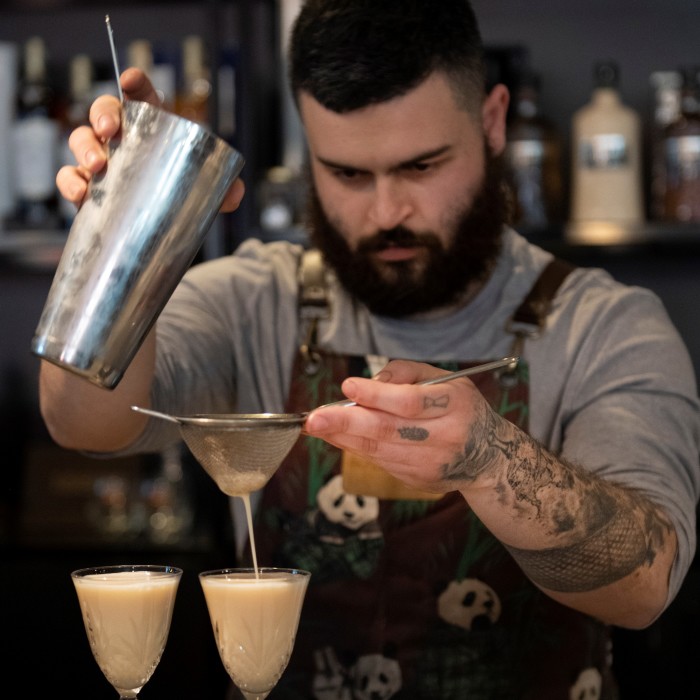 Panda and Sons has been named as one of the winners of Naked Malt’s global bartending competition Live Naked Bar Swap.

Bar manager Saen Cavanagh represented the Edinburgh bar in a three-stage competition that involved bars from the UK, US, Taiwan, the Nordics, and South Korea.

In the final, participants were challenged to re-create the whisky sour using Naked Malt with national winners selected by the expert panel of judges.

“After an incredibly challenging period for the hospitality industry, we wanted to reunite our Naked community over a Naked Sour serve and inspire a new generation of bartenders and consumers to explore the very best of Scotch whisky.”

Panda & Sons collected the UK title, while for the Nordics, A Bar Called Gemma represented by Johan Evers and Oscar Drigoris, claimed the title, in South Korea, it was Villa Records, represented by Yeongjun Jo and Hyundo Cho. The US champion was Mandarin Heights, with Morgan Zuch and Liz Vender, and in Taiwan, Vender, represented by Darren Lim and Summer Chen took the crown.

As part of their prize, two bartenders from each bar will swap countries with their peers, presenting them with a culturally immersive experience where they will be able to gain new knowledge, learn new skills, and build relationships with colleagues from around the globe.

The international champions have also been appointed to the judging panel of next year’s event in their visiting country, which will take place between November 2022 and January 2023.