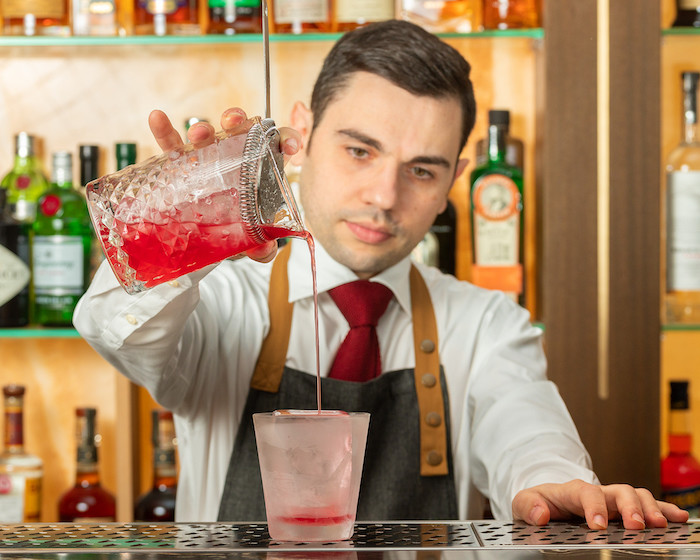 Elon Soddu, former head mixologist at The Savoy, will open his debut venue, Amaro, on Wednesday December 8 in Kensington, near Hyde Park.

The 38-seat, 75sqm venue has a classical feel with an Italian accent, and sees decor in the shape of a white marble floor, black granite bar, behind which is a back-lit onyx back bar.

The menu runs through 10 refined 4-5 ingredient twisted classics, from a Cosmopolitan spin to house renditions on the Martini, Gimlet and Milk Punch.

The Pomegranate Negroni features tequila blanco, mezcal, in-house pomegranate cordial, dry vermouth and Campari. While two non-alcoholic cocktails are also on the menu, including a zero-abv take on the Americano.

True to the bar’s name, Italian bitters will feature alongside vemouth and grappa, high-end spirits, liqueurs and sparkling wines.

To accompany the drinks list, the bar’s kitchen will offer a selection of small dishes rooted in Italian cuisine, from Italian charcuterie and cheese selection, to panzanella and burrata salad, Sardinian tuna tartare and small bowls of pasta.

Soddu, who was the head bartender of the Beaufort Bar from 2015-2020 before leading both of The Savoy’s bars until May 2021, told Class that the opportunity to open his first bar came out of the blue. 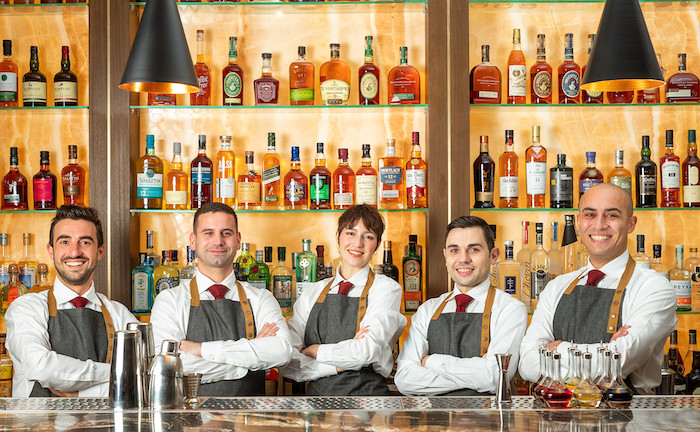 He said: “I met my business partner at an event where I was bartending. He had a site in Kensington and asked if I’d be interested.

“We’re both Italian - I’m from Sardinia – so we agreed on the Italian, classical concept from the beginning. We wanted to have a focus on cocktails but also an elevated experience for the guest - to bring the five-star hotel experience into a neighbourhood cocktail bar.”