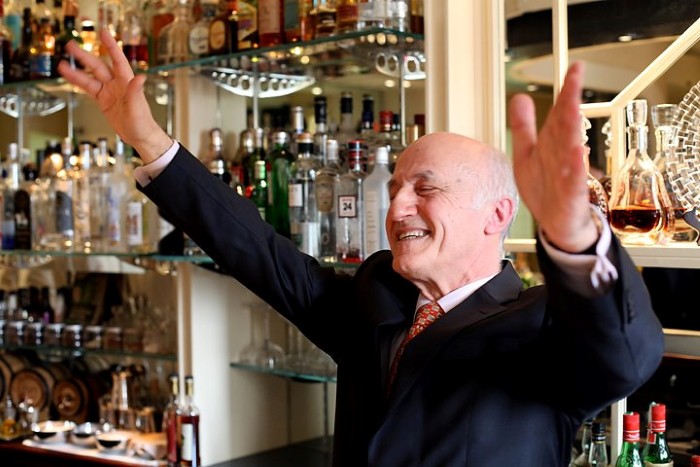 Born in Lebanon in 1945, Khoury picked up his trade at a young age, beginning work behind the bar at The Bristol Hotel in Beirut aged just 15 years old.

In 1969, Khoury moved to London and was straight to The Savoy, the only place he’d ever work in the capital. After spending some time behind the bar in The Savoy Grill in 1985, he joined Peter Dorelli in the American Bar. In 2003, he became the illustrious bar’s ninth head bartender, the position he held until the hotel’s closure in 2007.

When The Savoy reopened in 2010, Khoury returned as an ambassador for the American Bar, his final role at the hotel. In 2012, after 43 years of service at The Savoy, Khoury retired to "spend a life on the golf course".

“Salim joined me in the American Bar in 1985 as assistant head bartender and became a great asset to the bar,” said Peter Dorelli.

“One of his contributions, and a special help to me, was that he had a great memory for names, which I had a problem with. His personality and his smile were contagious. He could always be counted on to lift our spirits in difficult times.

“He was a wonderful host loved by many of our customers. A dear friend and colleague who will be sadly missed.”

Khoury is survived by his daughter Mylene and partner Nimfa.