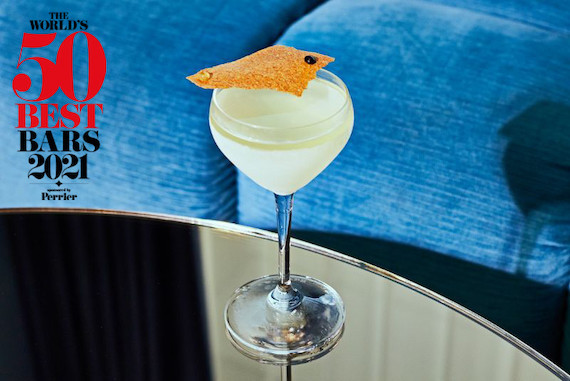 The UK is the second largest contributor to The World’s 50 Best Bars 51-100 list, upping its membership from four to five bars for 2021.

The secondary list, published today by organiser William Reed in the run up to the World’s 50 Best Bars ceremony on Tuesday 7 December, sees bars from 34 cities across 26 countries and features 28 different venues to the 2020 edition.

Ryan Chetiyawardana’s Lyaness, which in its former guise as Dandelyan was named the World’s Best Bar, and Mia Johansson and Bobby Hiddleston’s Swift both drop down from the main list to no.55 and no.57 respectively.

Remy Savage and Paul Lougrat’s A Bar with Shapes for a Name debuts at No.77; while Side Hustle at Nomad London – helmed by Davide Segat and Pietro Collina - is at No.80.

The UK was second to only the US (7) in terms of countries with the most bars in the 51-100 list, and leads Europe, which as a region contributed more than any other with 20 bars from 10 countries.

Meanwhile, it is the first time an African bar from outside of South Africa has featured on any World’s 50 Best Bars list - Hero Bar from Nairobi ranked at no. 70.

The 51-100 list is characterised by rising stars of the bar industry that often go on to ascend to the main list the following year, but also gives us some clues as to the make up of the top 50 unveiled next week.

Up until this year, Employees Only was the only bar that had featured in every list since The World’s 50 Best Bars was founded in 2009.

“The bars announced today have continued with inspiring resilience to overcome the challenges that they have been faced with in recent months and this extended list will shine a wider spotlight than ever before. As over half the list are new entries, we hope it will continue to be an inspiration to emerging bars around the world.”

77 A Bar with Shapes for a Name London UK