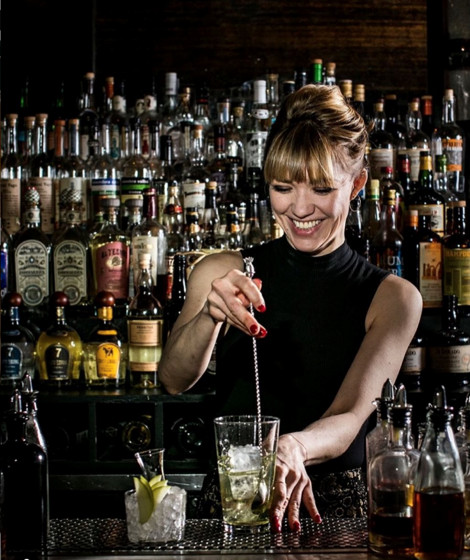 The Savoy has appointed Shannon Tebay as head bartender of the American Bar and senior mixologist at the hotel.

Tebay, who joins in August from New York’s Death & Company - where she spent seven years, rising to head bartender - is the first female head bartender at the American Bar since Ada Coleman.

The American Bar, which has been closed due to the pandemic, will reopen in September under Tebay's leadership.

Tebay, who is originally from New Mexico in the US, said: “Becoming head bartender at the American Bar is not just the professional opportunity of a lifetime, it’s also an opportunity to continue building the bar’s legacy as a beacon of innovation and quality – in both the way we create our drinks and in how we deliver our service.

“I hope to honour the historical significance of the American Bar and modernize bartending culture within the community at large, championing under-represented perspectives and re-evaluating best practices in order to maximise sustainability.”

Franck Arnold, managing director of The Savoy, said: "We’re really excited to be welcoming Shannon to The Savoy.  We admire her vision and her focus on teamwork.  We’re looking forward to seeing her reopen the American Bar with a menu that will display her reverence for the bar’s history, and showcase the creativity and talent of the team as a whole."