An interview with the American Bar's Shannon Tebay
by Hamish Smith / 29 September, 2021 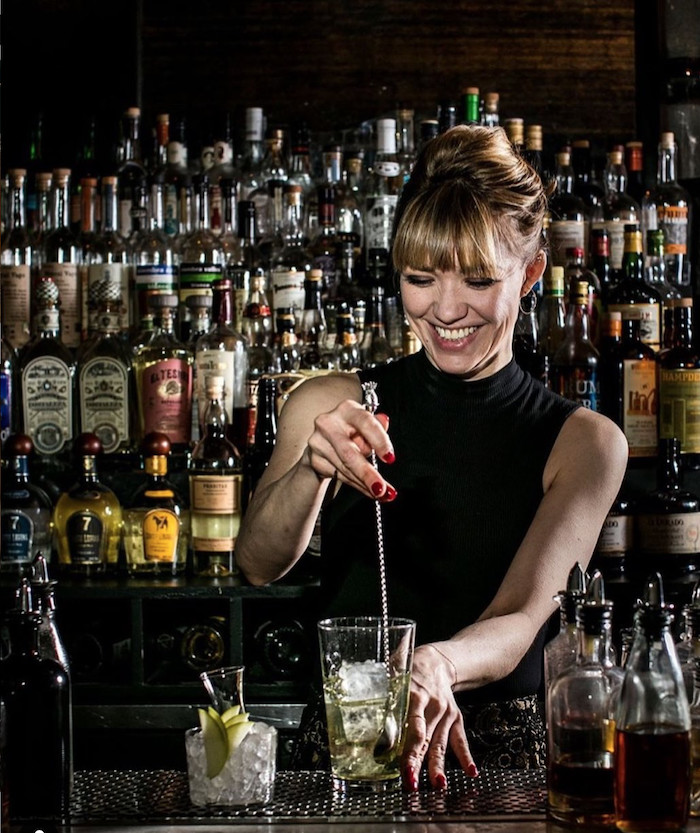 The American Bar’s new head bartender is only the second woman – and the first American – to hold the post. Hamish Smith catches up with her ambitions for the historic site.

I meet Shannon Tebay at her home in London. Which, for the first two months of her role as head bartender of the American Bar, happens to be The Savoy. I haven’t been for two years – the pandemic took its toll here, with a long closure and many of its F&B staff parting ways. To say the Fairmont Group cut its cloth accordingly is an exercise in diplomacy. And while this isn’t forgotten, neither is 130 years of cocktail history. Nor the instinct for news; when the American Bar announces a new head bartender and one that represents a completely new direction, it’s a story – globally.

For those still counting, Tebay is the 12th head bartender at the American Bar, but more poignantly, the second woman to hold the post (after Ada Coleman) and the first American (Harry Craddock was English, despite the American accent). Meeting Tebay in the Beaufort Bar – the American Bar is undergoing some finessing – it’s clear none of this is lost on her. She’s excited and daunted in even ratios – making history before you’ve served your first customer takes some getting used to.

Brought up in New Mexico but a New Yorker since college, Tebay was head bartender at Death & Co – a seminal second-wave bar of the 2000s-era cocktail renaissance. With a CC that boasts a stint at the similarly exalted Pouring Ribbons, she is a pedigreed bartender. But one who has never worked in a hotel.

"The opportunity fell out of the sky," she says. "I was approached by someone I know from the Fairmont Group, who let me know they were looking for a new head bartender with a new perspective, perhaps an American, and if I could think of anyone who would be interested..."

A half-dozen interviews later and Tebay was booking her flight. "I never would have thought this opportunity would have come to me. The first American at the American bar – perhaps they decided it was time." And time for a woman to be in charge – nearly a century is going some.

Tebay chooses her words carefully: "They were transparent about moving the bar culture forward, proactively. I got excited about being part of a company that is actively looking to modernise in its hiring practices. I want to see more women and minorities behind the bar. In the way The Savoy sought me out for this position, I hope to do the same. I want to bring more perspectives into the programme here. The talent is out there if you’re patient." 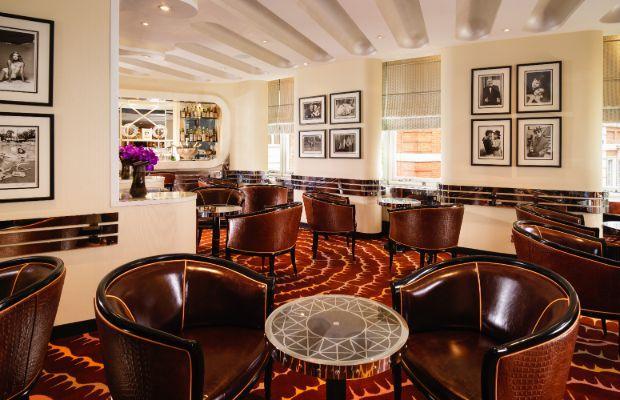 If there is a willingness at The Savoy to gain new perspectives, it works both ways. "Living in the hotel has given me a front row seat as to what the guest experience is like. I’ve got to know the staff and it’s given me a thorough understanding of the quality of service and The Savoy’s approach."

Tebay has had her head in the history books too. "It’s easy to get wrapped up in it," she says. Indeed, few bars have such a wealth of material. Tebay’s favourite story? An infamous birthday party in the 1800s that saw the hotel’s central courtyard barricaded and flooded in 4ft of water so guests could float around on gondolas. "The Italian tenor Enrico Caruso sang and a baby elephant towed out a 5ft birthday cake as part of the finale."

Tebay is planning to make a more understated splash. When the American Bar opens later this autumn, her new menu won’t be far behind. So what can we expect? Her style is rooted in her background. "In New York I studied pastry at the same time as learning about cocktails at Death & Co – I realised the chemistry and flavour combinations, technique, order of operations, were the same. I think about bartending in a way a chef approaches a kitchen."

Her drinks are minimalist in constitution and appearance. "I shy away from ornate presentations and let the drink speak for itself. It’s about working smarter, not harder – a streamlined approach. An interesting drink made with as few ingredients as possible to me is more of a challenge than jamming a lot of unnecessary ingredients into a cocktail.

"Anytime I can come up with a flavour combination that is dynamic with ingredients straight out of the bottle, as opposed to bespoke, house-made, I get excited. I’d like my cocktails to be continued to be made."

So you have one eye on creating classics? "Don’t we all?" Some more than others. But if legacy is an ambition, the cradle of so many classic cocktails and lionised bartenders can’t be a bad place to be.