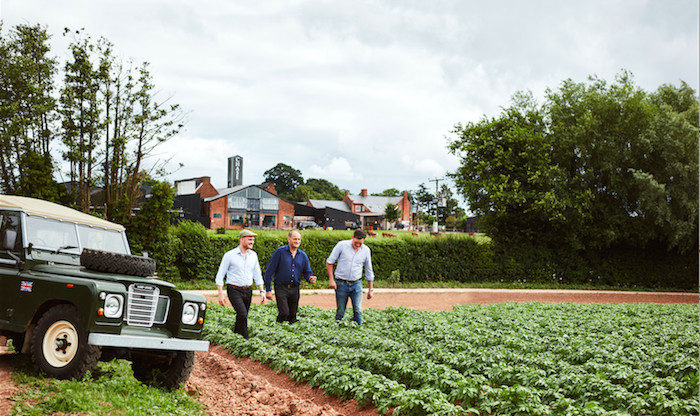 Diageo has completed the acquisition of Herefordshire-based craft spirits firm Chase Distillery for an undisclosed fee.

The news, which follows the announcement of an agreement between Chase and Diageo on 26 October 2020, is the latest in a long line of craft gin acquisitions.

William Chase founded Chase Distillery, which produces much of its spirits from its farm-grown potatoes, from the proceeds of the £40m sale of Tyrrells Crisps in 2008.

Chase Distillery - which has a strong bartender following - held the the annual musical festival Rock The Farm for the trade.

Dayalan Nayager, managing director, Diageo Great Britain said: “We are delighted to welcome Chase Distillery and its quintessentially British portfolio of high quality, crafted brands to Diageo. We are very much looking forward to working with the Chase team to build on the portfolio’s considerable potential.”

James Chase, director and son of William Chase, said on agreeing the deal: “Since 2008, when Chase kick-started the UK’s craft spirit revolution, we’ve built Chase into a much-loved vodka and gin brand, constantly innovating and changing the way people appreciate and drink spirits.

"Taking inspiration from the early days of the craft spirits scene in the USA, we wanted to use a surplus of potatoes that were too small for Dad’s crisp brand, or too wonky to sell as spuds, so we worked with an artisanal still maker to build Chase Distillery in our rural corner of Herefordshire. It seems like only yesterday that we set out to tell our story at the local farmers’ markets and city cocktail bars.

“For Chase Distillery, it will be business as usual and I will be here every day making sure our quality remains unrivalled and that our farm distillery in Herefordshire is a must visit for any gin or vodka enthusiast. Diageo believes in the potential of our award-winning spirits and are looking forward to working with the Chase team to build on our mission to develop our sustainable distillery for generations to come.”