The Daiquiri: Cuba's gift to the cocktail world
by Jane Ryan / 19 February, 2019 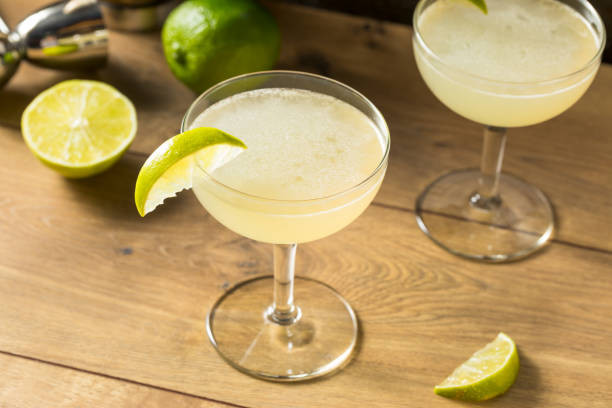 Jane Ryan leafs through the nebulous history of the Daiquiri. It’s the ultimate bartender drink and its fundamental constitution has rarely been improved over the years, she says.

Known throughout the States as the first true classic cocktail to be invented beyond US borders, the Daiquiri’s history has been described by the industry’s favourite historian as “one of mixology’s great open questions”. In fact, its Cuban history is so murky that even in his book Imbibe, David Wondrich doesn’t bother to go into it.

He does make an astute observation though, in an article for Esquire, saying: “In fact, the Daiquiri represents such an obvious marriage between local ingredients – rum, sugar, limes – and American technology – cocktail shaker, ice – that it would take an idiot to not invent it.”

American engineer Jennings Stockton Cox was, history says, the man who used those ingredients and the technology to prove he was not so foolish. Some versions of the story talk of Cox’s workers receiving their monthly ration of rum which they’d mix with their evening coffee. The ritual allegedly inspired Cox to begin experimenting with the local island spirit, at the time Bacardi. Another version places Cox with a fellow visiting engineer when the two men set about mixing up a cocktail with the ingredients to hand: lime, rum and sugar. Cox’s granddaughter, however, claims he had been hosting a group of Americans when they drank the last few drops of gin. Wary of serving neat Cuban rum to these foreigners he mixed it with lime and sugar.

However the Daiquiri came to be invented, by the mid-1910s the cocktail had journeyed from the shores of Havana across the States, and brought with it a passion for rum.

What makes a good classic Daiquiri though? And how does it often find itself on the tart side of sour or the syrupy side of sweet? “If you get the perfect balance of sweet and sour,” senior bartender at Dandelyan Dan Garnell says, “then the rum shines through. But get the ratios wrong on any of the three ingredients and there’s nothing to hide behind. You’ll simply drown out the other flavours.”

Garnell’s ultimate recipe is 60-20-20, in case you want to test him out. In the past century since its inception, the Daiquiri can be said to have stood the test of time. We’re still drinking it at the very least, which is more than can be said for many of its contemporaries. Over these 100 years we, the bartending community, haven’t always treated it very well though.

It has been blended, twisted, made fruity, turned into a Snaquiri, jellified, solidified and re-liquefied. Rarely has it been improved. In fact, not one bartender has stepped forward from the ranks in all its history to save it from itself.

Why? Well, as Wondrich pointed out, it would take an idiot not to invent it. And as Garnell says: “It’s impossible to make it your drink. Once you’ve got the balance right there are no more variables.” So what of its twists? Perhaps surprisingly I’d like to argue the case for the strawberry version of this old classic. Unfairly thought of as a disco-style drink, Strawberry Daiquiris, when properly made, can be a balanced and refreshing cocktail. Over at El Floridita, Havana’s bar known as ‘the cradle of the Daiquiri’, the strawberry version closely follows a classic blended Daiquiri recipe, simply replacing some white sugar with strawberry liqueur.

Then there’s the Hemingway Daiquiri, from the same bar, named after the man himself who went in, ordered the house Daiquiri, took a sip and apparently said: “That's good, but I prefer it without the sugar and twice the rum.” A few years later Antonio Meilan, then head bartender, added grapefruit juice and maraschino liqueur to boost the flavour and add some much needed sweetness.

There are great twists. They don’t really improve the classic though. Two London bartenders, one working for LAB and the other for Match Group, circa 2006, separately managed to achieve what a century of people mixing drinks could not. Two improvements.

The first is the Nuclear Daiquiri, lethal but delicious, offering a harmonious balance between the sweet syrup, the clean citrus and the herbal Chartreuse to round out the knock-your-socks-off rum. This was from Gregor De Gruyther.

The second comes from Kevin Armstrong, who, if you know his work, proves the rule time and again that a dash of pash solves everything. In his Dry Daiquiri a playful 5ml of passionfruit is a perfect complement to the drink’s other unusual ingredient, Campari. Those astringent bitter notes from the shockingly red and herbaceous liqueur change the Daiquiri from a cocktail you can knock back with ease into something you need to court and work a little bit harder for. But before it topples over the brink of unattainable, that dash of pash just pulls it back.

Why has the Daiquiri stuck around for so long without ever having a proper revival though? A no-frills lime, rum and sugar Daiquiri has so far failed to make the public truly fall in love with it. Even drinkers at El Floridita opt for strawberry or banana. My theory is this: it’s us. It’s bartenders wanting icy cold simplicity that they don’t have to think about too deeply. It’s a measuring stick for inherent talent – a great marker of someone’s ability to balance a drink without big flavours to hide behind. So it hangs around, pressed into warm, sweaty palms in basement tiki bars or thrown back as a parting shot. It’s a bartender’s handshake. It is, in its naked form, entirely about the drinks industry. The one classic that we don’t have to share.