The reappearance of Chris Moore
by Hamish Smith / 17 February, 2021 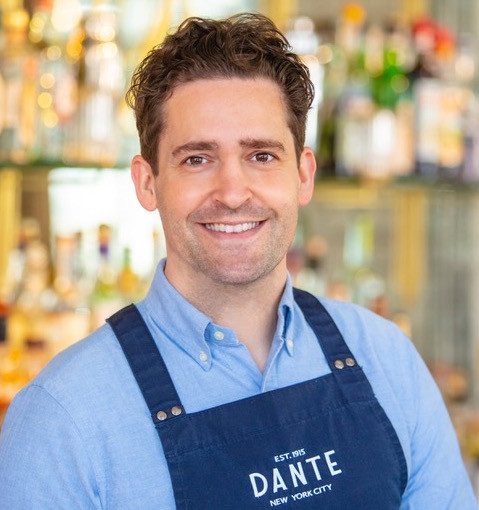 A leading light of London’s bar scene, in a puff Chris Moore disappeared. Hamish Smith finds him in plain sight.

Less than a year and a half ago Chris Moore was one of the most visible figures in the cocktail game. His London bar, Coupette, was a darling of the drinks-discerning and Moore co-led a new age of bars pushing ingredient-forward cocktails in unfussy environs. He was the hotel man that wasn’t afraid to take his apron to the East and for a period, everything he touched was gold. Liquid gold: drinks such as the Champagne Pina Colada (and Apples), drew international acclaim. He took CLASS’s Cocktail of the Year award two years on the trot.

But then came the shock announcement. “Winning professionally meant losing personally,” he told CLASS sister title Drinks International. “Since I opened Coupette, my wife and I separated, I lost my home. I need to rebuild my foundation. All I care about now is being happy.”

It was a cautionary tale of how life at the sharp end of our industry isn’t all smiling for the camera – beware the withering effect on body and mind.

That was November 2019 and in the proceeding pandemic months, Moore’s absence was just another missing pixel of a scrambled picture. Those closest to him will have kept tabs but otherwise, there was only silence. No grand social media post, no press release, but after months in the wilderness, Moore had landed softly. In America, in New York, and in – at the time – the World’s Best Bar. Since September Moore has been the beverage director at Dante.

“It’s not general knowledge - I haven’t put anything out on social media and deliberately so, I didn’t want to be shouting about it at a time like this,” he says. “I just want to put out the message that I’m good – I’m ok. When we last spoke I wasn’t in a great place, but the way the story was interpreted by a lot of people was that I was in the depths of depression – it wasn’t like that. I was at a point where if I continued down that road I’d have been in a bad place. Speaking to you now is closing a loop for me.”

Pretty quickly after joining, Moore took over responsibility for the original Dante and its new West Village sister site. “Coming here is about me integrating and building on what Dante has done before, rather than trying to revolutionise it,” he says. “I’ve always been a huge fan of Dante and just want to continue the work that they’ve done."

But what of that knack for creating instant neo-classics? “The first thing I did was to offer a range of hot drinks. I did a twist on hot buttered rum and a malt cider – calvados based of course. There was a smoked hot toddy and a Warm Pimm’s Cup (pictured). My drinks are normally labour intensive so I’ve learned how to make them in volume." 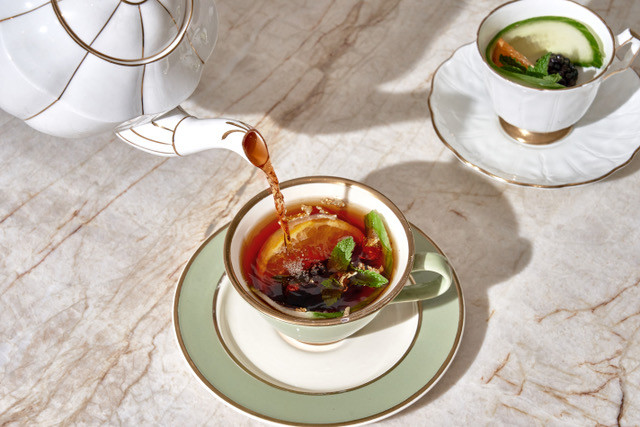 Moore seems happy. He’s living close to Manhattan’s East Village and is back in the thrust of operations. “Being back in the thick of things is amazing – I love it. I’d missed the adrenaline of service every day.” He also oversees a bottled cocktail business which has kept the bar – and its staff - in work. “Dante did an amazing job with bottled cocktails during lockdown – they almost owned bottled cocktails in New York. Over Christmas we were doing over a thousand bottles a week to-go. We have partnerships with restaurants. The logistics involved is huge.”

This was important in a period when service was outdoor only and constrained under a 10pm curfew. “New Yorkers are tough,” says Moore. “If they want to go out and eat and drink, they’re going to do it. They’ll sit outside and eat in the snow. You feel for the servers – waiting tables in -3C. I’ve not visited too many bars – I’m not quite adjusted to sitting outside bars in minus temperatures.” Limited indoor dining/drinking (up to 25%) is now allowed. “We’re aiming at June for things to return to something like normal.”

But getting here hadn’t been easy. In February last year, Moore got the call from Dante. He was flown out – the offer was agreed and then came the pandemic. It was five months of bureaucratic acrobatics to get his three-year visa approved and get into the country. “Dante’s owners Linden Pride and Nathalie Hudson kept faith with me throughout the process. With everything that happened it would’ve been very easy for them to say ‘sorry, everything has changed and we can’t bring you over anymore’ but they stuck with me.”

In the end, Moore gained entry to the US via a two-week stay in Mexico. “The lawyers did a good job – it was very creative.” Something of an adventure, compared to his previous five months spent at his mum’s in the Coventry suburbs. There he’d found peace and quiet, eaten well, trained hard and abstained from alcohol. It wasn’t a mountain top in Tibet, but it had a home printer.

It’ll be New York for the foreseeable for Moore. He intends to see his visa out and, right now, envisages staying longer. “I’ve no plans to live anywhere else. I love London but I’d reached a point where there was nothing else I needed from it. New York is a vast expanse of possibility. It has an indefinable energy that I don’t think exists anywhere else.”