The bartender's guide to Birmingham
by Samuel Boulton / 14 November, 2022 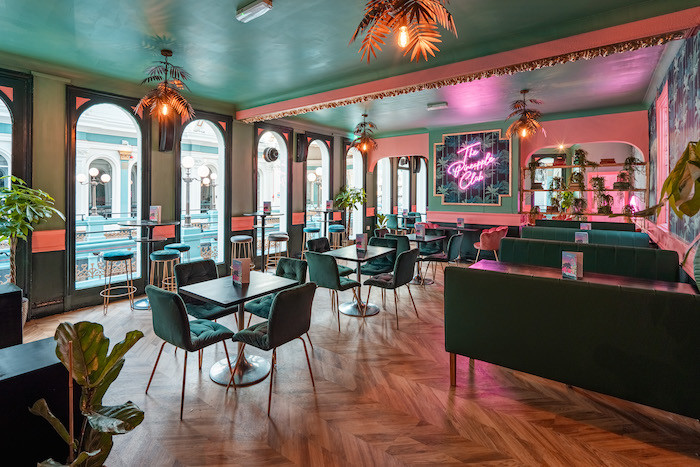 The UK’s second-largest city has much to offer in terms of cultural history – and it’s hard to beat for fine dining too. But it’s the drinks that Samuel Boulton is on the trail of.

Birmingham is a wonderful city. UB40, Black Sabbath, Lord of The Rings and Cadbury’s chocolate – Birmingham is home to them all and they’re just a few of our global accolades. The city centre is home to four Michelin-starred restaurants and more Michelin-recommended restaurants than I care to count. As well as this we have a plethora of independent, street food and casual dining restaurants. It’s safe to say we have you covered on food.

Drinks are another story – there are diamonds, but hidden in the back streets, behind the chains and the nationals, they are harder to find. I am here to help.

Typically, you’ll arrive in Brum via New Street station, so your first stop should be Tiger Bites Pig just a couple of minutes’ walk from the station. An independent local bao restaurant, it’s perfect for a snack after a long journey (the chicken is my personal favourite).

Once you’ve had your fill of fluffy steamed bun, take a short walk just a few minutes up the road to Fox & Chance, one of the best classic cocktail bars the city has to offer. Offering a laid back, relaxed atmosphere and cocktails of the highest quality, make sure to try their Irish Coffee using locally roasted beans. If you’re looking to kick the atmosphere up a notch, The Pineapple Club – my own place – offers amazing cocktails, South American food and lively music.

It may be you’re looking for a night off the cocktails – Birmingham has an amazing craft beer and wine scene. Tilt is a unique find, being a coffee, craft beer and pinball bar. Specialising in hard to find beers (especially American canned), it boasts a modest selection of around 50 beers – a craft beer lover’s dream. Once you’ve chosen your beers you can enjoy endless games of pinball from a selection of machines; just make sure you bring a pocket of £1 coins that you’ll no doubt leave without.

For wine, we have the Connolly family behind Arch 13, who have been supplying Brummies with booze since the late 1800s. Arch 13 specialises in great wine and great cheese. Pick from a vast selection of drink in and takeaway bottles and enjoy some specialist cheese small plates.

Once you’ve had your fill of casual drinking, you may be in the mood for something a bit different. If you’re partial to something out of the ordinary, make a booking at my own Shibuya Underground, the UK’s only tasting menu cocktail and sake bar, with a fully trained sake sommelier team. Shibuya offers two six-course drinks menus – sake or Japanese-inspired cocktails – allowing you to delve into a mini experience of Japan. Not too far from Shibuya Underground is Sushi Passion, one of the best sushi joints in the UK and a perfect spot for dinner while you’re in the area.

If experiential drinking evenings are your thing, Grain & Glass (formally known as The Birmingham Whisky Club) in Birmingham’s famous Jewellery Quarter is not only a great whisky bar with a huge range of scotch and world whiskies, but also offers whisky tasting experiences in its custom-built tasting room headed by one of the UK’s leading whisky experts, Amy Seton, and her team. Side note – about 50m from its front door is an original Banksy, painted in December 2019 highlighting homelessness. 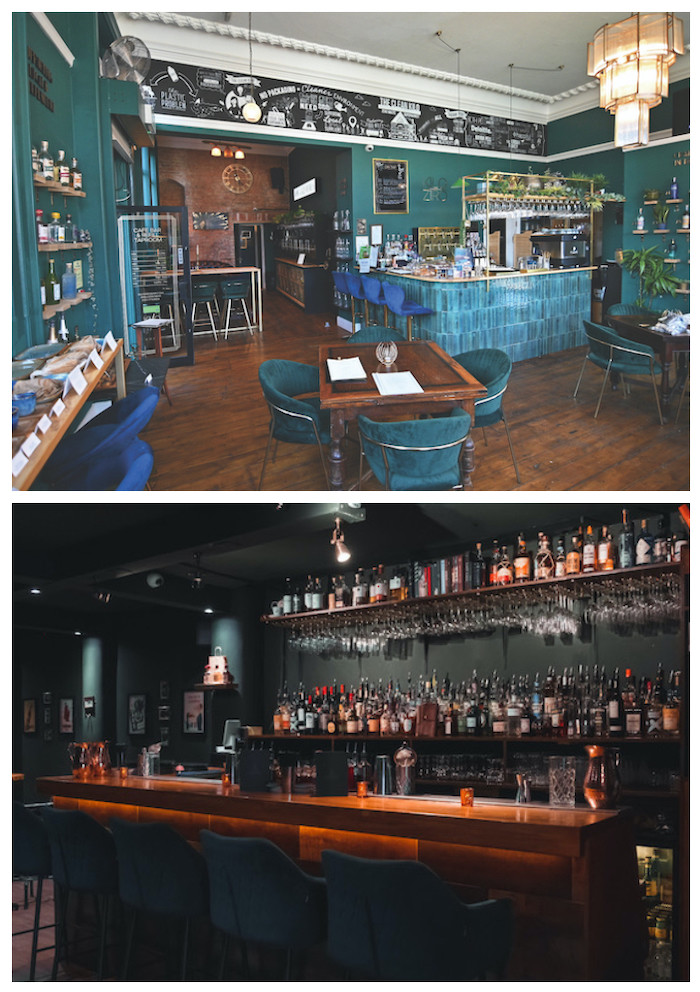 While you’re in the Jewellery Quarter, you’ll only be a short walk from some of the best food spots the city has to offer. Make sure you add Tierra Tacos and Trentina to your list.

If you’re not looking to be in the busy city centre, Digbeth is Birmingham’s answer to Shoreditch. Centred around the old Alfred Bird’s custard factory, Digbeth is the home to most of the city’s independent businesses.

For cocktails, Kilo Ziro is a must. As the UK’s first zero waste bar, owned and operated by Clean Kilo (a Brummie based zero waste shop), Kilo Ziro offers up cocktails with a cause and is definitely a great stop for drinks.

Around the corner you have another great bar, Wine Freedom. Specialising in natural wine, this is very much a wine bar with a difference. Based in an old warehouse, full of plants and a bar constructed from pallets, Wine Freedom aims to make wine “not wanky” and accessible for everyone.

Birmingham is known for its nightlife and Broad Street is the typical haunt for hen/stag dos, but it’s very rare you’ll see the locals there. Late night, you’re more likely find the natives in Mama Roux’s. Topping off our Digbeth tour with an independent nightlife venue boasting some of the best live music and DJs the city has to offer, Mama Roux’s is your go-to spot for late-night fun.

Finally, if you’re having a prolonged stay in the city with a bit of time to travel, there are a couple of top spots to try. First is Couch, just 20 minutes away from the city centre by car or train; a great neighbourhood cocktail bar surrounded by more great food and drink establishments. The second is Hampton Manor, about 25 minutes’ train ride from the city centre. It boasts not only one of the best bakeries in Birmingham but also a Michelin-starred restaurant along with two more on the Michelin radar.

Editor's note: this article was written before the Autumn launches of Passing Fancies and Atelier, which would both make good additions to your Birmingham bar crawl.