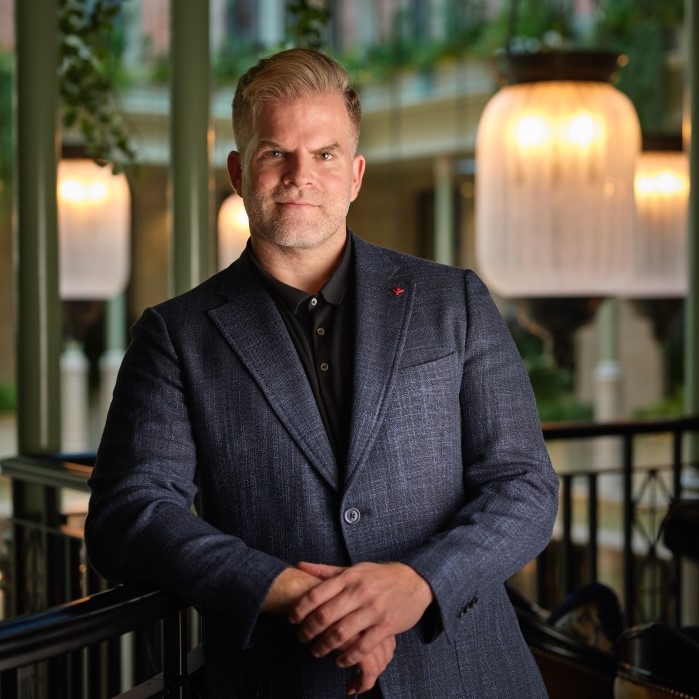 On 28 September, NoMad London will launch Common Decency, the final subterranean piece to the hotel’s bar program. CLASS sat down with Leo Robitschek, vice president of food and beverage for Sydell Group which owns the NoMad hotel chain, ahead of the launch.

“We created the concept for Common Decency before the pandemic,” explains Robitschek. “It was always supposed to be the high-volume cocktail bar that NoMad is known for, but the pandemic happened.”

NoMad London’s launch has been a staggered start. The hotel was originally due to open its doors in December 2020 before the pandemic had other ideas, but while the postponements gave the hotel team headaches, outside the buzz of excitement grew. When the hotel finally launched in May 2021, it was to fanfare and its bar Side Hustle was an instant hit. Now, more than a year on, the final piece Common Decency is poised to open.

“Besides Side Hustle, it’s the first time that we’ve created a bar that wasn’t the NoMad bar or a restaurant bar,” says Robitschek.

“We wanted to give the bar its own unique point of view. That is invested in the city and inspired by the building. The NoMad London building was a magistrate’s court and the first police station that existed in the world. It was originally built in the 1700s because there were so many crimes that were linked to Common Decency laws because of the gin craze that they needed to establish a police station instead of just having community policing. Over the years, so many prominent people were arrested there, Casanova, the Kray Twins, Oscar Wilde.

“We wanted to create something that embraced this history with a sense of duality and exploration. Something where beautiful design is juxtaposed with warm, friendly hospitality but always with a sense of exploration and fun. We want to be technically perfect from a hospitality standpoint but also personable, tailored and not at all formal or stuffy.”

The bar will be 110-covers including standing and snugs that can be booked for parties of six to twelve. The idea is to create a space that feels as comfortable pre-dinner as it does as a night out, with an emphasis placed firmly on fun.

“We want to create a version of a high-volume cocktail bar but through the lens of something a bit more fun and rambunctious,” explains Robitschek. “It’s not going to be a dance party, but we’ll have a DJ, it’s a space that’s meant to be a cocktail bar that’s a little bit frivolous and fun and where it feels like you’re going out.”

Common Decency will share its team with the other drinks spaces within NoMad London. Bar director Liana Oster will be overseeing the new launch, joined by head bartender Adam Hussein and the team will be buoyed by the return of Davide Segat who rejoins NoMad following a stint in Ibiza.

For its menu, the team has created a concept for an ever-changing list of 16 cocktails informed by hyper-seasonality.

“One thing that we love about London is that seasonality works in such a different way than in any of our other locations,” says Robitschek.

“In New York, you have four distinct seasons. You have things that grow within a hundred miles and are available once a year during those seasons. In London, there are so many micro-seasons. Not only is there the extension of the whole of the UK but also there’s Europe. You have different products available that are unique in different seasons. A tomato grown at the beginning of summer in Italy or Spain tastes totally different from a tomato grown in the late summer in the UK. The produce and seasonality here are so different to anywhere that I’ve worked.

“All of the 16 cocktails will be ingredient-based. Each one of the ingredients is seasonal or hyper-seasonal showcased in two different cocktails - one that is classically driven and the other that is more technique driven. As soon as we’re out of an ingredient another one will come on, so the menu will be constantly changing depending on what’s available.”