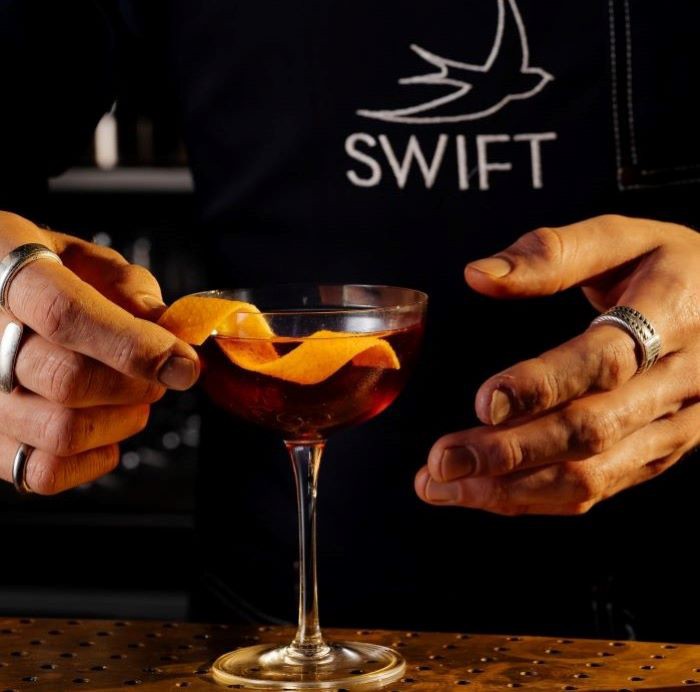 The team behind London cocktail bars Swift Soho and Swift Shoreditch have announced the opening of a third site in South London this October.

“Borough is such a quintessential part of London, known the world over for its amazing produce, restaurants and nightlife,” said co-founder Bobby Hiddleston.

“We are delighted to have the opportunity to collaborate with such a vibrant community to bring our vision of Swift Borough to life.”

The new team will be led by venue manager Rachel Reid, who began her career with Swift in 2019, quickly rising the ranks to senior bartender at Swift Soho.

The two-storey venue will mirror the Soho original. Upstairs, a bright, no-reservations space with a menu of classic-inspired and aperitivo drinks. Downstairs, a more intimate, seated-only area with an original, high-concept menu.