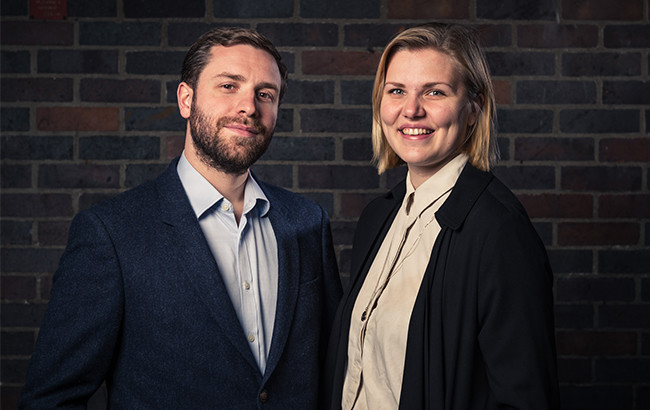 Mia Johansson and Bobby Hiddleston have launched a second branch of Swift. They talk to Hamish Smith about opening and trading in central London during the pandemic.

So, Swift Shoreditch – a brave move. Tell us about it...

Our new Shoreditch site is based on the upstairs floor of Soho. So light and bright, lots of aperitifs – a very relaxed bar that is comfortable both in the daytime and in the evening. The team has created an absolutely brilliant cocktail menu, and we have expanded our food offering to include toasties, waffles and a couple light bites as well. We can’t wait to show it off properly.

It’s been a different launch to what we are used to, but our guests are very understanding of everything that’s going on and so far we have had a very positive reception. We have had a great push from industry coming to visit but, like most other bars back open right now, it still feels like we are stifled somewhat. It’s obviously essential to limit footfall and maintain safe distances, but we can’t wait until we can put more seats at the bar and have the atmosphere of a full, buzzing bar again.

With far fewer tourists and office workers, what are Soho and Shoreditch looking like right now?

The two sites are operating very differently. Westminster Council has pedestrianised most of Soho, so we currently have an outside seating area, which has been a godsend. It feels like old Soho, and everyone I’ve spoken to wants it to be a more permanent thing. Shoreditch does not have that luxury, but we are in an area traditionally affiliated with bars and nightlife, so our evening trade is quite solid. What we are missing at the moment is the day trade – with most offices not back, there is nowhere near as much footfall in Shoreditch as there used to be.

What are your key concerns right now as operators?

Our biggest fear is another outbreak and another lockdown. It’s devastating to see so many established businesses falling victim to Covid – it doesn’t seem to matter how well you are doing, something can happen around the corner that can crush a small businesses. We worked so hard to keep our staff happy and safe during lockdown, it would be remarkably difficult a second time.

Have you noticed any changes to consumer behaviour?

Swift has always been a bar of classics and comfort drinks, so it’s quite hard to identify if people are drinking “safer” or if they just like the drinks we usually make. Our demographic hasn’t really shifted much – but we’ve seen a slight drop off in high-end whiskies, which doesn’t shock me. Food is always important. The US and continental Europe have known this for ages but, with exceptions, the UK has lagged behind on food. We hope it becomes completely normal for bars to have a much more complete food offering.

How do you see London’s recovery playing out?

It will take a while to recover. Part of London’s identity in the bar scene is its hotel bars, and the hotels have arguably been the most affected. A huge amount of international talent went home and London relies more on tourism than any other city in the UK. There is potential for other British cities to shine once this is all over, and that can only be a good thing as there is such a wealth of talent that gets overlooked. Across the country, though, nobody will be able to operate fully until the virus is eradicated or controlled properly. Until people know they are not going to contract a deadly disease in a public place, bars, pubs, clubs, theatres, stadiums and festival will not be the same. It will happen, but it will take time.