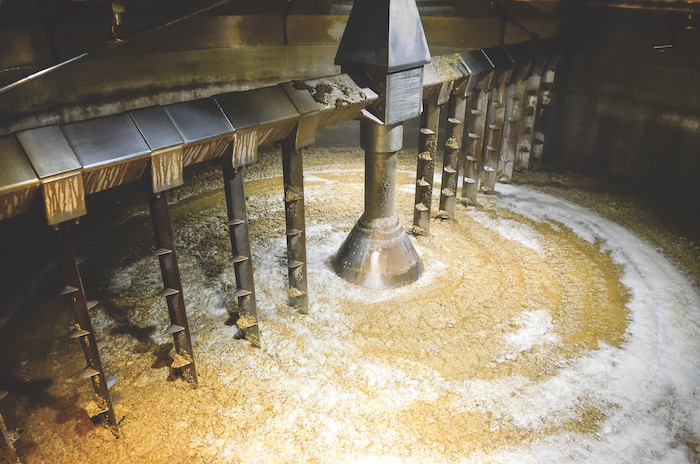 New distilleries are springing up and while single pot still remains key, many are also turning to easier-to-market single malts. Oli Dodd assesses the situation in Ireland.

It’s not often that you get a second chance to make a first impression, but that is the tale of Irish whiskey. Once responsible for 70% of the world’s whisk(e)y, and even outselling Scotch in Scotland, by the 1970s production was at 3% of its 1900 volume. But then came the recovery and by the end of the 2010s the Irish whiskey industry was well and truly rehabilitated.

According to Drinks Ireland, the decade saw Irish whiskey become the world’s fastest-growing spirits category; annual sales grew from less than five million cases in 2010 to 12 million in 2020, and the country’s distilleries increased from four to 38.

With the growth came a need to define Irish whiskey’s 21st-century identity, and for the brands pulling in a lot of plaudits, like Redbreast and Spot whiskey, single pot still was the flagship expression of Irish whiskey. And that made sense. Single pot still is uniquely Irish and so it was fitting that it made up the finest taoscáns coming out of the newly reawakened region.

Recently, liquids from the 30-something new distilleries have come to market, interestingly wearing a different label more associated with brands from across the North Channel - single malt.

“Single pot can still be the jewel in the crown but it’s not there yet by a long shot,” says Bernard Walsh, who founded Walsh Whiskey in 1999 and, through the Writers’ Tears and The Irishman brands, has had no small hand in the Irish revival.

“We’re still in the infancy of the renaissance of Irish whiskey, it’s been an overnight success happening over the past 20 years, so you have to expect movements and shifts.

“The new guys who got involved in distilling pot may have found that pot is a little more difficult to make than they thought, it’s complex and the yield isn’t necessarily there. Single malt, on the other hand, is pretty straightforward, so a lot of the small start-ups have decided to run a single malt for the time being.

The production method of single malt and single pot still aren’t dissimilar, but the inclusion of unmalted barley in the mash bill makes pot still the more difficult to master. But not just a pre-season friendly, Irish single malt can be a gateway to Scotch fans in need of reintroduction.

“The style of whiskey that once made Irish whiskey the most popular in the world was pot still,” says Aaron Wall, co-founder of Homeboy bars.

“All of these new Irish whiskeys that come out will want to make a banging pot still but I think, to the average customer, pot still isn’t well understood. Single malts are more familiar to consumers who generally have an interest in Scotch. So, for newer brands which may not be able to make their own pot still, they’re hitting notes that people already know.”

Diversity adds richness but there are more teething problems facing the modern Irish whiskey category than whether single malt or single pot flies the flag in the short term.

“Having specific subcategories helps Irish whiskey stand out,” says Bobby Hiddleston, owner of Swift. “The problem Irish whiskey has is that the influx of new distilleries makes it increasingly difficult to find good products in the glut of mediocre, rushed-to-market liquids, irrespective of subcategory.

“[These brands] dilute the category. It confuses the consumer and bores the on-trade to see new release after new release of average whiskey.

“If the whiskey professionals are having trouble, then the average consumer has no chance. Quality over quantity is the only long-term strategy that
will work.”

Part of what makes growing up in public so difficult is that the mistakes often arrive with fanfare.

“It’s part of the growing pains,” says Walsh. “There is a plethora of young whiskey makers who have put their last few shillings into this and probably feel obliged to sell every last drop to put some bread on the table, but there’s an inconsistency between batches and there’s a little bit of inexperience there.”

The rehabilitation of Irish whiskey may be complete but there’s a difference between not being sick and being fully formed. Irish whiskey’s identity is being fine tuned with every new distillery and each new release.

With quality and heritage on its side, it’s likely that pot still will be the jewel in the Irish whiskey crown, but that’s not to say that single malt should be left to the Scots, and once the less-than-polished new blood comes of age, fans of Irish whiskey should feel lucky to finally have a region with range.