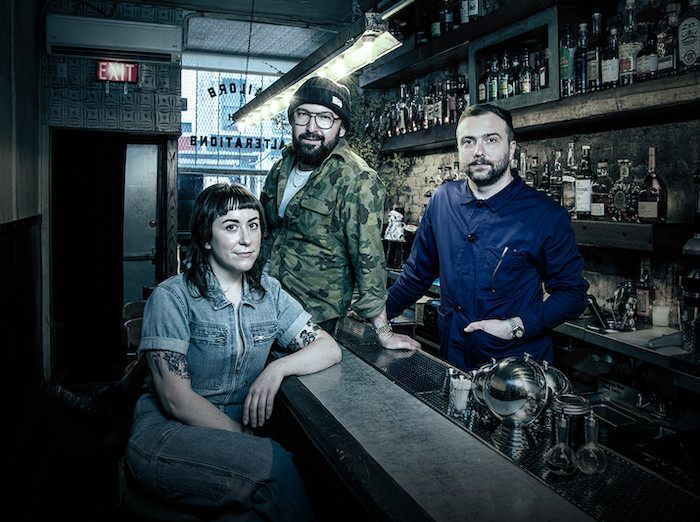 The guest shift, which is in partnership with Boatyard Distillery, will see founders Michael McIlroy and Sam Ross plus the bar’s current steward Haley Traub taking over Schofield's from 5pm to 9pm on Wednesday May 18th.

McIlroy and Ross are two former charges of Milk & Honey New York - widely considered to be the most influential bar of contemporary history - and were personally responsible for the creation of neo-classics the Penicillin, Paper Plane and Greenpoint.

Attaboy debuted in The World’s 50 Best Bars in 2013 and has been present in the list ever since.

McIlroy told Class: "Aside from being our friends, Dan and Joe are two of the most upstanding people in our industry. We're cut from the same cloth when it comes to drink making and style, so we're beyond excited to finally bring Attaboy to Manchester and behind the bar at Schofield's Bar. With Boatyard Gin involved also this has all the hallmarks of being the best pop up of 2022."

Daniel Schofield, co-founder of Schofield’s, said: “From the start of our careers, we’ve always looked up to and admired Sam Ross and Michael McIlroy. It goes without saying how much influence the Milk & Honey family have had on the global bar scene. In our opinion, Sam and Michael are two of the best bartenders and bar owners on the planet.

“It’s a real career highlight to have them both doing an event with us at Schofield’s Bar. In one of our more recent visits to Attaboy, we were lucky enough to be hosted by Haley Traub, who Sam and Michael have entrusted to run their bar, a truly world-class bartender and host in their own right, who will also be joining us for the event.”

Declan McGurk, commercial director of The Boatyard Distillery, added: "Attaboy makes the hairs stand on the back of my neck every time I visit. There is something magical that cannot be copied in that room. On my first visit to Schofield's I walked in and felt the same. To have both of these forces collaborate is something else, and I am going to enjoy those Martinis."