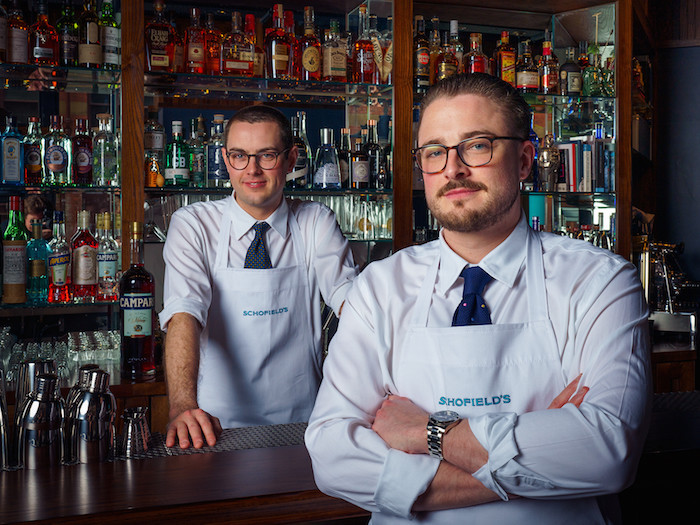 The Schofield brothers will enter the restaurant space, taking over Tom Kerridge’s restaurant at the Stock Exchange Hotel in Manchester from February 2023.

Kerridge and the owner of Stock Exchange, Garry Neville, recently announced they have agreed to part ways and close The Bull & Bear in the new year.

Following on from the launches of Schofield’s Bar, Atomeca and Stirling – also in the Stock Exchange Hotel – the new restaurant marks Joe and Daniel Schofield’s fourth launch in 18 months.

Reed-Cooper has worked for Simon Rogan at The French, Sam Buckley at Where The Light Gets In and at Manchester’s only Michelin-starred restaurant MANA.

Joe Schofield told Class that the food and venue style is best described as “British Brasserie, with touches of elegance from continental Europe, all served with a homely and comforting flavours from the UK”.

He and Brandwood have a collective 15 years of experience working in “world class” restaurants such as Rockpool Bar and Grill and Jimmy Liks in Australia and Tippling club, among other restaurants in Singapore.

The restaurant – the name of which will be announced in due course - will also see a rebooted cocktail menu, with a separate identity to sister bar Sterling, focusing on “British flavours”.

Joe Schofield added: “Our aim is to create one of the best restaurants in the north of England, right here at Stock Exchange Hotel which is a natural next step in our hospitality career.

“Using the core pillars of the Schofield’s brand, we will transform the former Trading Floor into a space destined for food and drink lovers, whilst providing an expectation-exceeding experience for the residents of the hotel.”