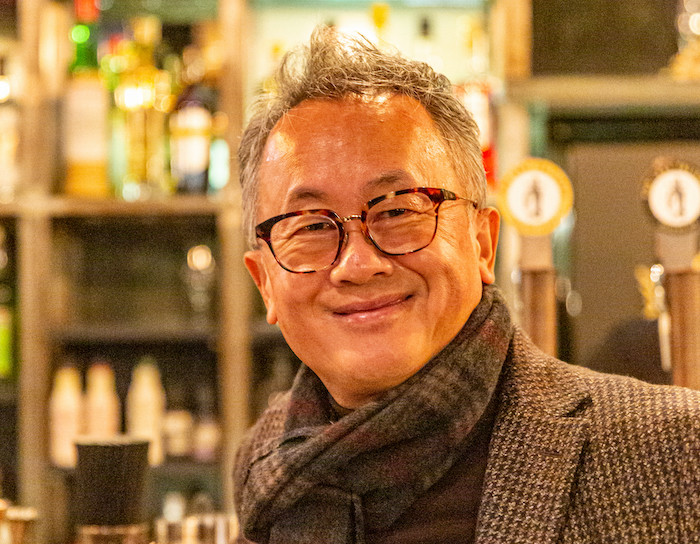 Eric Yu has recently celebrated 30 years of the Breakfast Group. Hamish Smith caught up with the hospitality pioneer to talk about three decades of London venues – and a few more to come.

Thirty years of the Breakfast Group seems a good time to reflect. How have things changed?

When I started out, bars were more about DJs, dance music, recreational drugs and celebrities. Now it’s more about food and drink and quality. So you’re not paying to be in the same bar as David Beckham, or a non-celebrity from Big Brother, you’re paying for the experience.

The drinks have changed a lot. When I started out, no one ordered Old Fashioneds – Sea Breeze (vodka, cranberry and pineapple) was the drink. Back then we were dabbling in cocktails for the first time. Cocktails are a relatively new thing for London bars – before the 2000s, people mainly drank Whisky Macs, G&Ts and beer. After 30 years you realise how fashions change so quickly – no one’s even heard of a Sea Breeze now.

You launched Last Talisman during the pandemic and have followed that up with Martinez. Tell us about how they’re going.

Last Talisman, which I launched with Dre Masso, is going very well. I love Bermondsey Street, it’s one of my favourite places in London. Last Talisman [an Asian Grill with Asian and Latin twisted classics across two bars] is one of the best places I’ve ever done. Martinez, run by Maurice Marshall, is my first members’ bar – I like to do different things each time. I’ve got no interest in cookie-cutter concepts.

And I assume there are more in the works…

There will be two new venues this year – now that I’m chairman (we have a new MD) I’ll have more time for looking for sites, so it could be three by the end of the year.

Lucy Wong is my next concept bar. We’ve found the space and will be opening in September. It’s just north of Oxford Street. It’s inspired by the 1957 novel and 1960 film, The World of Suzie Wong, which is about a prostitute in Hong Kong who has a child who she looks to give a better start in life through an English university education.

I spent some of my youth in Hong Kong before coming to London. This bar is a tribute to my mum. There’ll be a painting of Suzy Wong at the bar – which will be a painting of my mum. I know how it’s going to look; how it’s going to smell. I’m going to make it the best thing I’ve ever done – if it’s true to my mum it can’t be a pile of shit! There’ll be cocktails and Hong Kong-style food.

Thirty year on from my first venue, I think I’m still doing stuff that’s relevant and current. Hopefully, I’ve got some good stuff left in me.

And not just bars, right?

Yes, Dre Masso and I are involved with a mezcal brand. We have a lot of samples come across our desks, and this one Dre thought was special. It’s called Ojo de Dios and we’ll have a stake and promote it in the UK. We’re also going to launch a London Dock rum. We’re bringing rum from Jamaica and blending it here. The mezcal is available now and the rum, depending on how busy we are, will hopefully be this year.