Rioja: the tale of the ubiquitous wine born of chance
by Joe Wadsack / 10 February, 2022 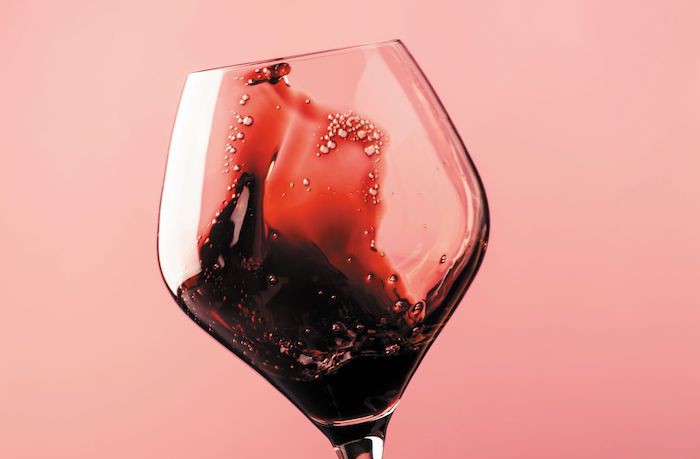 Rioja is a go-to red in the on-trade, but this grand Spanish wine was born out of a large degree of chance. Joe Wadsack tells the tale of Rioja.

Most wine lists have one. In fact, if there is only one red wine on the list, there’s a reasonable chance it will be a Rioja. As happened to me in Tooting market at a barbecue restaurant, the restaurant owner simply said: “What other wine do you need?” Wine drinkers in Britain have had an endless fascination with the product of Spain’s most famous wine district, but why does our love affair with Rioja endure so?

Our mass cultural introduction to all things Spanish started with the jet age and package holidays in the ’70s, but the fact remains that Rioja offers some of the finest, best value, and most versatile wines in the world. Equivalent wine from literally any country will cost you more.

This is largely due to the unusual classification system adopted in Rioja, which largely guarantees that the wine you are drinking has had a chance to age properly, to evolve more complex flavours and assimilate the considerable amount of wood that Rioja is exposed to. Therefore, rather than being whacked around the chops by a big, brightly-fruited, potently alcoholic, wood monster from Australia or California, you get a wine with harmony, subtlety and svelteness, without compromising on the intensity and length of the wine.

Now there are many styles of wine in Rioja, and new ones are being trialled all the time. This has often put traditionalists’ noses out of joint, them preferring the classic style, which is wine aged for a long time in old seasoned casks. Many successful new wines have been made, where a shorter time in partial or 100% new oak barrels is given to create a more tannic, cosmopolitan style of wine. Older drinkers often cite this as nothing less than sacrilege, and a bastardisation of the traditional style.

If I explain how Rioja ‘happened’ in the first place, you may be surprised to discover that, rather than the classic Old World wine region it’s portrayed to be, it is in fact one of the youngest wine regions in the entire world, and has only been making quality wines as long as Chile and Australia and in any reasonable quantity since the Second World War.

In the mid-1800s a Scottish botanist brought experimental vine cuttings from the Americas and propagated them at Kew Gardens. Although the fruit wasn’t very good, the vines clearly had heightened resistance to rot and insect infestation. A joint project was set up to try to cross these American vines with classic varieties at the Enological Institute in Bordeaux (my alma mater).

A couple of hundred American vines from Kew were planted near Haut Brion, just south of the city. Little did anyone know that the roots were riddled with teeny tiny bugs. You can fit 40 on a pin head. What harm could they possibly do? Well, their appetite for soft, juicy European vine roots couldn’t possibly be calculated at the time, but by 1880, 90% of all the vineyards in Bordeaux were dead, and it took only a decade more to infest the rest of Europe.

This cute little bug has three life phases. It eats its body weight each day, has sex and doubles its population, then sprouts wings and can fly 50 miles in every 40-day cycle. No wonder the French decided to call this loveable arthropod Phylloxera Vastatrix (The Destroyer).

So what, you say? Well, there were 3,000 winemakers out of a job in Bordeaux. The rich ones bought passage to Chile and started again. The poor ones figured that Phylloxera couldn’t fly over the Pyrenees so crossed the border and bought large tracts of land along the river Ebro in the region of Rioja. And that’s how it all started. The land was so poor that the region’s administrative capital is called Cenicero, which is Castilian for ‘ashtray’. It so happens that vines love a challenge and suddenly one of the world’s great wines was born.

There are three main regions in Rioja – Rioja Baja (best you steer clear of these wines, unless you’re only after decent wine-box quality at a decent price), Rioja Alavesa (just south of the river and making very promising wines at really good prices. Watch out for the delicious whites coming out of there too), and Rioja Alta, which, for want of a better description, is the Pomerol of Rioja, making often expensive but seriously dreamy, age-worthy wines from the famous estates.

Look out for La Rioja Alta, Cune, Viña Tondonia, Marqués de Riscal, Finca Allende and the fantastic Marqués de Murrieta, maker of the profound and world-famous Castillo Ygay. It’s money baby, but the 2005 is one of the only wines I have ever scored 100/100. To drink now or 20 years after I’m dead. Back in the real world, there is a fantastic value operator from Enotria & Coe called Ramón Bilbao. I’m currently stocking its Reserva 2014 in some restaurants, alongside its gorgeous and inexpensive Rioja Rosado (rosé).

To finish, just a little about the labelling and wording system that Rioja’s producers use. Cheap supermarket Rioja is often labelled ‘joven’ or ‘sin crianza’, which literally means ‘young’ or ‘without ageing’. This is nothing more than Spanish Beaujolais, but tastes great mixed with cola and a couple of wedges of orange. (If it was good enough for Picasso, it’s good enough for me.)

Next up is Crianza, which is wine that has been in oak casks for up to, but not more than, a year. It doesn’t stipulate whether the oak is new or old, so these wines can be surprisingly woody, in the modern way. Next is Reserva. Although these wines tend to be of finer quality, the word ‘reserva’ literally means ‘kept back’. It has been in oak for a minimum of one year then stored in bottle for a minimum of two years. So, basically this is a three to four-year-old Rioja, usually of premium quality.

Finally, you have Gran Reserva. Although from time to time I come across a truly magical example, these wines are rarely ‘better’ than Reservas, because most vineyards and vintages can’t absorb this much oak or handle so much ‘conditioning’ (oxidation). They have a minimum of two years in wood and a further three years in bottle. Most are basically buggered at bottling, with little fruit left.

So, what are you waiting for? Riojas are probably the most versatile food reds on the planet. For me, nothing at all tops it with a roast rib of beef. Just as good with a leg of lamb, or roast duck, and sublime with cubes of Jarlsberg cheese.