What you need to know to navigate prosecco
by Joe Wadsack / 01 February, 2022 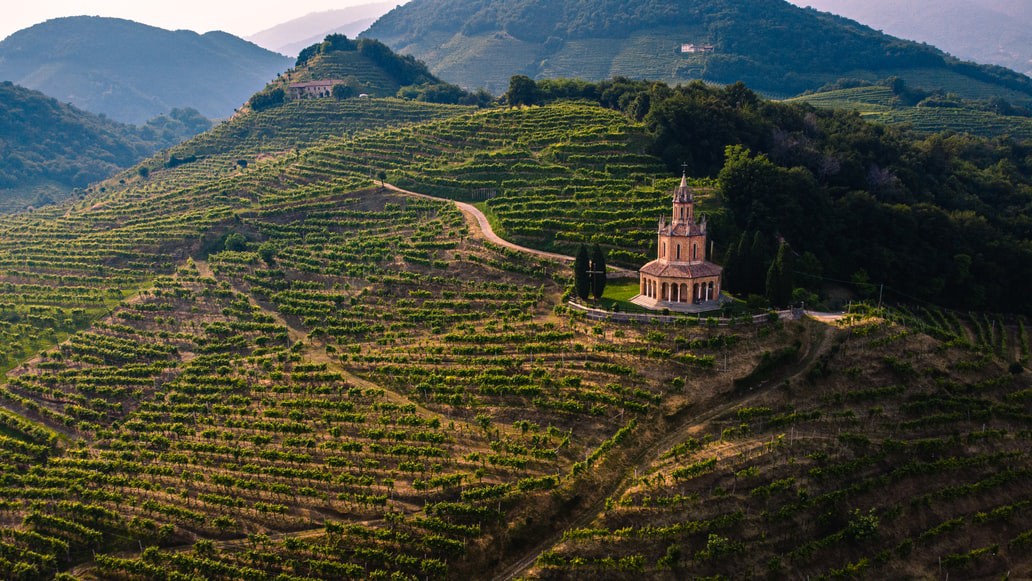 Joe Wadsack isn't exactly the biggest fan of prosecco but his dim view of the Italian fizz isn't without cracks of light – there does exist properly good prosecco, he says.

Prosecco - it’s lager made from grapes, isn’t it? I have spent the past 10 years describing Britain’s most popular wines as precisely this. Is it fair? Well, yes, although more accurately the production methods for making prosecco are more like that of sparkling cider than the techniques used for top-end sparkling wines such as champagne, English fizz, or even cava.

Having said that, I don’t use the lager comment to cast quality aspersions on prosecco as a category, but more to make it quite clear that the manufacturing process has far fewer steps and, in practical terms, is far, far cheaper and less labour intensive.

It’s only fair to point out to regular prosecco drinkers that, although they are drinking sparkling wine at a much lower price than if they were to splash out on champagne each time, there is a bloody good reason for this and, if anything, the bar, the importer and the producer are all making more money out of him or her. You don’t think that it’s cheaper for the customer’s benefit, do you? That was clearly rhetorical.

OK. The upside then. Well, I’d be lying through the gaps in my wine-stained and corroded teeth if I said I hardly touch the stuff. I am a bit picky, but if a glass of half-decent, well-chilled prosecco is offered to me at a party, I am far more inclined to accept it than a can of Foster’s or a bottle of Pacifico Clara out of the ice bin, especially if I’m only staying for one or two.

The fact is that prosecco can be quite good. Good enough. In a few instances, very pleasant indeed. Just like anything, there is good stuff that you pay a reasonable premium for, and there is torrid, tired, sickly stuff that is peddled at a rock-bottom price for all the obvious reasons. Depending on your aims as a bar or restaurant, it really does pay to taste a few side by side to experience that chasm in quality from the top to the bottom.

Try before you buy

If you have a spare few hours one May, I suggest you pop down to The London Wine Fair and have a nose about. There are so many brands, all aimed at different drinking groups, and it’s pretty clear which ones are trying to corner the two-for-one-on-a-Friday-student-union-special and which are trying to chip away at the house champagne market.

Like most wine categories, cheap ones tend to be sweeter and less defined, and pricier ones have more fragrance, a purer aroma, and a satisfyingly crisp, thirst-quenching finish. However, even the fancy ones don’t major on complexity and layers of different flavours. But that isn’t necessarily a bad thing.

Dryness, incisive fruitiness and crispness are all extremely admirable qualities when it comes to selling the stuff as a first-drink-of-the-evening, and even more importantly as a cocktail ingredient. If I ask you what cocktails have prosecco in them, I expect the Bellini and the Venetian Spritz to be top of the list.

However, if the prosecco is good enough and, most importantly, dry enough, I have found it to be a perfectly adequate champagne replacement in some classics. Although you might lose some of the creamy texture of the champagne when replacing it in a French 75, for example, I think it does a far better job than, say, a thick, savoury cava, letting the gin and the lemon sing through much better. I prefer a Bellini to a Mimosa too, by the way, for the same reasons.

So, what are we looking for? Well it is rare to find cheap good prosecco. Like all good drinks, the quality of the raw ingredients is paramount, and the raw ingredients here are grapes. The best raw ingredients come from the best vineyards, and seeing as the grape variety Prosecco, now renamed Glera, has been grown recognisably in the Veneto since the 16th century, you can be damn sure that the Italians have worked out what quality comes from where, and charge accordingly for it.

What, therefore, are we looking for on the label to help us sort the wheat from the chaff? Well, to start with, if it says ‘prosecco frizzante’ on the label, that won’t cut it. This is only semi-sparkling, and the drink will be flatter than a bar top in a couple of minutes. It is cheaper because it is usually inferior quality and, being less than fully sparkling, has a lower tax levy. You need to be looking at wines labelled ‘spumante’ and they must at least have the words Prosecco DOC written somewhere.

If profit and value are the name of the game, there are some good inexpensive wines at this level, but look for ‘brut’. It will be decently dry. ‘Extra-dry’ or ‘dry’ won’t. They will have anywhere between two-and-a-half and seven (yes seven) teaspoons of sugar per litre of wine. That’s the same as in a can of cola. If it doesn’t say DOC, but rather IGT, it is also a no from me.

If you are keen to find something properly decent, you are looking for Prosecco Superiore DOCG, or even Prosecco Conegliano Valdobbiadene Superiore DOCG. You might think that’s easy for me to say, but these wines can only be made from the best hilltop vineyards in the province of Treviso, incidentally the home of Moretti beer.

When Gianluca Vialli was manager of Chelsea football club, the players’ lounge only served good prosecco and Moretti on draught, because he spent his formative years growing up near there. Don’t ask me how I know that. Red till I die, You’ll Never Walk Alone etc.

I digress. There is one level of prosecco that sits above all others, and it is the official Grand Cru of prosecco production. This is Cartizze, a quite tiny vineyard area with as many as 140 growers. Believe it or not, a hectare of vineyards here is valued at nearly €2m, as much as the finest crus in Barolo. The wines are slightly different in style, with the farmers preferring to pick later to give a richer and fruitier taste. Frankly, tasted blind, I think that they are rarely worth the painful premium in price.

Easily available producers to look out for are Bisol, Ruggeri, Carpinè Malvolti, Gioiosa and Villa Sandi. They all make examples from the top to the bottom of the ladder, so choose carefully.