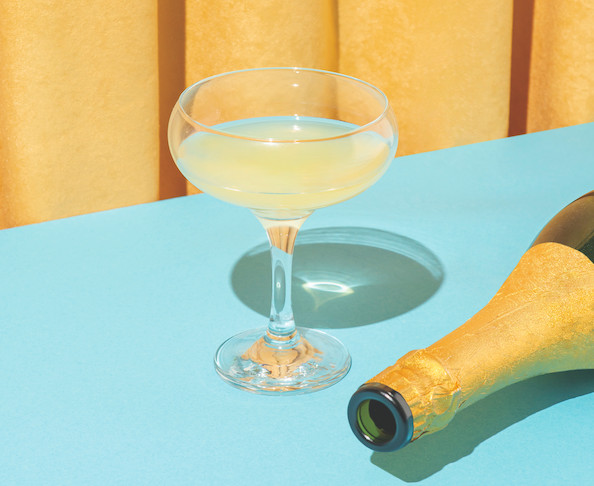 Joe Wadsack gives us his Christmas list of five champagnes everyone should know.

While there is an increasing swell in the tide of premium English sparkling wine, to many Christmas and the New Year wouldn’t be the same without champagne. But, which champagne? I’ve assembled a list of the five champagnes that I can’t do without. Only one rule though. One champagne per brand. Here goes…

Surprised? Well you shouldn’t be. There has been a slow but sure linear improvement in this most iconic of champagnes since I started to drink back in the late eighties. This has to make my list, even if I don’t personally drink it that often, for two very good reasons. First, for a single wine brand that counts for well in excess of 20 million bottles annually, it is supremely consistent. Scarily so. Benoît Gouez, the chef de cave, once demonstrated this to me when I suggested that perhaps different markets might have slightly different ageing times or even quality parameters, by challenging me to pull five bottles from any of the outgoing deliveries in the warehouse; one was destined for Costa Rica, one Russia, one the US and so on. We opened them, and as far as is possible with wines fermented in the bottle they come in, they tasted exactly the same. Incredible. Second, Moët has a middle-of-the-road brand appeal that any other wine could only dream of. Why is this important? Because if I make a champagne cocktail, I need consistency in my serve, so I only use Moët. It is the most widely available and least quirky of all brands. The wrong champagne can literally ruin a cocktail. Why would you use anything else? The late, great Henry Besant taught me that. Oh, and by the way, that T-Shirt that stated “No Moët? No Showy” was misguided. You always pronounce the T.

No other champagne says champagne quite like Pol. In 30 years, I have never had a bad glass of Pol, and once I had tasted it for the first time, whenever I imagine drinking that first mouthwatering sip of creamy, tart-but-silky champagne, It’s actually Pol Roger that I am thinking about. Peerless, great value, and my go-to, despite it being Winston Churchill’s favourite…

If you haven’t heard of Roederer Cristal, you are reading the wrong magazine. It was stacked with controversy when the House of Roederer expressed a little disdain at its new-found popularity among upwardly mobile rap stars back in the ’90s, supposedly filling their Jacuzzis with this most luxurious of wines. The fact is that Roederer, founded in 1776, remains one of the few great champagne houses in family control, and they have an astonishing collection of vineyards to wave a magic wand over whatever wines they decide to produce. A brand very much known for its blockbuster Pinot Noir-driven wines, this is almost the anti-Roederer in the extensive wine line-up.

It has an intoxicatingly deep white-gold and lemon-curd hue to it, and explodes with precise, gorgeously creamy fruit, simultaneously kissed with pineapple and white chocolate. World class in every single way.

Krug is Krug. It’s almost not a champagne. It certainly improves with air, and pairing with all sorts of delicious foods. (It is mad-delicious with a freshly prepared coronation chicken, or chicken tikka masala…) There a violent freshness to Krug that makes it an evening drink only, in my opinion. On pouring into a suitably large glass (it really needs the space to express itself), it appears to effervesce with the vigour of a hot tub. No need to put this one in the Jacuzzi, Mr Puff Snoopy Jazz Dogg. It does that by itself. I opened a bottle given to me by Cathou Seydoux, who is front-of-house at the château, to celebrate the birth of my son. I opened it on Christmas morning to drink while unwrapping presents, but it was so ‘loud’, savoury and savagely dry, that I almost poured it down the sink in disappointment. Something’s wrong, I thought. Thank god, I put it in the refrigerator door to try later, because after The Sound of Music, around seven in the evening, I went back to it, and it had a silky electricity to it, an ultra-complex swagger about it that was so stunning (especially with a stolen slice of turkey breast) that I put it on my all-time top 10 list.

Every muso has a band that they love, partly because they deem them brilliant, almost more importantly, because no one else has ever heard of them. In wine terms, this is mine. I don’t understand why this wine isn’t better known. (I suspect that this is a trade secret, so we can keep it for ourselves. The only people I know who drink it are in the trade.) Taittinger, if pushed to answer, is my favourite champagne marque. It produces Prelude, a stunning non-vintage Grand Cru champagne, and this is made from a gorgeous patchwork of also Grand Cru-rated vineyards in Taittinger family ownership, hence it’s rather clumsy name. It is roughly half Chardonnay and half Pinot Noir, and the latter half is aged in old Bollinger barrels , giving this wine a creamy depth that few champagnes ever reach. To die for, and affordable. Winner winner. Caviar for dinner.