The psychology of menu typefaces
by Charles Spence / 04 November, 2021 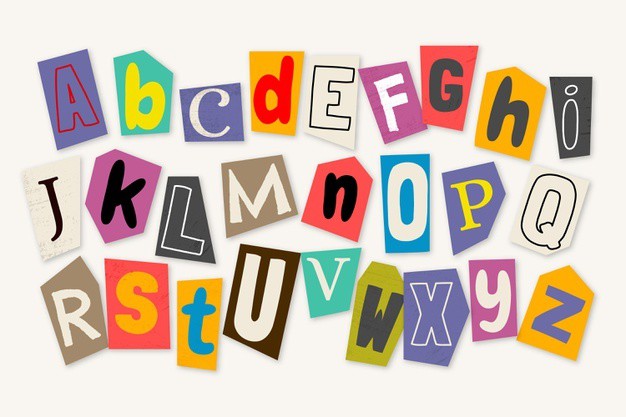 There is growing awareness of how the shape and style of typefaces and logos can influence consumers’ perceptions of tastes and aromas. Prof. Charles Spence dives into the mysterious world of synaesthesia

When was the last time you gave a thought to the typeface on your drinks menu or the shape of your bar’s logo? While you might think that it is nothing more than a matter of fashion or personal preference, there is a growing awareness among many of the world’s largest companies of just how important the shape and design of typeface and logo are in terms of conveying, or connoting, a particular impression – be it innovative, exotic, or frivolous.

Shapes have also been shown to prime, or be linked to, the taste of food and drink. The editor of one of the foremost wine magazines consistently experiences specific complex shapes whenever he tastes wine. Or take the following quote from sommelier Jaime Smith, describing how a Nosiola white wine has a “beautiful aquamarine, flowy, kind of wavy colour to it”. Writers sometimes describe the taste of bottled waters in terms of shape properties too.

However, you don’t have to be a synaesthete to feel a certain affiliation between tastes and shapes. We all associate sweetness with roundness, angularity with the other basic tastes. Sourness is associated with angularity and asymmetry as well as with the colours yellow and green. Intuitively aware of such associations between shapes, colours (pink and red with sweetness, brown-black with bitter, and blue and white with salty), and tastes, the great marketers/designers of the 20th century were able to help various drinks brands to convey the taste of their products in an almost subliminal manner by using carefully chosen shapes and colours. Think only of the red circle that adorns Seven Up and Havana Club rum, with both redness and roundness associated with sweetness.

By contrast, many beer brands convey the bitter taste of the drink by means of the use of angular symbols, starting with the distinctive red triangle of Bass beer, first introduced in the 1820s, through to the star on the front of Heineken, Sapporo, Estrella, Stella Artois etc. Carbonated beverages, such as sparkling water, are also associated with angularity, as captured by the distinctive red stars that have adorned bottles of San Pellegrino since the 1890s, when the brand was first launched, but which are interestingly absent from Acqua Panna, a still mineral water from the same owner. While these shapes often had a particular symbolic meaning when they were introduced, as with Heineken’s red star, which first appeared in the 1880s to recognise a prize-winning beer, it is my belief that if the shape/colour properties match the taste then they tend to stick.

Associations between tastes and shapes also extend to typeface, what some erroneously refer to as font. Consider here only the classic Coca-Cola red brand colour and the distinctive curvy white script which effectively prime sweet associations, especially when tasted from an iconic rounded Coke bottle.

In a study that we conducted at the Science Museum in London a few years ago, we showed that people rated lemon-line jelly beans as tasting slightly but significantly sweeter when sampled from a bowl showing the words Eat Me in a rounded rather than an angular typeface. The same taste-typeface shape associations have now been documented across a range of languages (including Spanish) and scripts (including Chinese).

There are various reasons why we associate shapes with tastes in quite the way we do. According to one suggestion, we pair things we like together, while associating those stimuli we dislike, or are potentially dangerous. Sweet and round are both effectively positive stimuli, whereas angularity may hurt us (eg, in a knife), while we all initially avoid bitter-tasting foods because they might be poisonous.

Alternatively, sweet tastes are experienced as changing more gradually over time – they tend to linger on the palate. By contrast, sour tastes comes on much more suddenly and disappear pretty quickly too. Hence, we may tend to match the suddenness of the temporal changes in taste/flavour intensity with the angularity or pointiness of shapes.

It is not just the basic tastes (of sweet, bitter, sour, salty, and umami) that we tend to associate with particular shape properties; we also tend to feel a certain affinity between specific food aromas and shapes too. Most of us will, for example, intuitively associate the scent of pepper and citrus with an angular shape, or typeface, while associating the smell of caramel, vanilla, and strawberries with a round shape or typeface instead. Given the growing awareness of these shape-taste/aroma correspondences, the question soon becomes one of how they can be incorporated into the design of a bar’s menu or logo to help set the right expectations in the mind of the customer.

Relevant in this regard, my colleagues recently demonstrated that, simply by changing the typeface of the label on a packet of speciality coffee, consumers’ rating of the acidity of the coffee also changed. Specifically, using a more angular typeface brought out the acidity in the beverage.

Meanwhile, others have been investigating whether the typeface (rounded vs angular) used to list the beers on the chalk board of a bar would bias their customers’ drinks choice. Intriguingly, sales were significantly reduced overall with the round typeface menu, while the likelihood of choosing a sour beer increased. However, a closer look at the beer lists in this study soon highlights how both the shape and weight of the typeface was varied. It remains unclear which of these variables may have had a more pronounced influence on customer behaviour.

Nevertheless, interest in the correspondences between shape, colours, and tastes has been piqued by Remy Savage and colleagues’ latest London bar opening with coloured shapes for a name. Intriguingly, these innovators chose to use the three coloured shapes first introduced by Kandinsky back in the 1920s as the name, or logo, of their bar. Meanwhile, when Argentinian Tato Giovannoni opened his Abajo in Soho in 2021, he decided to identify the drinks (Highballs) by means of their colour, calling them Something Blue, Something Yellow, Something Green, and so on.

So, next time you come to considering the design of your bar/bar menu, you may wish to think a little more about the crossmodal correspondences between shapes, colours, and tastes/flavours, and how they can be used to help create the desired impression in the minds of your customers.