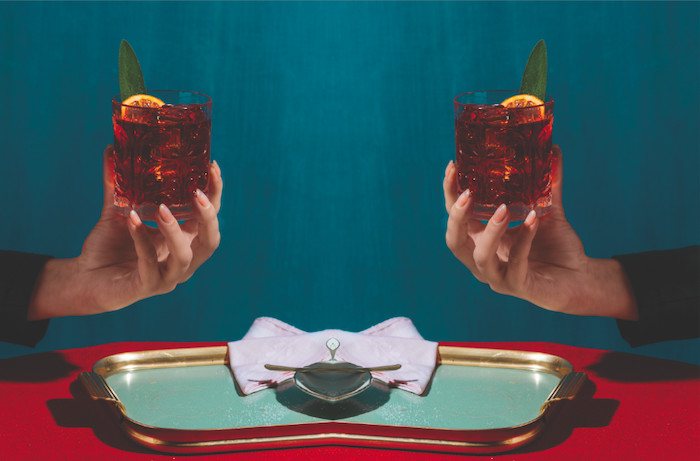 Is the bar trade's devotion to classic recipes limiting the space for the next generation of spirits development, asks Ryan Chetiyawardana

Classic cocktails have given us the formulae for making a wide array of drinks – their family format means that it’s easy to adapt a drink when faced with a new spirit, and easy to test the mantle of a new product by running it through the classics ringer. Their seemingly flexible format surely creates a stimulus for innovation. Have a new gin to try? A Martini will demonstrate whether it is worth including on your back bar.

Classics accommodate a wide spectrum of established spirits. If you have a grassier, vegetal rum, or a richer, deeper one with a flinty smokiness, both will work admirably in a Daiquiri. Have a nuttier style whisky, or a fruitier, zesty one? Each, though different, will sing in a Sour. But what if you’re using a fruit, a spice or a spirit that isn’t familiar, that falls outside of these associations? More often than not, they’re marginalised. It’s sometimes a question of how to utilise these ingredients, but also how to describe the creation to guests.

So there is an argument that classics have not only stifled experiences for guests by pigeonholing ingredients into neat boxes, but that a reliance on the classic cocktail families has limited the desire for innovation on the product side of the equation.

Even the staunchest defender of the classic approach would agree that spirit innovation is important. We have moved well beyond the inconsistent and sometimes dangerous spirits that were around when these classic cocktails were invented, and we can’t stop now – we need to constantly see new recruits to our craft, opportunities and investment helping to legitimise, stabilise and grow our sector. We want to see input from communities that fall outside the norm.

The market is self-governing – a new gin is tested, Pepsi-challenged, and ultimately thrown to the crowds, with the best surviving and taking its place in the bartender’s spirits cabinet. But for an industry often labelled as creative, we can be very conservative. That’s partly a reflection of the tightness of margins and our need to be efficient to survive, but also in part our fetishisation of the ‘golden days’ and an unblinking reverence to the classics that underpin them. This has meant there has been a reluctance to push boundaries – or to include things that fall outside of the western canon. Classic recipes govern this rigidity.

Spirits development follows the market. Often new products arise from simply adding something to an established category and calling it innovation – a new botanical to your gin, a new cask type to your rum or a candy flavour to your whisky. Meanwhile, genuine innovators struggle to gain a foothold as venues, thinking in categories and classic specs, can’t work out how to slot something into their back bar. A quasi or hybrid spirit, such as Empirical Spirits’ Fallen Pony or Four Pillars’ Bloody Shiraz, isn’t always best showcased in a classic recipe – often you fail to represent the product, perhaps create a lesser version of a beloved drink, or struggle to find a way to communicate the drink to a guest. Against this structure, it’s no wonder, then, that there is a reluctance from spirits producers to truly innovate.

Bars that think outside of the western canon for ingredients are most successful when they don’t apply the classic formulae. The dogmatic approach and unflinching reverence to classics holds us back – there is room for other approaches. With a more open mind to what a cocktail is, its structure and constitution, we can open up new deliciousness to a wider audience, and in doing so, encourage a new wave of spirit development which can expand our flavour toolbox for the next phase of evolution in the industry.