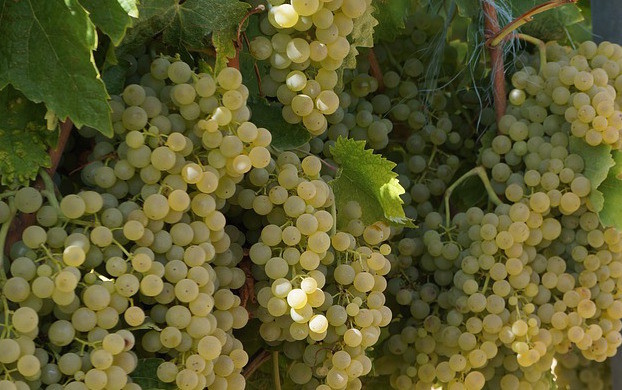 Cognac’s grape varieties don’t get much attention – the spotlight is usually taken by terroir and ageing. But as consumer curiosity and global warming take hold, are things about to change for the grape, asks Lucy Britner

Find yourself on a Chilean pisco estate and you won’t get far without a distiller pointing out the grape varieties. But in France, Cognac’s grapes seldom make the headlines – or even the back label. So, what are the region’s key grapes, what do they offer and why don’t we hear much about them?

There’s a simple answer when it comes to why grape varieties aren’t too much of a ‘thing’ in Cognac: about 98% of the total vineyard area is planted with Ugni Blanc. The Bureau National Interprofessionnel du Cognac (BNIC) describes Ungi Blanc as a “medium-sized, thin-skinned, round grape variety that originates from Tuscany, Italy”. And if you’ve tasted it as a wine, no doubt your mouth will start watering at the memory of all that acidity – which makes the grape a good bet for ageing.

Acid aside, there’s another reason that Ugni Blanc is so prolific in the Cognac region: it is pretty hardy. Following the 19th century phylloxera outbreak, which decimated the region’s vineyards, Ugni Blanc was found to be relatively resistant to disease, including grey rot. And so it became widely planted. Very widely planted.

There are actually six permitted grape varieties in Cognac, and besides Ugni Blanc, it’s only really Colombard and Folle Blanche that we hear anything about. The others are local variety Montils, Folignan – which is a cross between Ugni Blanc and Folle Blanche – and Sémillon.

According to Jean-Sébastien Robicquet, founder of Maison Villevert, the latter three varieties have almost disappeared. And while Colombard and Folle Blanche have stayed, they have a different lifecycle – either early or late maturity – making frosts and harvest timing a bigger consideration than simply using Ugni Blanc.

“Cognac has for a long time been considered as an ‘industrial product’ and the control is in the hands of the négociant, therefore the focus is on ageing and blending,” he says. “But with the new generation of growers, you see more and more singularities, including organic cognac.” He also points to his own single village cognacs, La Guilde du Cognac.

Though Ugni Blanc rules the roost, for some, the ‘other’ grapes are providing that point of difference.

Earlier this year, Camus launched a limited-edition cognac called Return to Saint-Aulaye. The single-cru, single-variety expression is made using Colombard grapes and Camus worked with the local council to identify areas of Colombard planting from the 18th century. The company then re-planted the variety, which it describes as one of the most rare owing to low yields, but also one of the most aromatic.

“Undoubtedly, some historical varieties have been less used over time due to their low yields – Colombard is an example due to its tendency to have an early flowering, which dangerously exposes it to spring frosts,” says Camus global brand manager Pier Paolo Catucci. “But I believe that if a variety is rooted in the terroir and, therefore, there is a unique relationship between this and the complex geological and microclimatic factors of the region, then there are certainly unique aromatic factors that will come out during the production process.”

Meanwhile, artisan cognac producer Château de Beaulon describes itself as strictly adhering to traditional varieties of Folle Blanche, Colombard and Montil, with releases including a VSOP made from 100% Folle Blanche and an XO which blends all three.

And at Pernod Ricard’s Maison Martell, cellar master Christophe Valtaud speculates that if grape varieties becomes more prominent in the production of cognac, they could become more talked about.

“Globally, we are seeing that consumers are increasingly familiar with cognac and that the evolution of consumption patterns is based on brands that highlight their substance, their know- how and their heritage,” he says, pointing out the brand’s attention to terroir and distillation practices.

At Camus, Catucci hints at new projects, with sights set on producing “increasingly intensely aromatic cognacs”, though he doesn’t single out grapes. Rather he says that the work is linked to the exploration of traditional and historical practices.

“This approach, which we call ‘the science of tradition’, takes into account several factors,” he says, outlining grape varieties, geographical origin, distillation techniques and climatic conditions during ageing.

“I believe that if a variety is rooted in the terroir... then there are certainly unique aromatic factors that will come out during the production process.”

Experimentation may also soon be born of necessity, as global warming continues to disrupt traditions in the wine world, and the call to cut down on chemical treatment becomes louder.

Last year, the BNIC announced the first harvest of new varieties resistant to mildew and powdery mildew. The six one-hectare experimental plots planted in 2018 and 2019 are the result of collective research work over a period of 20 years in partnership with the French National Research Institute for Agriculture, Food & Environment; the French Institute of Vine and Wine; as well as several players in the cognac industry.

“The long-term objective of this approach is to reduce phytosanitary treatments while contributing to adaptation to climate change,” the BNIC said at the time. And a spokesperson for the BNIC confirmed to Class that the grape varieties in the experiment are so new, they don’t yet have names.

Martell is investing in the varietal creation programme and Valtaud says: “Strongly rooted in the conviction of inclusivity and sharing, Maison Martell is associating its winegrowing partners with this programme and will offer the benefit of this research to the whole cognac industry.”

Mansion Villevert’s Robicquet adds that work to find new varieties often involves “cousins of Ugni Blanc that will be ‘disease proof’ or resistant and able to cope with reduced treatment”. He says: “I heard that researchers have now reduced the count to four potential new varieties...but it is work in progress.”

While there doesn’t seem to be a region-wide itch to go back to old grape varieties, there is a more pressing reason to look for new ones.