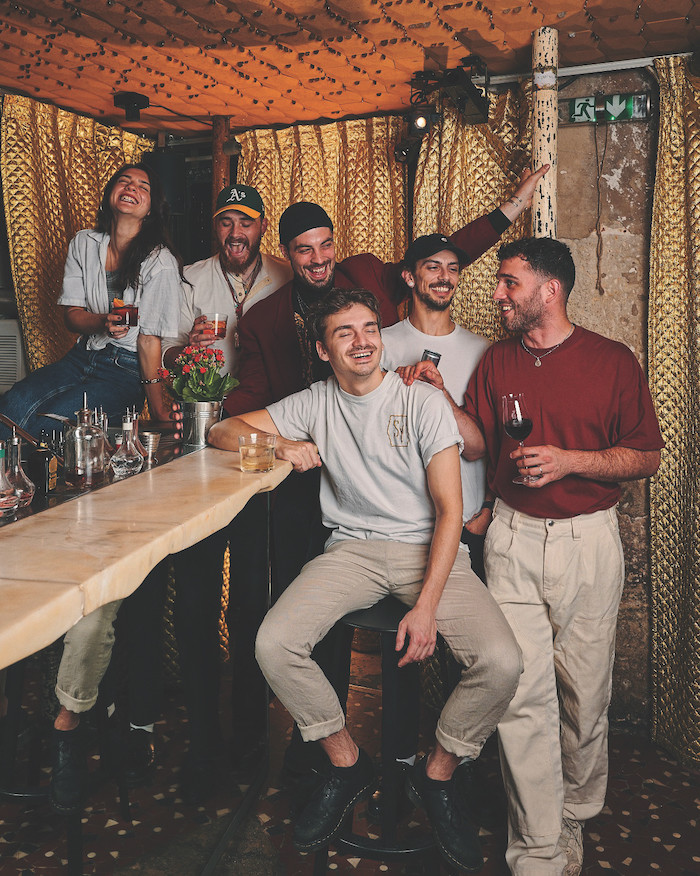 If you're looking for new ways to use cognac, look no further than Le Syndicat in Paris. Thibault Massina pulls back the curtains on a bar that has changed the conversation about French spirits.

Here at Le Syndicat, we have a mission. It is to accompany the French spirits houses, constrained by the straitjacket of their historical codes, towards modernity.

We want to open a way for these great producers towards modern and urban trends, and help them to mix with these new worlds. We do not want to suppress their traditions, but rather promote them, making this heritage attractive to a new generation.

Our commitment to this mission is total. We only sell French products. Even our music – hip hop – is of French origin. We serve everything from armagnac to calvados, marc de Bourgogne to cognac and the best of French liqueurs and wines. About half of our suppliers are the big, well-known brands, but half of what we serve are small brands rarely seen in bars.

Cognac is one of the most used spirits in our cocktails. Our interpretations of classic cocktails, for which we have become known over the years – for example our Vieux Carré, the French 75, the Sidecar and the Champs-Elysées – are staples, but we also like to incorporate the spirit into drinks that we don't normally associate with it.

In France, it is traditional to add aged brandy to coffee (with the famous café-calva, for example), so it seems obvious to us to replace the vodka in the Espresso Martini with cognac. It brings more character and structure, the coffee awakens the fruity notes of the brandy.

Our Espressy Martino is composed of cognac, coffee liqueur, cocoa liqueur, cold brew and two dashes of salt. We also use cognac for our Old Fashioned – it provides roundness like bourbon would, but a more meaty and fruity profile compared to whiskey. It’s a classic recipe, but with coconut water in the simple syrup and a dash each of blue and orange Suze bitters.

Beyond the classics, we also get creative with cognac. If you’re new to mixing with cognac (outside of the classics), it's always good to start by keeping the other ingredients in the same family. Cognac is distilled from grapes, so maybe add verjus for green flavours, or add wine to bring complexity. I'm not unaware that good wine and good spirits are sacred in France and that mixing the two is – historically at least – heresy. But from our perspective, why not mix the best that France has to offer? 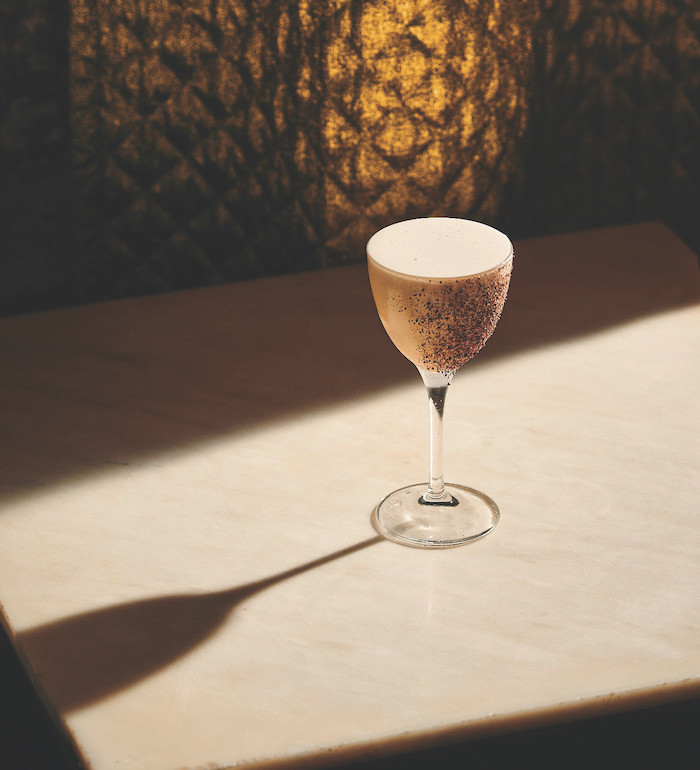 When I work with wine and cognac, I like to work with young, less woody cognacs. For example, mixing cognac, white vermouth, rancio sec (a kind of French fino) and a bit of walnut wine, you get a variant of the Bamboo with the power and fruit of cognac and the finish of walnut. On the last menu, we had a dry cognac cocktail. Get Your Leaf On is a cognac infused with orange leaves, horseradish cordial, apricot brandy and verjus. It looks easy on the first sip but is actually very complex with the floral notes of the orange leaves and the spice of the horseradish.

We also use cognac as a base spirit to create spritzes – refreshing drinks with subtle flavours and little sugar. We have also made cognac seltzers instead of the usual vodka or neutral grain alcohol found in many brands of hard seltzers. The cognac adds richness to the seltzer but also presents the cognac in a more approachable way. With a simple long drink in hand and a background of French rap music, the slogan is Where Grandpa’s Spirits Go Gangsta.

In one of our collaborations, I created a cognac seltzer recipe with SCH, a famous French rapper. He came with the idea to combine rose and cognac and after we visited cognac houses, we finally went with Hine. After several trials, we arrived at a recipe with Hine cognac, galangal and green cardamom cordial, three dashes of rose water, topped with sparkling water.

This approach – the collaboration between a cognac maitre de chaix, a bartender and a French music star – sums up everything we want to achieve at Le Syndicat. This seltzer, plus some others, spritzes and a number of our classic cocktails are now available through our canned cocktail range, Fefe.

Now, if customers want to leave the bar with a refreshing cocktail to stroll down Rue du Faubourg Saint Denis, they just have to head to the back of the bar and buy a can directly from the dispenser. Cocktails from a can dispenser – cognac is changing.