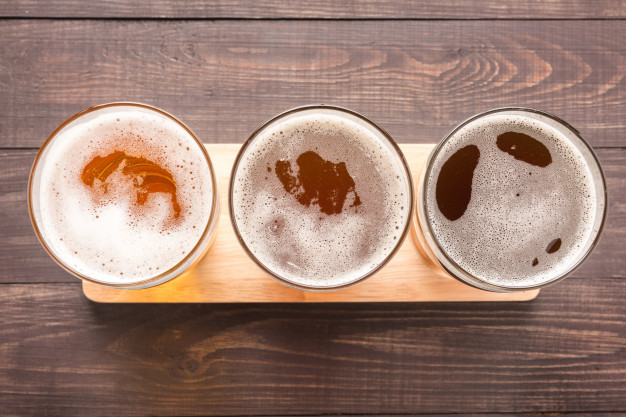 Is innovation in beer happening too fast? Pete Brown catches up on the trends of the craft movement.

As a reader of this magazine, you’ll know better than I do that Instagram has transformed the drinks market, particularly cocktails. I was shocked, but not surprised, to read recently that Instagrammability is now a criterion in some high-profile cocktail competitions. I know bartenders who look at Instagram for two hours a day, seeking inspiration. We haven’t quite reached this point in beer yet, but we’re well on our way.

Beyond cocktails and Instagram, the whole drinks market is currently obsessed with novelty. New trends have always been important because they create dynamism and forward progress. But any complex system works best when the fads and fashions are balanced by deep, slow aspects that fuse motion with stability.

I love my local craft beer bar and the range it serves, but I’m also frustrated by the experience of drinking there. In the first week of January, I popped in for a quick one and the manager said: “I’m really sorry, we haven’t got anything new on.”

“Good.” I replied. “That means that for once I can get a second pint of that beer I liked last time I was in.”

The trade and the consumer see the same trends, but interpret them differently. A few years ago, I saw a piece of research that asked bartenders and beer drinkers how often a guest beer should be rotated. The bar staff said every few days, the drinkers said once every three or four weeks.

When you consider that the average Brit goes to a pub or bar once a month now compared to once a week 20 years ago, that makes sense. Excluding the obsessives who care more about getting a new badge on Untappd than they do about the beer in their mouth, most drinkers want to try a beer they like a few times before moving on.

The chance to do so seems to be receding. We have a growing number of breweries – now approximately 2,500 in the UK – selling to a shrinking number of pubs and bars, to people who are, on average, drinking less than they did. Novelty would seem to be one way of standing out. The curious thing is, once a novel trend catches on, everyone follows it, at least until the next one comes along in a few weeks’ time. As the American art-punk band King Missile once put it: “I want to be different, like everybody else I want to be like. I want to be just like all the different people.”

IPA was the first style of the modern craft beer revolution to become, well, stylish. Compared to the beers most of its adherents had been drinking before, its fruity punch in the nose from the aromatic hops, followed by the firm bitterness in the finish, was a beautiful, sense-mangling challenge that stood in direct opposition to mainstream lager. The mainstream brewing industry believed beer drinkers wanted what they euphemistically termed “easy-drinking refreshment”, so they were blindsided when IPA became the biggest thing to hit the market in a generation.

In those early days of the British craft beer explosion – we’re talking, ooh, 10 years ago now – craft drinkers also saw themselves as standing out against the mainstream thanks to their love of these challenging beers.

And then the worst thing happened: IPA went mainstream. Who would have thought it? It turned out that people turning from white to brown spirits, to heavier red wines, to more complex cheeses and spicier food, also had a palate for a flavourful beer.

Hardcore craft drinkers – those Untappd warriors mentioned earlier – had to retreat to another barricade. “OK, you can have IPA, but I bet you won’t like sour beer.”

Sharp, tart, acidic beers based on previously obscure Belgian and German styles were the only thing to be seen drinking from 2014-2016, but then they, too, acquired a broader popularity. It was nowhere near as big as IPA, but it was too big for the crafterati.

Luckily, IPA came along in a new guise – the IPAs we were all drinking five years previously were now old school. The new school was New England IPA, or NEIPA – deliberately hazy, smooth in body, high in fruit, low in bitterness, and beautifully Instagrammable because it glowed like radioactive, freshly- squeezed orange juice. By 2017, NEIPA was IPA.

Inevitably, NEIPA is becoming popular outside the craft beer bubble, but with Instagram now dominant and craft so much bigger (and more attractively packaged) than it was, there’s no one route left for the craft aficionado to retreat down. What we have now is a fragmentation of styles aided by the addition of anything you can find in the kitchen cupboard. And so we have fruit-flavoured IPAs, fruited sours, pastry stouts and hybrids such as sour IPAs. But we’ve also got fads such as glitter beer, Brut IPA (which was ‘in’ and then ‘gone’ before I even had time to try one) and so much more.

Having seen craft beer become dominated by novelty, my moan is that just because you can do a thing doesn’t mean you should. But if I say so on social media, I’m immediately attacked from some quarters for being an old fart who hates change.

I’ve realised that this is the point. Younger millennials and generation Z have never known a time without an amazing array of craft beer that’s pretty easy to find. And the problem with that is that people my age are drinking some excellent beers. Younger drinkers have always wanted to drink something different from what their parents drank. Fuelled by social media, that cycle is now accelerating.

The constant search for the new means it’s all getting a bit silly, but that’s OK. Because the faster the cycle goes, the quicker we’ll reach the point where the craziest thing someone can do is brew a classic beer with nothing but traditional ingredients.

We’ve already had the critical rehabilitation of lager, and sometimes you can even get it made with lager ingredients and nothing else. So I’m just going to sit here sipping my old-school Sierra Nevada pale ale and wait until the modern craft beer scene rediscovers traditional best bitter. Hell, by the time you read this, it will already have happened.