Uniting the worlds of food and drink
by Ryan Chetiyawardana / 24 February, 2021 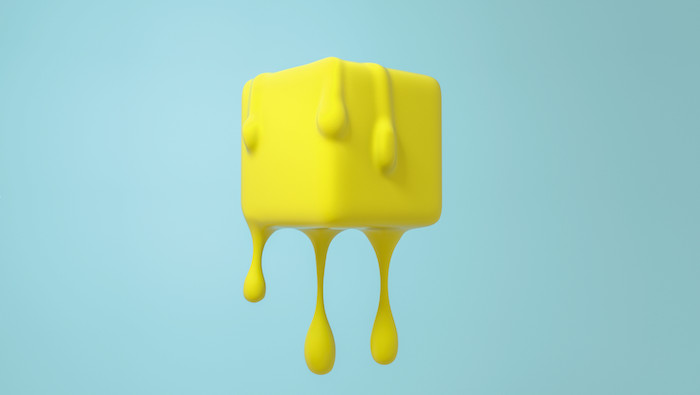 That chefs deal with solids and bartenders deal with liquids – and somehow one trumps the other – is an outmoded way of thinking. Pull down the barriers, says Ryan Chetiyawardana.

What’s the difference between a fat and an oil? Simply, one is solid at room temperature, but they contain (roughly) the same mix of triglycerides and component materials. What’s the difference between food and drink? One is solid at room temperature, right? But what about spherified drinks? And, to that point, what about soup?

I recall a friend stating there’s a difference between chefs and bartenders as chefs are feeding people, and people have to eat, they don’t have to drink. I don’t recall the last time (thankfully) that people needed foie gras and the dispensing of safe water is distinctly more important than that of safe food. I’m labouring a clumsy illustration for a reason – we’ve separated the worlds of food and drink to a point where we are not only damaging creativity, we are damaging our food systems and, in turn, having a significant impact on the world which could be much more beneficial.

I’ll start with the first issue. By treating the kitchen and the bar as separate, we create a false impression of the skillsets at play, and we also limit collaboration by elevating one above the other. The number of times I’ve heard that “bartenders should learn from chefs” is insulting – particularly when it comes from bartenders – and, frankly, it is not the whole truth. Of course, we should learn from chefs (we should also learn from everywhere – we should be learning from the world’s best janitor, honest politicians, musicians, architects...), but the idea they cannot learn from us is ridiculous.

Case in point, I was at a chef’s conference. Bartenders, who were there for a competition, described how they were using fruits from a local grower, referencing their use in ancient societies to represent wealth and inclusion. This analogy was leveraged to create an aperitif that had story, as well as deliciousness. The chef made a version of bacon and eggs. Both delicious, and neither more elevated than the other, but one was simply technique focused, the other combined technique with human stories. The idea that there isn’t two-way traffic is flawed, and is stifling aspirations on our side – not to mention the heroisation of chefs and restaurants to the detriment of the talent within bars.

Of course there are several culinary techniques that are more advanced than what exist in bars. But not only are they techniques for processing ingredients so therefore entirely translatable, they exist as kitchens were traditionslly much more willing to share ideas and techniques, whereas bars were much more insular. This was compounded by the fact our side remains woefully underfunded, and doesn’t allow for bartenders to travel and share knowledge and skills in the way chefs have been able to. It also skips the unique skills on the bar side that are entirely removed from the conversation. The historical separation is a stupid model for going forward.

My second gripe comes from the impact this artificial barrier is having on farmers and the planet. One of the first steps that happened when the idea of ‘waste’ hit the bartending mainstream was the use of kitchen leftovers as a means of displaying a sustainable programme. Although beneficial to use ingredients in their entirety, this reinforced the bar as a ‘second tier’ within a venue. The kitchen would take the primary ingredients, and the bar would use what was left over. It didn’t address the fact that the kitchen was generating this waste in the first place, and it compounded the idea that drinks were inferior and would be fine with the use of ‘seconds’.

This idea has been reinforced over time, and what this has missed was it isolated the farmers and producers from a secondary source of creativity that could help them grow, sell and maintain higher-quality produce – so much so that to this day farmers are still surprised their produce might go to a bar, not a restaurant. The fact remains – not only should bartenders be using prime, considerately sourced, excellent produce (it’s not like we don’t know how only ‘great in leads to great out’) – but they will also find different solutions and uses for this produce, and can act as an additional support to the farmer – potentially in ways a chef cannot (alcohol is a better solvent and preservative than sugar, water and salt). Once we start realising it is all food, and it is about the appropriate choice of its manifestation as a dish or drink, the better support to farmers (and the planet) we can be, and the better the product for the consumer will be overall.

So, the irony is, we need to start thinking like chefs, or at least thinking as what bartenders should be – a conduit between the farmer and the guest. We should be working towards the best ingredients, pushing beyond the standardised ingredients formulae, demanding less packaging from our suppliers, pushing the ingredient stories to our guests, and incorporating a wider range of techniques. But we should also be getting the chefs around us to think like bartenders.