Tequila aged in cognac barrels? It's tequila, but different
by Lucy Britner / 14 January, 2021 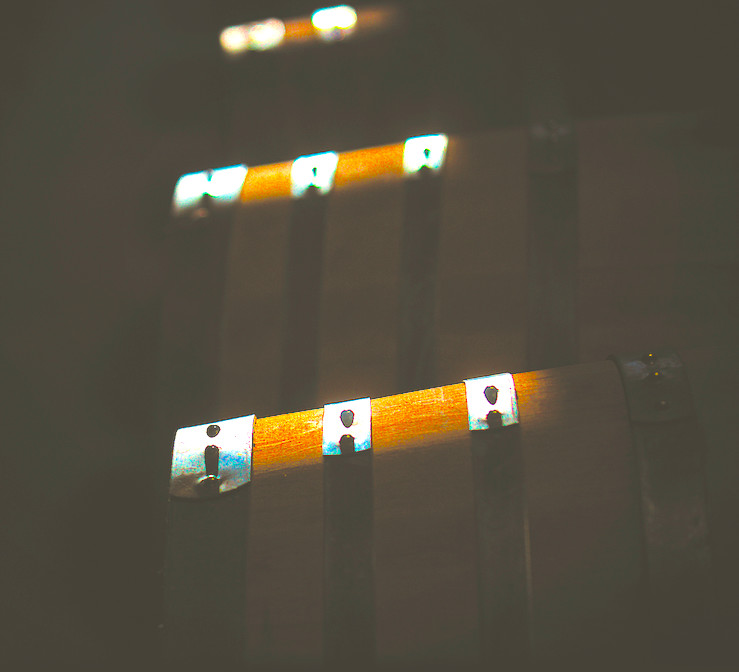 While using casks from different spirits categories to age or finish tequila is not entirely new, it is unusual. Lucy Britner looks at the future potential

Somewhere between a baby photo and a pointless quiz, Facebook highlighted a post by Ocho tequila brand ambassador Jesse Estes. He was announcing to the world the fruits of a partnership with French cognac, rum and gin producer

Unlike the Cask Finish range, which made its way to the UK via Deano Moncrieffe’s Hacha bar in east London, Estes says the Barrel Select range is exclusive to the US and available in “extremely limited stocks”.

Also unlike the Cask Finish range, Estes confirms that all the Barrel Select tequilas were fully matured in their respective ex-rum and ex-cognac casks, rather than ‘finished’. And with añejo tequilas, we’re talking at least a year of ageing to meet industry requirements, though Estes says one of the blends features some extra añejo liquid.

While using casks from different categories to finish or age tequila isn’t new, it is still fairly unusual. Moncreiffe, a former Diageo Reserve tequila ambassador, says that six or seven years ago, cask finishes in tequila were around, but mainly exclusive requests for private clients, such as members’ clubs.

Looking back, tequila expert Julio Bermejo, owner of Tommy’s in San Francisco, says ageing tequila as a formal practice “only really comes from the 1960s”.

Tapatio, he says, was the first distillery to use ex-cognac barrels back in 1995, when it collaborated with renowned cognac expert Alain Royer to release a product called Paradiso.

On the whole, though, Bermejo points out that the “cost and ease” of attaining ex-bourbon barrels make them an attractive proposition for ageing, and Moncrieffe agrees. The Hacha owner says experimentation further afield has never been all that popular because of “pure geography”.

Logistically, it makes sense: bourbon producers can only use their casks once to fit with the regulations – and the US is a hell of a lot closer to Mexico than, say, France or Scotland. But moves elsewhere in the drinks industry could spell a bigger future for cask swaps.

In 2019, the Scotch Whisky Association amended the legal requirements for scotch whisky, broadening the types of casks that can be used for maturation. The changes followed speculation that Diageo wanted to explore using Don Julio tequila casks to mature – or at least finish – a scotch whisky. A move it can now make.

The point is that if logistics have been a barrier for using different types of cask in tequila, the 2019 SWA amendment should make things easier when it comes to scotch at least, because now the exchange is a two-way street. Collaborations between more scotch whisky and tequila brands will no doubt be on the cards – especially if the parent companies are the same, as is the case for Don Julio and Buchanan’s/Lagavulin.

In terms of what this might mean for tequila, well, we all know the premiumisation story: the trade has spent years repositioning and elevating the category to be less about shots and more about quality serves. Moncrieffe says the past five years have certainly seen a shift in consumer understanding and appreciation of tequila. And as different cask maturations appear, he thinks the category could open up to other outlets beyond the bar.

For cask finishes/maturations, Moncreiffe says they appeal more for stirred-down cocktails and, for the presumably higher price point, they will also be sippers. “Price-wise it’s going to be a bit more than a regular reposado or añejo and the mixability side of things may be slightly restricted,” he says. Moncreiffe talks about food pairing and he says cask finishing/ageing has the potential to set the scene for tequila in more restaurants and hotels.

The stage is set and the future looks bright for more cask collaborations – and there is obviously potential for a whole (nearly) new segment of the tequila category. But in order to maintain their hard-won premium position, producers must tread carefully and keep the integrity of their brands front and centre before hitting the casks. After all, just because you can, doesn’t always mean you should.