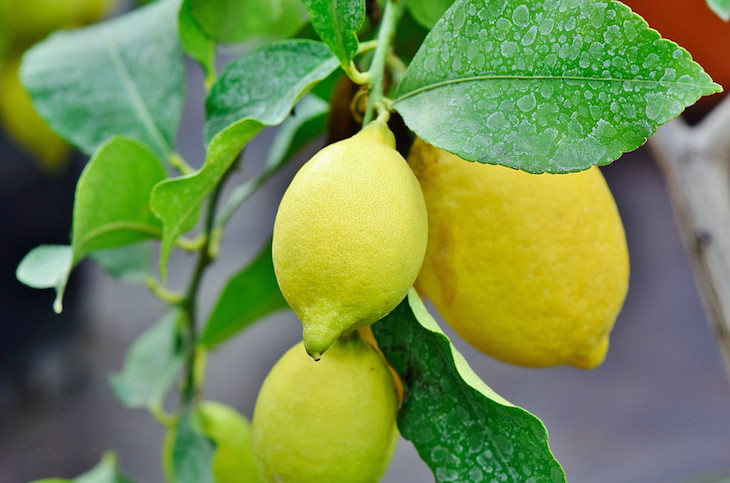 As an industry, we selectively evangelise. We talk of the terroir and craftsmanship of spirits. We’re fascinated by the botanicals and provenance of vermouths and espouse the stories behind historic bitter liqueurs, but when it comes to citrus, a lemon is very much a lemon.

It’s probably about time we allocated a little more of our geekery to the world of this most ubiquitous citrus. After all, its juice – and that of its cousins – is a fundamental pillar of the cocktail – one of only four ingredients in the precursor to the cocktail, the punch (spirit, water, citrus and sugar). The punch’s children – the Sour, Fix, Cooler, Cobbler, Collins and Daisy – all require citrus. So if bartenders don’t take an interest in their lemons, who will?

The lemon’s success – in both the food and drink worlds – has been its worst enemy, commoditised as it has been to the point its identity lacks nuance of variety, seasonality and provenance. Sadly most buying of lemons is done in terms of sizes, grades and weight.

So, let’s start from the top – who are the lemon’s parents and where did it come from? Well, you’ll see from the family tree overleaf, the lemon is the offspring of the Citron (Citrus medica), one of the five ancestral species of citrus, the others being the mandarin, papeda, pomelo and kumquat (whose status is debated). The citron, with its knobbly skin and thick rind, isn’t much of a looker, but it managed to breed with the bitter orange, an underboss in citrus family terms but one of good breeding – its parents are the mandarin and pomelo. A natural hybrid was born: the lemon.

All this likely happened in South and South East Asia – the northerly parts of India, Myanmar and the southern parts of China. So, while synonymous with the Mediterranean, the lemon isn’t from here at all. In fact, lemon growing wasn’t established in the Med until some time after AD1,000, brought from the Middle East where it had been established. It travelled to north Africa before finally heading off on boats with Columbus to colonise the New World. First Florida in the 1500s, a few centuries later in California. You’ll notice the lemon’s success at growing in the sub tropics. Indeed, you can draw a (drunk) line around the world from 20-40° north or south of the equator. The lemon, with less sugar than other citrus such as the orange, is more sensitive to cold, so your 52° north bar garden isn’t likely to muster fruit.

Lemons are naturally promiscuous, cross- breeding with almost all of the citrus family. This has happened naturally over millennia, thus giving rise to many wild varieties. In commercial agriculture they have been crossed by humans too, to adapt to local conditions, gain resistance to disease, improve yield and quality or create seedless varieties. It’s worth noting that most lemon trees – certainly in commercial production – are grafted to more hardy rootstock, most commonly the bitter orange or papeda. This technique increases the longevity of the lemon tree and increases resistance to drought, frost and citrus diseases. While grafting maintains varietal integrity, there have been comparative studies of rootstock’s impact on the lemon, particularly in terms of size and sugar content.

Globally there are two major varieties of lemon – the Eureka, first cultivated in California, and the Lisbon, which originated in Portugal. The Eureka generally has more textured skin, a short neck at one end and a few seeds, while the Lisbon has smoother skin, no neck, is generally seedless and can contain more juice.

Another lemon which may arrive under the vague banner of ‘small lemon’ is Primofiori, which originates in Spain. It means ‘first flowers’, due to its early harvest season, and it is known for having a smooth and thin peel. Spain, which is a major exporter of lemons, has a huge variety of cultivars that extend the harvesting period through most of the year.

These – and other ‘small lemons’ tend to have high acidity, as opposed to the sweeter, larger, prized varieties such as Amalfi or Sorrento, which have parentage with sweeter citrus. The Meyer is another to look out for – it, too, is sweet, as the offspring of the lemon and mandarin. Buddha’s Hands lemons, from the foothills of the Himalayas and shaped as the name suggests, take amazing forms, but are probably not the most practical. There are countless more to try.

Over at The Donovan Bar in London, Salvatore Calabrese says he only uses Amalfi lemons for zesting as they are extremely aromatic and Sicilian is his go-to for juicing, as they are “fresh, citric and less expensive”. Calabrese says it’s worth spending more for the right lemon, rather than just accepting whatever your fruit and veg supplier stocks. “Amalfi lemons are benefited by the minerals and the coastal climate, while Sorrento is more inland. Like any fruit, lemons are impacted by terroir – their flavour depends on the sun and the soil.”

Though more niche varieties have more limited growing seasons, commercial producers have found ways to extend the growing season. “Producers might grow different varieties to ensure trading for more than a season, utilising early and late harvest lemons,” says Simone Caporale. So, lemons will generally be available in Europe from autumn to winter through to spring, with Spain being the most popular source, but the US and Morocco also are part of the supply, while, in the summer, the southern hemisphere countries such as Chile and South Africa step up.

Bartenders may have got use to adjusting recipes based on the qualities (acidity or otherwise) of the citrus that comes in, but it would pay to take more of an active interest in what is supplied. Lemons dehydrate during storage, offering less juice – so perhaps questions need to be asked about when your supply was harvested.

As we think more about the carbon trail of the products we buy, we should also ask about where our lemons have come from - in the summer it’s possible they have come from further afield the southern hemisphere – the aforementioned Chile or South Africa. Post-Brexit it’s possible that lemons will commonly come from outside of the EU – might this impact freshness? It will certainly add miles to their carbon footprint.

As a starting point, says Caporale, bartenders should be looking more closely at the box and its labels to take more of an interest in the variety and growing region. Next, we should ask questions of our suppliers. Lemons shouldn’t be a commodity, listed as large and small, grade 1 grade 2. If we can name a dozen varieties of apple, even more of grapes, we should know our lemons. After all, they are the bartender’s fruit.

HOW TO CHOOSE A LEMON

You’re looking for a plump lemon with a close grain and bright-yellow colour and which has a natural shine. Heavy, thin-skinned lemons will contain the most juice. Lemons that are tinged green tend to be more acidic and will not contain as much juice. Avoid lemons with wrinkled skin or those with soft or hard patches – they will be over-mature. Dull- skinned lemons are no longer fresh.

Lemons should be kept at temperatures between 7°C and 12°C. Wrapping will keep them fresh longer.

While unwaxed citrus are readily available, most waxed lemons are not vegan. The wax – used to preserve and make the lemon look shiny – is often made from shellac, a resin from the secretions of the female lac insect. To be sure, use unwaxed.