When life gives you lemons: The history of lemonade
by Clinton Cawood / 24 June, 2021 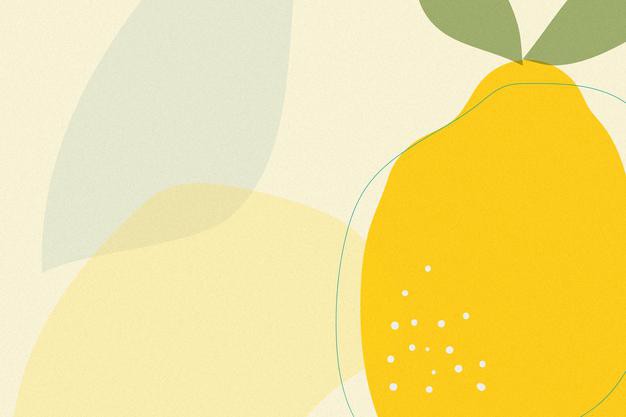 A humble drink, lemonade nonetheless has a history as fascinating as any spirit. Clinton Cawood reports.

Much as the Daiquiri is the epitome of cocktail simplicity and balance, so is the humble lemonade when it comes to soft drinks.

And, like the similarly-refreshing Daiquiri, lemonade has been bastardised plenty over the years, yet has a legitimate history and remains as relevant as ever. As with all the best drinks, alcoholic or not, lemonade is one of those simple combinations that not only seems obvious, but is fated to undergo every possible variation, permutation, alteration and innovation – for better or worse. It shares a basic structure with an array of classic cocktails, and continues to show up in new drinks. There’s not a hard seltzer startup, for example, that doesn’t have a citrus flavour in its portfolio.

At its simplest, lemonade is a combination of lemon in some form, water and a sweetener – all of which we’ve had access to for some time. Citrus trees are thought to date back eight million years, and we’ve been cultivating them for a few thousand. The lemon as we know it made it to Italy around the year 200AD, and to Egypt by 700AD. Intrepid medieval drinkers may have been combining citrus with water and sugar, or honey, for any length of time, but it’s in records of 10th-13th-century Cairo that the first written evidence of lemonade is found. The reference is to qatarmizat, a mix of lemon juice and sugar made by the city’s medieval Jewish community.

Cut to the mid-1600s, when lemonade had become popular in Paris, and also when the first English reference to lemonade is found, in Thomas Killigrew’s 1663 The Parson’s Wedding, according to Colin Emmins, author of Soft Drinks: Their Origins and History. This coincided with the popularity of cordials in England around that time, “to tempt the palates of the ill”, according to The British Soft Drinks Association (BSDA).

It wasn’t until the 1800s that lemon cordial and carbonated water were forever joined together to create fizzy lemonade as we know it, after technological advancements in carbonation of the century before. Emmins considers the first written reference to be from 1833, linking its origins to that of ginger beer. By the 1840s, London was home to more than 50 manufacturers, according to the BSDA.

The bottled lemonade of the time was a carbonated mix of water and citric acid, as well as lemon oil and sugar syrup, effectively an oleo saccharum – all ingredients that most bartenders today would be familiar with. Together they’re what consultant Julian de Feral refers to as “vintage sour mix”.

When De Feral was developing a lemonade list for the opening of The Wigmore in London, he had William Terrington’s 1869 Cooling Cups and Dainty Drinks as a resource, with its array of lemonade recipes in its “aërated waters” section.

Cooling Cups includes the Lemon Sherbet No. 2, which calls for the rubbing of lemon zest with a lump of sugar – one of its suggested methods to make oleo saccharum. This is added to water, along with precisely 12 grains of citric acid. Another option, the Aërated Lemonade, calls for a “most refreshing and palatable” lemon syrup, filled “at the bottling machine with aërated water”.

“It’s no coincidence that this was published not long after the advent of carbonation itself,” says De Feral. “Just like ice made a huge impact on the way people drank mixed drinks, carbonation was obviously another feather to a bartender’s cap.”

Over in the US, carbonated drinks were being dispensed in serious quantities around this time – there were around 670 soda draught fountains in New York in 1836, according to bartender, chemist and author of Fix the Pumps, Darcy O’Neil. And for a long while, lemon was the flavour of choice.

O’Neil has a theory about why this was the case. The combination “has similarities to wine, at least in the sweet and sour elements”, he says, adding: “But lemon soda would have been Temperance approved, so it provided all the sweet, sour and fizzy experiences without the alcohol.”

Of course for those non-Temperance drinkers, from those times until the present day, lemonade and similar sweet-sour formulations are at the core of countless alcoholic drinks. Once lemonade was invented, the addition of booze was inevitable. As one of the lemonade recipes in Cooling Cups quite rightly states: “A little lemon brandy is an improvement.”

There couldn’t be a better time for Victorian-style lemonade, not just with summer approaching, or with outdoor drinking more important than ever before.

“In these trying times, that back-to-basics attitude is particularly pertinent,” believes De Feral. “People don’t want to think about over-wrought cocktails with ambiguous spirits and ancient liqueurs. It needs to be refreshing, delicious, and something that most people can understand.”

And it’s both practical and profitable too. The Wigmore’s lemonade list only used ingredients already created for punches and other drinks, such as oleo saccharum. And each lemonade came with an optional spirits pairing, for upselling as a Collins-style drink. Deceptively simple and with universal appeal – much like lemonade itself.

With the advent of carbonation, lemonade took exciting new forms. Books such as William Terrington’s 1869 Cooling Cups and Dainty Drinks offer a number of methods and recipes. At its simplest, according to Cooling Cups, lemonade can be made by combining diluted lemon syrup with aerated water. One recipe for lemon syrup calls for citric acid, lemon essence, sugar and cold water. An alternative provided in that book is to make a lemon sherbet with sugar, citric acid, lemongrass essence, neroli and lemon essence. This “can be aerated by the addition of some bicarbonate of soda”.

For a history of soda-fountain drinks in the US, there’s no better resource than Darcy O’Neil’s Fix The Pumps. In it, he recounts the growing prevalence of carbonating equipment in pharmacies in the US in the 1800s. He also provides information and recipes for various soda fountain formulations of the time, some including acid phosphate. The Pan-American Lemonade, as one example, calls for equal parts lemon and orange syrup, powdered sugar, acid phosphate and cracked ice, as well as carbonated water and a couple of slices of orange to garnish. For the 10th anniversary of Fix The Pumps last year, O’Neil made the ebook available online for free.

No account of lemonade variations is complete without a mention of travelling circuses and pink lemonade. Accounts place the invention of this eye-catching drink around the mid-to-late 19th century. One credits Henry E Allott, who ran away with a travelling circus, and accidentally added red cinnamon candies to some lemonade. Another claims that Pete Conklin, also making lemonade while working for a circus, used some water that a performer had used to wring out some pink-coloured tights. Regardless of whether either is true, it seems the original emphasis was on the colour, and not necessarily the flavour.