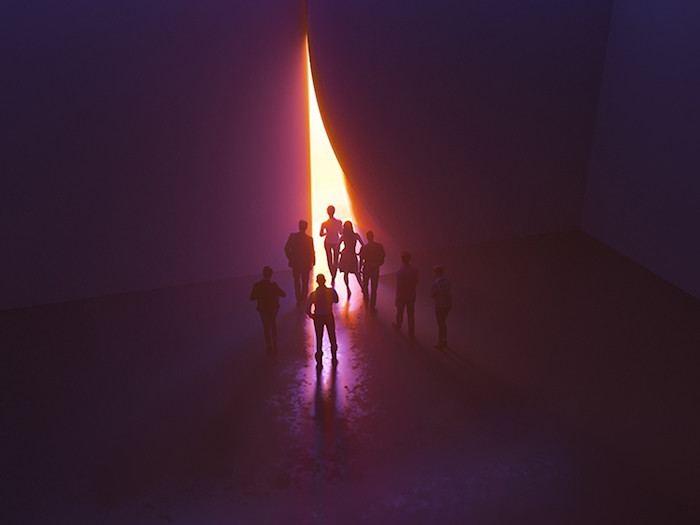 Hamish Smith reflects on what the combined effect of restriction lifting and the challenges posed by Brexit will likely have on bars’ ability to flourish in the future.

If a bar is reductively defined as a venue for the sale of drinks, there has been a Herculean effort this year to merely fit the definition.

The most basic condition of trading – bars being open – is now something we can probably take for granted again. In unlocking society amid the start of a wave of Covid cases, the government has clearly signalled it is pulling back from state intervention to return to libertarian values. Lockdowns may now be a term of only historical significance.

It would be folly though to think that there are no conditions under which the trading restrictions removed this month – chiefly mask wearing, distancing and table service – could return, particularly on the upslope of the third wave.

Indeed, with policy making way for a new phase of personal responsibility and discretion, we now enter the age of ‘living with the virus’. While vaccinations mean positive cases are now much less likely to end up as hospitalisations and death, there is the practical issue of running a bar amid a rising tide of infections. Anecdotal accounts suggest many bar staff tested positive for Covid this spring and summer, but many more have been forced to isolate due to close contact. Enough pings on staff phones, the bar is closed.

From July 19, use of the NHS check-in app will no longer be required for customers, and while this could amount to a sort of blissful ignorance for some venues, the responsible bar owner might prefer to have knowledge of their staff’s exposure, particularly at a time when cases are rising, capacities are at full tilt and mask wearing is confined to the social consciences.

From August 16, fully vaccinated people (two weeks after their second jab) in England won’t have to self-isolate if a close contact tests positive for Covid. This date, chosen as a point when most adults will have had their second dose, fails to take account of hospitality’s young workforce, 60% of which, according to UKHospitality, is in the 18-34 range. For the youngest adult age groups, the second dose is scheduled to come as late as mid-September.

When the health secretary, Sajid Javid, warns of case counts as high as 100,000 a day this summer, there will inevitably be huge swathes of the hospitality workforce forced into isolation and venues closing at a time when they can least afford to. A test-and-release system for those isolating through close contact is the only workable measure that will avoid what UKHospitality calls impending “carnage”.

One side-effect of the vaccinated’s privileged status is travel, but come October when all adults have been offered two doses, this could also come into play in recruitment in hospitality. Even when 10-day isolation rules have been lifted, you can’t ignore that fully vaccinated bartenders will appeal more to employers than those not. Whether this could be a precondition of employment – particularly for front of house roles – is something for the discrimination lawyers to pick over. More immediately, amid a recruitment crisis (more on this later) employers can’t afford to be picky.

Ben Alcock, of HMSS and Filthy XIII in Bristol, has moved between multiple suppliers to try to find what he needs. “Both stock and supply have been a nightmare. Lots of core lines are out across the board. It seems these issues are not going away anytime quickly.”

Over at Pennyroyal in Cardiff, the situation is similarly challenging. “The problems are rife – all suppliers seem to be having a rough time. I think the key as an operator is giving yourself as many options as possible,” he says.

If only Brexit was singularly to blame. Over the period of the pandemic, brand owners and distributers have been forced to pivot to off-trade and ecommerce strategies, but when the on-trade reopened this spring and summer, many weren’t prepared for the surge in demand.

Stocks were already low following 16 months of reduced production levels and the combined effect of a parched well, tapped by more drinkers, is only now starting to materialise. And of course our dear friend Brexit, which has created red tape and delays around shipping and customs.

Jen Baernreuther, director at Speciality Drinks, fill us in: “Hauliers and delivery companies in the UK are experiencing issues including staff shortages, which means that even when stock arrives in the UK, it is not always possible to have it delivered to route-to-market or on-trade customers.”

If the situation shows little sign of ending soon, there is at least a will to find a resolution. “It is critical that brand owners, producers and distributors act quickly to prioritise and support the reopening of the on-trade by making sure they have the products they need to run their businesses,” says Baernreuther.

So bars will eventually have their stock, but will they have the people to serve it? The pressing issue right now for many venues is the worrying shortage of skilled hospitality workers. When the pandemic hit and the industry shed jobs, many EU nationals returned home. Brexit and the end of free movement means they won’t be back. With the bartending profession classified as unskilled labour, the bridge between our world-leading hospitality sector and the fertile source of skilled, trained and motivated staff across the Channel is broken.

Changing the domestic perception of a career in hospitality is now a must, not an ambition. For all the rhetoric surrounding the bartender lifestyle, to attract the next generation, bars must provide a better package of incentives.

For the first time, it’s possible the power may have shifted to the workers, as bars become routinely ridiculed for offering “competitive salaries” that start at minimum wage or those that offer zero-hours contracts. While progress depends on wages increasing, calls couldn’t have come at a worse time for businesses saddled with debt and an uncertain future. More on this from Edmund Weil on page 16.

A debt of gratitude?

It seemed to slip a little under the radar, but the government is now starting to act on debt. Last month it was announced that the lease forfeiture moratorium, preventing landlords from evicting commercial tenants, would be extended to March 2022.

If that was expected, Class understands there is also a renewed bid to solve debt disputes between landlords and commercial tenants affected by the pandemic, with a new, firmer code that would guide negotiations towards agreement over a 50% discount on debt. What’s more, legally binding arbitration, which would force tenants and landlords to reach an agreement over pandemic debts, is expected to come into effect and could apply to debts accrued between 23 March 2020 and 19 July 2021.

For those operators still to get landlords to the table, or those that have been paying most or all of their rent, a 50% discount on debt would be welcomed, particularly when it looked increasingly likely that nothing would be done at all.

With problems simultaneously surfacing in all aspects of service – venues, stock and staff – the bar industry faces a historically challenging moment. After the last 16 months, there is a feeling that there can’t be much more that could go wrong, nor a more resilient industry to deal with whatever comes next.