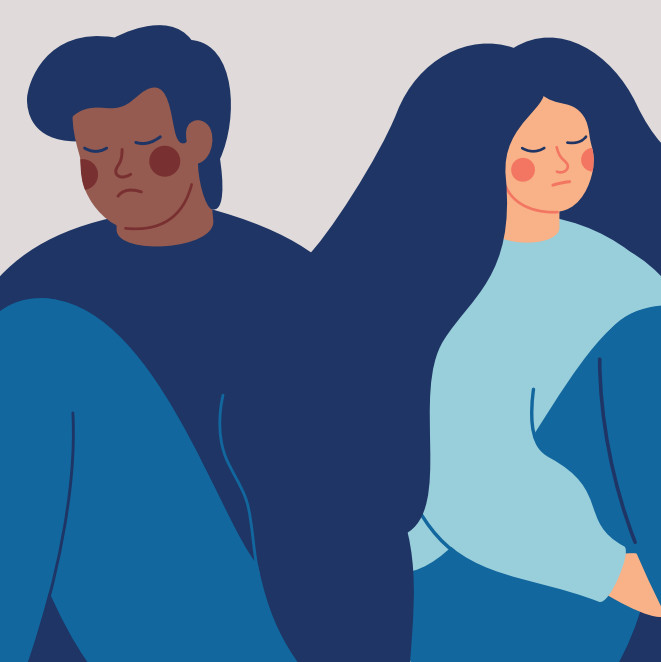 Eating disorders in the drinks and hospitality industry are rife but rarely spoken about. Millie Milliken lifts the lid of what might be the ‘last taboo’ in our industry.

2019 is the year that Jane pinpoints as the turning point in her experience with her eating disorder. “It was crazy busy,” she says. “Being active and eating very little is the best breeding ground for eating disorders.” Having started working in the bar industry at the end of 2018, the excessive hours and lack of food led to her losing weight at speed. After three months, she took a trip to her hometown and the compliments came rolling in. “That is what started it. The happiness that surrounds being small again really kicked me into it.”

She isn’t alone either. A call-out to our industry on social media resulted in a deluge of private messages from members of the bar community across the country: men and women of varying ages and backgrounds either currently living with a disorder or with a history of one. And while they all agreed to speak to me, one by one, the majority of them cancelled last minute.

Sadly, it is no surprise that people in our industry are suffering. 1.25 million people in the UK have an eating disorder (according to charity Beat Eating Disorders) and our industry is entrenched in triggers and contributing factors. From irregular working hours and late-night shifts to poor staff food offerings and the added factor of working with alcohol, work in the bar industry means that people who are already dealing with a disorder are in dangerous territory. The introduction of calorie information on menus will no doubt also be an exacerbating factor in the days, months and years to come.

It’s not just our bartenders either – these conditions extend to other people working in our wonderful industry (PRs, events professionals, even journalists). Sure, the onslaught of brand dinners, cocktail menu launches and packed itinerary trips may be first-world problems (and to those looking in from the outside, a constant slew of ‘jollies’), but their impact on our physical and mental health are problems all the same – even more so for someone with an existing disorder.

And yet nobody is talking about it. As someone who has had an eating disorder (I had anorexia nervosa during my time at university and while working behind a bar and, although now recovered, continue to live with a related disorder exacerbated by work), this subject is one that is both personally and professionally pertinent – and yet, despite our industry’s fantastic growing initiatives around mental and physical health, eating disorders just aren’t spoken about. So, what are the triggers? And how can we support our peers?

“Developing a regular eating pattern is often a crucial part of eating disorder recovery, and we know from the people we support that working irregular hours can complicate this,” says Beat’s director of external affairs, Tom Quinn. Indeed, irregular eating patterns were cited as one of the most exacerbating factors with my interviewees when it came to catalysts for existing eating disorders as well as new ones.

Lucy actually developed an eating disorder when she started working in the bar and nightclub industry. “It started pretty much with ignoring the idea of eating… because I was too busy and couldn’t deal with an already pissed-off kitchen staff by mentioning my diet,” she explains, citing being an on-off vegan and vegetarian for not wanting to eat at work. Numerous changes in jobs have meant she has gone through both weight gain and rapid weight loss, with the pandemic seeing her gain weight and struggle to lose it in a healthy way: “It’s hard not to think of starving myself again just to get back to the weight I found acceptable.”

Sarah, who worked as a restaurant manager at a Michelin-starred restaurant, found that stress was a contributing factor to not eating. “There has always been bulimia in my past but it was never food or weight related. But as I moved into more stressful jobs I didn’t want to eat and would rather put other staff before me. I felt like if I ate I would slow down,” she says, also admitting that it has led her to fall out of love with food.

While eating disorders are not always attributed to how we look, the growing emphasis on appearance (compounded by photography and video content at bartender competitions, for example) can also make recovery from disorders difficult. Jane also cites a specific competition-related incident as being a contributing factor: “I gained some weight back and returned to work with a girl who was naturally very tall and skinny. In 2020 we were competing in the same competition: I won and she came second, but after the competition people remembered her and not me. That was a really unpleasant reminder that skinny privilege does exist in the bar industry and that was another aspect of me going through it all again.” In a regularly visible role, for me, video footage and photography from an event is often a hugely triggering and confronting element of my job that can revert me to disordered behaviour on a regular basis.

On the look out

Thankfully, there are some mechanisms and ways of supporting colleagues who are experiencing similar disorders. For Jane, who says she is in a much better place now, she has a co-worker who is aware of her circumstances and makes sure she eats. Her employer also has a policy where staff are allowed to eat whenever they feel hungry, as opposed to enforcing food breaks.

Sadly, for some, leaving roles such as working in restaurants or bars is the only option to begin to deal with the cycle. For Sarah, while she doesn’t have many options, a 9am-5pm coffee shop job would be more ideal to encourage her to sit down to a hot meal at the end of the day and align more with her main support, her partner. “It won’t be as well paid, but it would maybe be a better lifestyle choice.”

It’s important, Beat states, to remember that eating disorders are treatable and people can and do make full and sustained recoveries. However, until we learn to recognise and support members of our workforce who might be struggling, eating disorders will remain endemic in our industry and continue to go unnoticed.

I for one would like to continue this discussion – it could change someone’s life.

• Eating disorders affect an estimated 1.25m people in the UK,

• Studies suggest up to 25% of people with eating disorders are male.

• People with eating disorders can be diagnosed with:

• The causes of eating disorders are not fully understood, but include a mix of genetic, biological and cultural factors.

• It takes an average of three and a half years for someone to get treatment after their symptoms first begin.

• Eating disorders are treatable and people can and do make full and sustained recoveries.

• Eating disorders can cause weight gain, weight loss, or no noticeable change. The vast majority of people with eating disorders are within a ‘normal’ weight range.

If you’re worried about your own or someone else’s health, you can contact Beat, the UK’s eating disorder charity, 365 days a year on 0808 801 0677 or beateatingdisorders.org.uk

* All industry interviewees for this piece asked to be kept anonymous so we have changed their names for the purposes of reporting. We have also refrained from documenting specific disordered behaviours in line with Beat Eating Disorders’ media reporting criteria