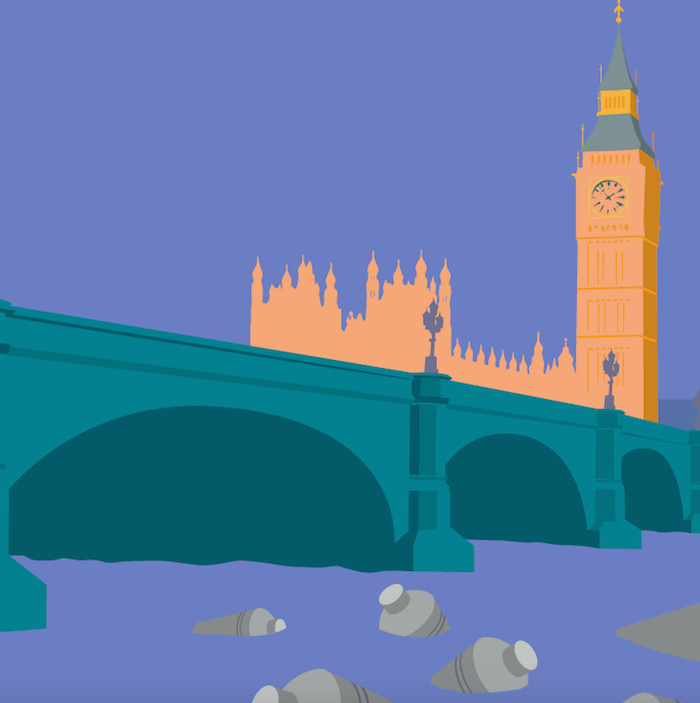 Covid-19 has brought the strained relationship between the bar industry and the government to the surface. Millie Milliken asks what needs to change post-pandemic.

I’m trying to find a way to phrase this that isn’t just “we’re fucked”.’ Speaking to Ryan Chetiyawardana at the beginning of 2021, I think it’s safe to say the international bar owner was not feeling optimistic about the future of UK bars in the wake of Covid-19.

You don’t need me to do a roll call of the myriad hurdles hospitality and wet-led venues in particular have had to jump over the past 12 months. Even just listing a handful – no music in bars in Scotland, substantial meals, curfews, the rule of six – start to stack up into making a pretty full picture, and one that isn’t nice to look at.

While government support such as the furlough scheme has offered a lifeline for some, for many the constant ‘scapegoating’ of bars and the people who work in them only proved the point that many felt before Covid-19 – that the industry and its workforce simply don’t matter. Wider hospitality petitions were launched (Seat at the Table), demonstrations were organised (HospoDemo), and most recently, the night-time economy adviser for Greater Manchester, Sacha Lord, has taken the government to court over the delay of reopening indoor drinking and dining.

Will the government ever take the world of drinks seriously?

“While this campaign was born in a devastating time, it is actually something that has been discussed for a number of years,” says Lydia Rigby of Seat at the Table. The campaign was launched in October 2020 and went in search of 100,000 signatures to secure a debate in parliament calling for a minister for hospitality – by early 2021, they’d surpassed 200,000.

During the debate, Labour MP for Warrington North Charlotte Nichols made the case for more support for pubs, while Conservative MP for North West Norfolk James Wild asked for answers around restrictions on takeaway alcohol and highlighted the huge knock-on effect to the supply chain.

Decisions being made without operational insight were brought to the forefront during the pandemic, says Rigby. Aside from pouring a pint in the Crown & Treaty in Uxbridge, or serving a chicken katsu curry at Wagamama, how can prime minister Boris Johnson and the chancellor Rishi Sunak make sink or swim business decisions about bars?

“The government needs to start listening,” says Sian Buchan, who opened Uno Mas in Edinburgh for just a few weeks before it had to shut. “There need to be more spokespeople the government speak to in these industries so that it is an open conversation.” But according to Kate Nicholls, chief executive of UK Hospitality: “When it came to Covid hitting, the government understood and reached out straight away, asking us what we needed to do to support the industry.”

She does, however, admit that perception of alcohol has most likely led to the arbitrary and disproportionate impact on bars and pubs. It’s this perception that has hung over the industry even before Covid emerged. “I think it was... slightly disgusted at it,” says Chetiyawardana matter of factly. “I used to describe it as a split personality view of it, particularly alcohol: when it was useful from a tax base it was celebrated, but on the other side it was the cause of society’s ills.”

Compared to the likes of Singapore, Copenhagen and Amsterdam, which Chetiyawardana points out promote the drinks industry as an integral part of their culture and tourism draw, the silence from the UK is a stark contrast.

Promoting the drinks industry as a career to young people may come with its own ethical implications, but presenting the hospitality industry as a viable path at all certainly wasn’t encouraged when I was at school. After the 2008 recession, there was a focus in 2010 on getting young people into hospitality, promoting apprenticeships in schools, and making the sector more visible to young people deciding on a career path. But Covid has knocked that off course. Now, for Nicholls, the focus should be more on making teachers and parents aware of the industry’s benefits, “that it is a career and a real and meaningful profession”.

With the industry losing 660,000 people in the past year, making the industry an attractive one to future generations will be crucial to rebuilding its health. While this has already galvanised industry figures and organisations into action – Equal Measures and The Mixing Class have launched an educational mentoring scheme, while the Drinks Trust’s new Drinks Community platform is off the ground with a mentoring programme – it will take someone like a minister for hospitality to get the decision makers on board.

Brexit is another issue to think about when it comes to homegrown talent, or lack thereof. With changes to hiring protocols and working visas coming into place – lest we forget the classification of some hospitality workers as ‘unskilled’ by the UK government – where and how the industry gets (and retains) its staff is going to be crucial.

Nicholls sees a lot of the issues that unstuck the industry during Covid as those that can be controlled from within. Things like rental prices, business rates, landlord and tenant acts – all the fun stuff.

But there is hope: the success of some of the changes to legislation brought about by Covid-19 could, says Nicholls, lead to larger change moving forward. “If you look at the experiment about opening up outdoor spaces, those are things we were prevented from doing, but now it is out of date.”

Buchan quietly hopes that, with drinks being more accessible across parts of the country due to delivery service, and with bars and pubs having been more in the public eye than ever before, attitudes towards the industry may have changed. “Perhaps people will have more respect for people who work in it – we’re still here, we still want to look after people. People will see us as not just a job you do at uni, they’ll look at all the people who have branched out over the last year and realise that people [in this industry] are smart.”

But are the powers that be listening?