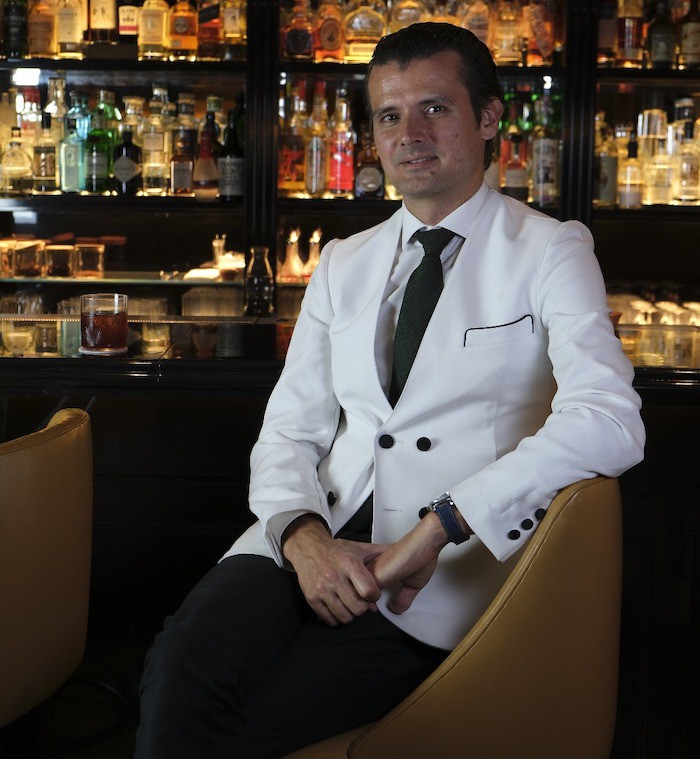 Erik Lorincz will reopen his award-winning bar Kwānt in a new site in London's Mayfair this autumn, Class can exclusively reveal.

The original site on Heddon Street, dubbed a “five-star tropical bar” at its launch in 2019, was forced into closure late last year after its sister restaurant Momo, with which it shared a lease, went into liquidation.

Up to now Lorincz had been unable to permanently relocate the three-time member of The World’s 50 Best Bars, instead porting the brand to Ibiza this year, where it has taken up a summer residence at Me Ibiza Hotel under the banner of Kwānt by the Sea.

The new London site, signed off on yesterday, is on Stratton Street, just off Piccadilly and metres from Green Park Station and The Ritz.

Unlike the bar’s original basement space, the new Kwānt will open in a ground floor site, with a large glass front and high ceilings. The site was formerly a Café Nero.

The fit-out will begin this summer and is expected to be completed in October or November.

Lorincz told Class: “The décor will see an update from the first Kwānt as it’s on the ground floor, not the basement. We have to adapt to the daylight, the big windows and the high ceilings. We will look at opening earlier, for day trade. Perhaps for late breakfast, with coffee, at lunchtime or 3pm for aperitivo. The bar will have table service with around 50 seats – so a similar number of covers to before.”

There will be a new menu but the cocktails will have the “same DNA” as the original site, though Lorincz is planning to refocus on UK-sourced liquids, such as English wines and vermouth. While the food will follow the bar’s Moroccan influence, with small plates of fish, oysters and vegetable carpaccio among the dishes planned to make an appearance.

Lorincz has already started to prepare his opening team with Giusy Castaldo confirmed to join the London site once Kwānt’s summer residence in Ibiza comes to an end. “I have a list of people on standby,” Lorincz said.

The new venture also sees a change of investors with Lorincz now receiving backing from a friend in Slovakia, marking the end of his partnership with Mourad Mazouz.

Lorincz said: “Kwānt was under the same lease as Momo so when they sunk, we sunk. There was sadness at losing the Heddon Street Kwānt, but it’s the end of that journey and the start of a new one.

“Kwant 2 is coming and it will be bigger, better and stronger.”