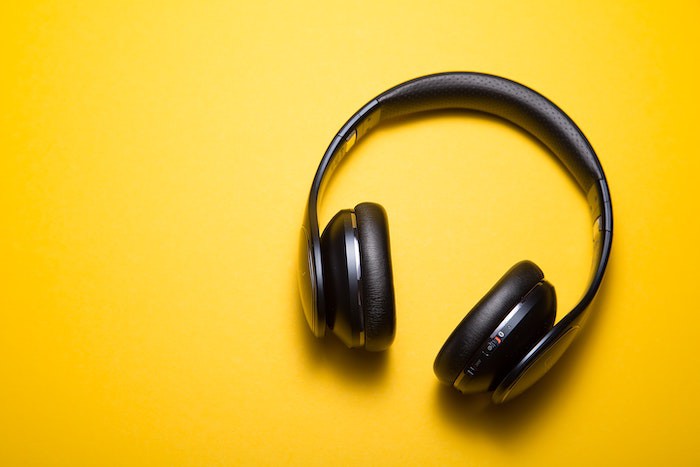 Continuing our series of articles on the psychology of taste, Oxford University professor and gastrophysicist Charles Spence asks everyone to listen up.

Sound. It was legendary North American marketer Elmer Wheeler who, back in the 1930s, became famous for his strapline: ‘Sell the sizzle not the steak.’ He was hinting at the power of sound to capture the attention of customers. After all, haven’t we all found ourselves looking at the sizzling hotplate as it's brought to one of the other tables in a restaurant?

But just how many drinks can you name that draw attention to themselves through the sounds they make? Not many is my guess. When one thinks about the sound of cocktails, what comes to mind is obviously the rhythmic noise of the cocktail shaker, perhaps the periodic pop of the champagne cork, the tinkle of the ice in the glass. But that is about it.

Some bartenders also talk of the ritualistic sound as they crack open a bottle of their favourite rum. And maybe taking a leaf out of Chicago chef Grant Achatz’s book, you could change the material of your countertop to ensure more of an attention-capturing sound when you finally put your latest creation down.

But is the fact that sound is not used more effectively in the cocktail bar a lost marketing opportunity? Those with a great-sounding product knew just what to do. In 2014, Krug champagne famously came out with the Krug shell. This piece of Limoges porcelain was designed to be placed over one of its distinctive Joseph tasting glasses to allow the drinker to better hear the sound of the fizz in their drink. Meanwhile, Johnnie Walker came out with a limited-edition augmented reality glass that was designed to play a sound when the drinker brought the glass to their lips.

The sounds of preparation and pouring provide useful information for those who know what to listen for. For instance, even though many people do not realise it you can hear whether a drink is hot or cold simply by the sound it makes as it is poured into a glass. What is more, people can also tell something about the type of the drink from the sounds of carbonation. From our recent research, we found people could distinguish between the sound of club soda, cava and champagne. There is even a German beer drinker who claims to be able to discriminate between more than 100 kinds of beer merely from the sound of opening and pouring.

Chefs such as Heston Blumenthal have argued that sound is the forgotten flavour sense. In our own research we have found people’s perception of the carbonation of a drink can be enhanced simply by making the fizz louder. It is worth noting that even a creamy texture has a sound. I could well imagine that the sound of ice tinkling in the glass might also have an impact on how cold a drink is rated as being. Would a drink be rated as colder if the tinkling sounds were made louder? It wouldn’t surprise me if it would.

A few years ago Swiss chef Denis Martin created a gin and tonic the likes of which most people wouldn’t have seen before. Take your drink and pour it into a balloon. Blow it up then tie. Throw the drink in a vat of liquid nitrogen. The result is a visually stunning mixed ‘drink’ that can be illuminated. Perfect, except for the lack of the sound of the carbonation – the Sch of the Schweppes, as the old ads used to go. We worked with a sound design agency to try to bring back the sound of the fizz through augmented glassware.

And all of this before you get to the sound of viscosity. In the past we have been conducted research into whether people can hear the difference between more and less viscous drinks, based on an anecdotal report from a blind individual who, on hearing one of the characters on The Archers pouring themselves a cognac after a stressful day, immediately said: “Oh no they didn’t. They poured a water.” More and more drinks brands are getting interested in the sound of their drinks – and the sound of their brand. This perhaps helps to make sense of examples such as tequila Herradura’s recent decision to create a custom track, called the Sound of Smoothness.

When sweeter-sounding music was played, people tended to mix a sweeter drink, whereas sour-sounding background music tended to result in people mixing a drink that was a little more sour instead. And that is not all. There is also some evidence to suggest that loud background music can interfere with your ability to discriminate the alcohol content in a drink.

More generally, it is worth remembering just how important sound can be, both in terms of capturing the attention of one’s customers, and in terms of setting their expectations – subconsciously or otherwise – about the drink they are about to taste. As a cocktail maker, you should perhaps be thinking about how you can bring a little more sonic interest to some of the drinks you serve.  Maybe you might think of using some kind of augmented glassware to enhance the drink’s sound, or provide some other kind of sonic accompaniment to your latest creations.

Not for much longer will sound be the forgotten flavour sense.