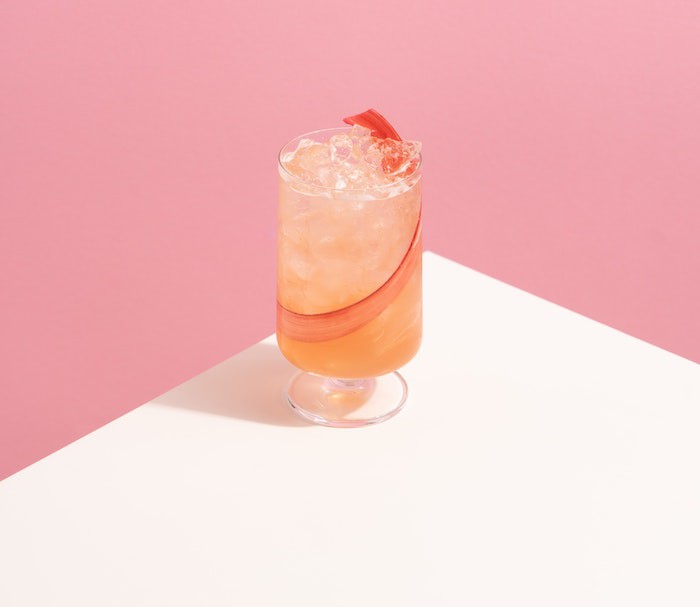 In the first of a series of articles on the psychology of taste, Oxford University professor and gastrophysicist Charles Spence investigates sight.

Eating and drinking are among life’s greatest pleasures, and also among the most multisensory. The world of cocktails is no exception here, engaging as it does – or at least as it should – all of the drinker’s senses.

Just think about it, everything from the bright and vivid colour of the drink itself through to the sound of the cocktail shaker and the fizz of the carbonation in the glass.

Then there is the texture and weight of the drinking vessel in the hand, not to mention the feel and temperature in the mouth. All that before you get to the taste and aroma of the drink itself.

In the forthcoming articles in this series, I want to see what can be done to augment the drinker’s multisensory tasting experience by engaging each of their senses more effectively. In this piece, I will start by taking a look, quite literally, at sight - just how much influence does a cocktail's looks have on what the customer chooses to order and how much they enjoy the experience?

According to the famous Roman gourmand Apicius: “We eat first with our eyes.” And, intriguingly, the latest brain science has indeed shown that some of the largest increases in blood flow in the human brain are elicited when a hungry brain sees food it likes. So, you might well ask: “Does that mean we also drink with them first too?” That is, does the thirsty brain respond in the same way to a beautifully presented drink as the hungry diner’s brain does to a delicious plate of food?

Well, while a cocktail is most probably not what first comes to mind when craving a drink, how a cocktail looks and, perhaps more importantly, how it photographs, is, I would argue, more important today than ever before.

In decades past, the world of cocktail-making distinguished itself, at least in part, through the use of bright colour. Everything from the livid blue of curaçao to the intense green of crème de menthe. But it is important to note that a lurid cocktail drink isn’t the draw it once was.

On the one hand, there has been a general move away from the use of synthetic/artificial colourings to naturally sourced, but often less vivid, ingredients. On the other hand, the problem here for the inventive mixologist is that pretty much every possible hue has already been claimed. I would bet most colours that one could think of, or create, will already have appeared in some cocktail or other. In other words, it’s hard to be original any more with colour.

When thinking about the visual appearance of the drink itself it is, of course, not only important to consider the colour, or colour combination, but also the opacity/transparency of the drink. Just think about it, the very same shade of green might remind you, and the customer, of lime if transparent, but make them think of a vegetable smoothie when opaque.

That said, a drink is never seen in isolation, it is always presented in some sort of glassware or receptacle. Hence, it turns out that the meaning of a drink’s colour in the mind of your customer is often constrained by the distinctive shape of the glassware in which it is served, if not by the garnish, and by the naming/description of the drink.

In much of the research conducted here at the Crossmodal Research Laboratory at Oxford University we use massive online testing to look for cross-cultural similarities/differences in the meaning of colour in a drink and, more recently, how it varies as a function of the glassware in which it is presented.

Just imagine various coloured liquids and think about how they might taste (e.g sweet, sour, bitter, salty)and what flavour (eg fruity, smoky, floral, herbal, meaty etc) you would expect them to exhibit. We might even ask how much you would be willing to pay for drinks with consideration to the glassware in which they are served.

Here, if we just focus in on the pink/red drink shown in the plastic water cup, then we find that young Brits expect such a drink to taste of cherry or strawberry. Show exactly the same drink to a Taiwanese customer, though, and their mind will immediately think of cranberry (e.g something that will likely taste much more sour). When it comes to the transparent blue drink, then the cross-cultural difference in people’s flavour expectations is even more pronounced. The young British consumers we tested expected such a drink to taste of raspberry, whereas the Taiwanese were thinking mint (i.e mouthwash).

Now, it is just such differing expectations that can help to explain why some people may like a drink whereas others do not. The ‘disconfirmation of expectation’ – that is, where we expect to taste one thing and actually experience something very different – is rarely a good thing in the world of food and drink.

After all, misjudging what goes in our mouth could very well end up poisoning us if we are not careful.

This is not to say you cannot use colour to surprise your customers – after all, the modernist chefs do it all the time (remember Heston Blumenthal’s beetroot & orange jelly?). But beware, surprise is a difficult trick to pull off effectively. And what is more, this is a trick that only works once – that is, people aren’t going to be surprised the second time around. Hence this is likely a technique that isn’t going to get you the repeat custom that is the lifeblood of so many bars.

Making sure your cocktails photograph well means that your customers are going to be more likely to share an image of them over their social networks. These days, making something look good on people’s mobile devices is as much (if not more) a matter of the receptacle, or serve, as it is of colour or opacity of drink itself.

So, while colour and the visual appearance of a drink may not fit within most definitions of flavour, there is no doubting that it (what we see) exerts a profound influence over both what we choose to order and what it tastes like/of when we put it to our lips.

Very often what we think we are tasting is dominated by the expectations set by our eye. So the top tips for bartenders here are not only to make your cocktail creations look good and photograph well, but also to make sure that your customer, whoever they might be and wherever they might be from, knows what to expect in terms of taste/flavour.

First published in CLASS magazine in Autumn 2016. Updated for ClassBarMag.com May 2022.