Smoke signals - how American whiskey is turning to peat
by Tristan Stephenson / 04 April, 2022 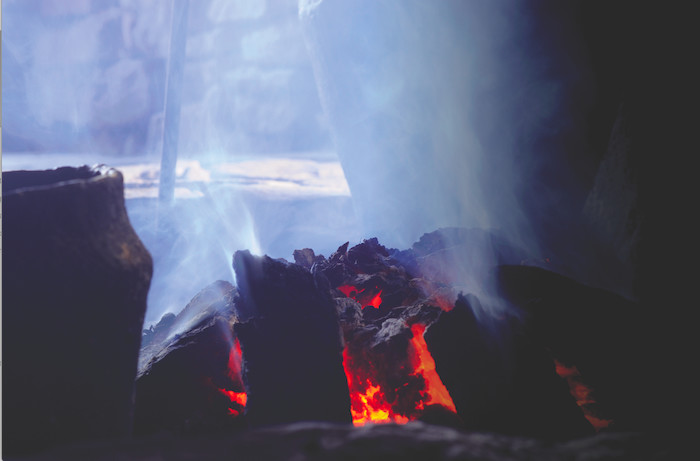 There are signs that peated American whiskey is about to catch fire, says Tristan Stephenson.

Like it or loathe it, there’s something primal about the intoxicating aroma of smoke, and smoky whiskies continue to have a strong following. We naturally turn to Scotland, and in particular the islands, when we think of smoke, and it’s thanks to the recent popularity of these styles that whis(e)y producers all over the world are turning their attentions to smoked versions too.

One country that has a long history of both whiskey and smoking things (typically large pieces of meat) is the US, so it’s no great surprise that there are a growing number of smoky drams emerging from American still houses too.

The easy route for a few start-up distilleries in the US is to slip some smoke into their products by using Scottish peated malt as a component of their mash bill. Phil Brandon, founder of Rock Town distillery in Arkansas, makes a peated bourbon using a proportion of peat-smoked malt from Scotland. Colin Spoelman, founder of Kings County Distillery in Brooklyn, NY, does something similar, as does the Liberty Pole distillery in Pennsylvania along with a handful of others. Balcones, in Waco, Texas, goes all in and makes a peated single malt from 100% Scottish barley.

Like the distillers making them, I view these products as ‘fusion’ spirits that combine American whiskey-making tradition with a distinctly Scottish twist – like pouring barbecue sauce on your haggis, neeps and tatties (but the other way around). It’s the clash of culture that makes these spirits interesting and the results – so long as you like smoky whisky – are more often delicious than not.

But it’s difficult to extend enthusiasm beyond a few sips as, when all is said and done, if I wanted to find out what a peated bourbon tastes like I need only mix bourbon with peated whisk(e)y — an idea that has already been commercialised in High West Distillery’s Campfire expression.

There are, however, American distillers who are taking full ownership of their smoke. These producers recognise the attraction of smoky liquids to certain consumers, but also the opportunity to impart flavour that is unique and oftentimes representative of culture and location. This makes for a far more exciting proposition for the connoisseur, given that few things are of greater importance when evaluating a spirit than its ability to communicate place.

Hillrock Estate Distillery, in upstate New York, got most of the way there with its single malt by building a small malting floor and kiln, complete with a Weber grill filled with dried peat. The late Dave Pickerell consulted on this distillery, which places quality above all else. That, however, is the catch. Although Hillrock grows all of its own cereals on the estate or on nearby leased farmland, the peat from New York wasn’t deemed high enough quality so it sourced it from Scotland instead.

Westland Distillery in Seattle also imports Scottish peat and uses it for its peated malt releases. That didn’t sit so well with the distillery’s founder, Matt Hofmann who, in his relentless pursuit of terroir, began searching for privately-owned peat bogs in the Pacific Northwest. Hofmann’s search brought him to Doug Wright, a retired sheriff’s detective who operates a bog in Shelton, on the western point of the Puget Sound. Wright mostly sells it to agencies for soaking up oil or chemical spills. The bog goes down 40ft at least, and is home to thousand-year-old beaver dams and volcanic ash, presumably from the eruption of Mount Mazama in Oregon (now Crater Lake) more than 7,000 years ago.

Hofmann managed to convince Skagit Valley Malting to use the dried pellets of peat to smoke a malt for him. That malted barley was duly mashed and distilled in 2017 and is currently patiently sitting out its time in casks. The first batch consisted of 70 barrels.

Credit where it’s due

Much of the credit for getting America into smoked whisky has to go to Rick Wasmund, founder of Copper Fox Distillery in Virginia. It was during a brief stint working at Bowmore that he learned about the whisky making and, in particular, the pains that Bowmore goes to with malting and drying its barley in a kiln using peat smoke. When Wasmund was looking to set up his own distillery, he discovered that, sure enough, there were peat bogs in Virginia too. Wasmund got his licence in 2005 and built the first malting floor in America since Prohibition. Rather than using peat though, Wasmund was inspired by the barbecue culture of the neighbouring Carolina states and chose an altogether more American approach to imparting smoke flavour by using fruit tree woods as fuel.

“It was such a good idea, but no one else was doing it,” he says, shaking his head. Whether it’s apple, cherry, pecan or peach, just like the fruits of these plants, fruit woods are imbued with a unique array of aromatic compounds and smoke-producing carbohydrates. And, just like a pit master tailors the type of wood to the cut of meat, Wasmund has been able to finely tune the smoke aroma that is imparted to his whiskies through experimentation.

Another well-known distillery that has tinkered with wood smoke in its whisky is St George Spirits, in Oakland, California. St George’s standard single malt whiskey is made from a blend of malted barleys, all of different roast levels: crystal malt, amber malt, chocolate malts, black patent malt. It also uses a small portion of malt that has been smoked over beech and alder woods. The exact recipe for this mash bill and the sourcing of the smoked barley is divulged on a “if I told you I’d have to kill you” basis, which were the exact words of head distiller Dave Smith when I asked.

Less of a mystery (though often more confusing) is Bryan Davis from California’s Lost Spirits, who you may know as the inventor of the THEA (Targeted Hyper-Esterification Aging) One Reactor, which is claimed to be able to impart 20 years-worth of maturation effect to a spirit in less than a week (a story for another time).

Around 10 years ago (or 3.5 days in THEA time) Lost Spirits’ main focus was on whisky and smoke. Davis was fascinated by peat and the terroir it could bring to a whiskey. So he set about sourcing peat from all over North America: the Florida Everglades, a saskatoon berry bog near Winnipeg in Canada, cranberry bogs in New York, and from an island off the Sacramento delta in California. “They all have different kinds of decomposed vegetation,” says Davis. “Some have sedge moss, others have sphagnum moss, some have both. The peat we got from Edmonton in Canada was made from decomposed pine needles and pine cones, and you can really smell that when it burns.”

Davis’s dream was to build a malting floor and kiln to burn all this peat and make his own peated malt. Unfortunately, the distillery was unable to get a permit, so instead took to smoking malted barley bought in from Washington. These early experiments culminated in the release of Umami, Ouroboros, and Seascape II single malt whiskies, each made from a base of malted barley that had been smoked with peat from different locations. It’s all but impossible to track down a bottle now, unfortunately.

Although location and climate are clear factors in how fermentation, distillation and maturation work, they do not necessarily describe a place in the flavour they make. And, while cereal varieties have an impact on the flavour of a spirit, I’m personally still not convinced that the location in which they’re grown makes all that much difference. But peat smoke or wood smoke is another thing entirely. Since it’s comprised of all the local flora, compressed into flammable form, the plant matter has a bearing on what kind of smoke gets produced. I’ve long maintained that one of the only truly reliable expressions of terroir in whisk(e)y is smoke.

These pioneering American distillers might be playing with fire, but they are also very likely establishing a new flavour classification of modern American whiskey.