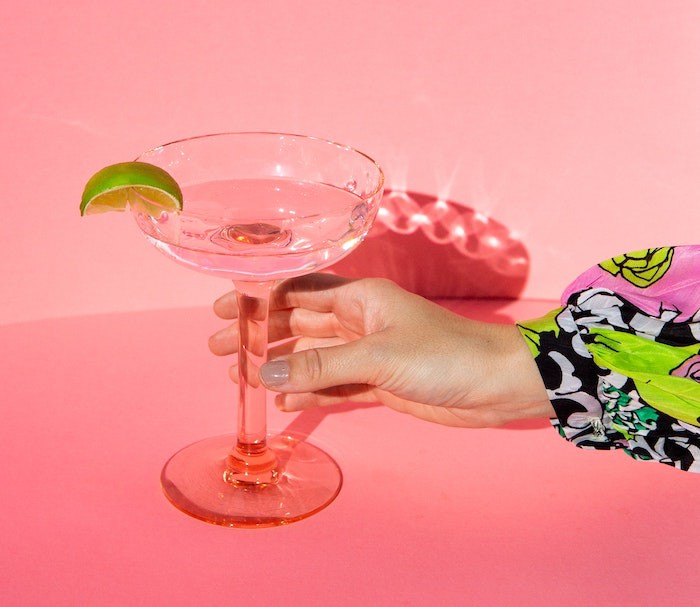 In the Instagram era how do you keep your guests engaged with each other and the experience rather than with their virtual sphere? Charles Spence has a few suggestions for prising mobile phones from customers' hands.

Love them or hate them, mobile phones are here to stay and while some hospitality venues have tried to ban their guests from taking pictures of their creations, they have mostly failed.

Get it right, though, and the tremendous rise of social media images of your food and drink offerings can provide a great boost for your bar business with all the free marketing it provides. Bartenders tell me that something strange has already started to happen. Customers are coming into their bars saying: “I want one of these,” while brandishing their mobile screen across the countertop.

In many cases, the customer knows not what the drink is called, nor even what is in it. All they know for sure is that their friends liked it, and they want to try it too. The name of the game for some bars is to create the most Instagrammable drinks – you know, the ones that look so stunning your customers will feel impelled to share images of them on their social media.

The danger, though, for bartenders who spend too long thinking about their next visually-stunning creation, is that they neglect the most important thing – the taste/flavour of the drink itself. It is at this point that I have to ask what Canadian chef Carolyn Flynn, aka Jacques La Merde, would do if she operated in the world of cocktails? Her Instagram site, showcases gastroporn images, each one of which could so easily have come straight from the pages of one of the Michelin-starred chef’s latest cookbooks.  The rub is that the food that goes into these dishes is picked up from the local gas station – that is, she uses junk food, such as crumbled Oreos, Doritos and Cheez Whiz, as the raw materials for her delicious-looking dishes.

Another problem for the bartender who becomes too successful in this sphere is that when pictures of all your latest drinks have been shared/discussed online, then any element of surprise in the physical experience of ordering and consuming the drink may be lost.

The danger is that your jaded guests may end up feeling like they have “had the experience”, all before they have visited your bar. Given these concerns, you will now understand the motivation behind my collaboration with chef Jozef Youssef of Kitchen Theory (kitchen-theory.com). We have worked on The Uninstagrammable Dish. The idea was to serve a dish where the diner’s mobile device becomes the all-new digital plateware, and hence the diners are prevented from taking a picture of the dish. This trick should hopefully help to maintain the surprise for those who have yet to visit the chef’s table.

Another problem with all that technology at table is that your guests may end up being so distracted by sharing their experience with their social media that they fail to pay attention to the drink itself. If this rings a bell, worry not – Brazilian bar Salve Jorge, in Sao Paulo, has the answer. It created something of a stir back in 2013 by introducing the so-called Offline Glass. This was a beer glass with a partly cut-away base so it could only stand upright (i.e. without tipping over) if the customers put their mobile phones underneath, thus ‘disconnecting’ and, hopefully, being more sociable as a result.

As one article put it “The creation promises to ‘rescue people from the online world’ and encourage them to speak face to face instead of being hooked on their smart phones.” Maybe someone should think about creating the Offline Cocktail Glass too.

It was Apicius, the Roman gourmand who, almost two millennia ago, wrote: “We taste first with our eyes.” While he was talking primarily about food, the same is undoubtedly true as far as cocktails are concerned. While eye appeal is more important than ever before in the world of mixology, you also need to remain alert to the dangers of overexposure and distraction that your guests’ mobile devices might inevitably lead to.