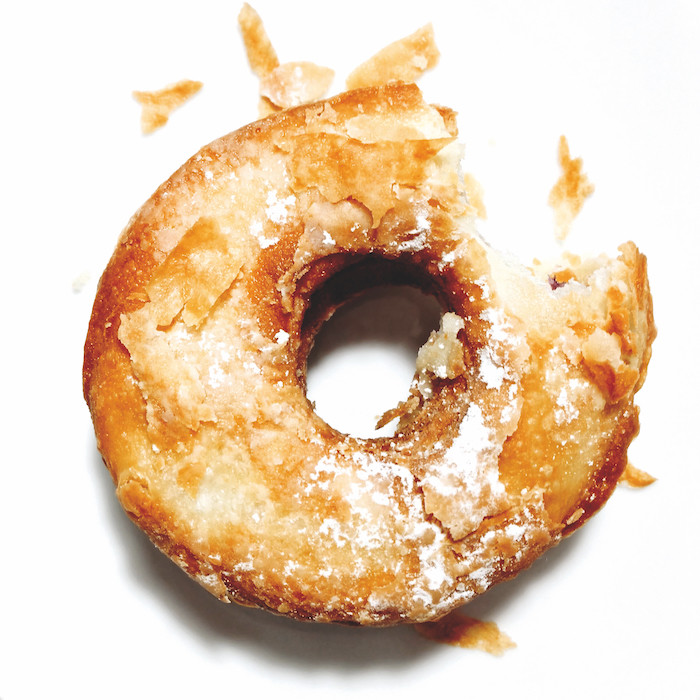 If there are hybrids in food, what about classic cocktails? Prof Charles Spence gets behind the chemistry of mash ups.

Ever since the ancient Romans and, who knows, maybe even before, people have craved novelty in cuisine. Currently, one of the most obvious ways in which this urge manifests itself is the phenomenal popularity, at least among the press, not to mention Instagrammers, of new fusion foods.

Here, one need only think of the ‘cronut’, the ‘mufgel’, and the ‘Dutch baby’ as but three of the recent inventions/innovations in this space. Given their growing popularity, one would surely expect new fusions of classic cocktails. Yet, as far as I can tell, there has been virtually no mention of the latter. The question I ponder here is why?

One of the problems as far as novel fusion creations is concerned, is that the diner, or drinker, needs to be able to interpret the signs and symbols when they encounter something new or different. As Simona Stano highlights in Con-fusion Cuisines: Melting Foods & Hybrid Identities, this requires that the distinctive elements that together give rise to the fusion creation remain identifiable to whoever is tasting them. She gives the example of Italian sushi, where the form retains the distinctive shape of Japanese sushi while the ingredients wrapped inside this distinctive form retain their Italian identity – think Parmesan tempura and Italian sausage.

Keeping the components separate is just so much more difficult in the case of mixed drinks, such as cocktails, where the flavours tend to blend with one another. As such, fusing cocktails can all-too easily turn into what Stano labels ‘con-fusion’, where the elements or parts lose their individual identity.

Ironically, this is precisely what you might argue blending, or mixing, really ought to achieve if done well. And it is this blending that might help to explain why those, like myself, who enjoy drinking both coffee and tea, find the idea of yuenyeung, actually a popular Hong Kong mix of the two beverages, so conceptually unappealing.

This, to me at least, would seem like an unsavoury blend, whereby the individual components lose their distinctive identity – not an intriguing new fusion drink. That said, other commentators have drawn attention to the growing mashup trend. This is where elements of two well-known cocktails are combined, with the fusion being signalled by the name. The Daiquirac (combining elements of the Daiquiri/Sazerac), the Last Cup (Last Word/Pimm’s Cup), and the Cosmogroni (Cosmopolitan/Negroni) are all popular examples of this recent trend.

At the same time, some in the world of cuisine have wanted to question whether fusion isn’t, in fact, the norm rather than the exception. They point to the fact that so many of the ingredients that are now a signature feature of the cuisines of certain cultures – think only of the integral role of tomato to Italian cuisine, or the chilli to some styles of Indian cuisine – were actually only introduced in the past 500 years or so, both the tomato and chlili originating from the New World.

Look far enough back into the annals of history and it turns out that the majority of our contemporary dishes are really examples of fusion. No wonder, then, that famous contemporary chefs, such as Wolfgang Puck, who pride themselves on their innovative fusion cuisine, have been brought to task by those who don’t believe there is much that is truly new.

It is at this point that some commentators might be tempted to suggest that cocktails are the very essence of fusion. After all, spirits were mostly never meant to be mixed – that came later. So, one might say that all cocktails are, by definition, fusion drinks. Just take a Margarita as an example of the mixing of various ingredients, not to mention the fusion of several distinct cultures – Mexican tequila and limes (citrus originally coming from Asia), orange liqueur from France, and the combination itself popularised in North America.

Or take the Manhattan – rye whiskey from the US, sweet vermouth from Europe, and bitters from the Caribbean. In fact, most cocktails can be broken down in just this way, especially those that have gained popularity in the west (where international products have been around for hundreds of years). Looked at in this way, pretty much any cocktail can be seen as representing a mixing, or fusing, of cultures.

However, it is worth bearing in mind that in order for there to be genuine fusion, rather than ‘assimilation’, or even ‘contamination’, the component parts of a new food or beverage creation need to retain their individual integrity, or modularity. I am curious to know what Stano would have to say about tiki cocktails. A fusion of visual design with flavours (eg rum) from the tropics, or perhaps a conflation of cultures?

Looking to the future, new drinks might emerge from the incorporation of modernist cuisine/molecular gastronomy techniques in the creation of cocktails. Ultimately, then, it is interesting to consider how those mashup cocktails we came across earlier, at least the successful ones, always make absolutely clear in the name of the drink which classic cocktails have been combined. Only time will tell whether such mashups really catch on, or remain as nothing more than a gimmick – here today, gone tomorrow.