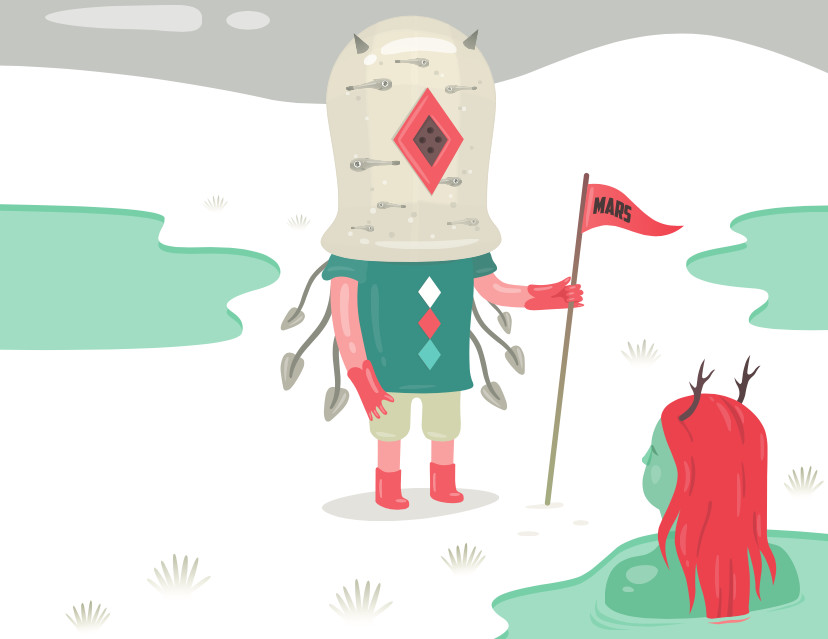 Professor Charles Spence investigates whether there are biological gender differences that shape the way we taste.

If men really are from Mars, and women from Venus, as the title of John Gray’s bestselling book would have us believe, then should we really be serving them the same cocktail?

At the outset, here, it has to be said that talking of gender differences is dangerous territory as much for the psychologist as it is for the food and drinks brands. Just take the much-publicised backlash against Lady Doritos, Brewdog’s Pink IPA for women, or the introduction of Jane Walker whisky by Diageo – such innovations are all too easily branded as sexist. But gender differences there are, in the mouth just like anywhere else you look.

As such, going on the sensory science literature, you’d have to say that bitter cocktails might not be the best starting suggestion for your female customers. That bitter drinks - such as the Negroni - are popular with many women perhaps points to the fact that many of our preferences later in life are actually acquired despite an innate dislike of (eg) bitter-tasting foods.

As long as unpleasant tastes are paired with alcohol, caffeine, sugar or fat, then, soon enough, most of us will be coming back for more. Such conditioning effects are likely to override many of the subtle gender-based differences in tasting that have been identified in the sensory science lab over the years.

At the other end of the taste spectrum, we have sweetness. Here again the population divides into those folk who can be classified as sweet-likers (around 60% of population) and the rest, like myself, who are sweet neutral/dislikers (around 30% of population), or else who seem to show the same response regardless of sweetness intensity (10%).

In my own research, back in 2014, when testing almost 3,000 regular consumers as part of the Streets of Spain festival in London, I observed a clear preference for sweeter/fruitier-tasting wines among the women who took part.

It is, though, important to note that what we see also exerts a profound influence over what we taste. What is more, nowadays many people seem to be choosing their cocktails as much for their looks as for their taste. As such, gender differences in colour perception are likely going to be of interest here.

There are, for instance, some women out there who have one more class of colour receptor, or cone, in their retinas than do the rest of us, who are stuck with only three.

The suggestion is that such ‘tetrachromats’ find it easier to discriminate between subtle differences in shading, especially at the red end of the spectrum. Put all the above together and, who knows, you might even have the start of an explanation for the old-fashioned suggestion that rosé appeals to women. However, the phenomenal rise in popularity of rosé among both sexes in recent years has put paid to that stereotype.

The more important sex difference to be aware of here is that one in 10 of your male customers will have some form of colour blindness. Given such figures, are you quite so sure that rainbow-coloured unicorn cocktail you have been working on recently (as unlikely as that sounds) is really the right choice for that bloke standing at your bar?

Beyond taste and sight, another important place to look for relevant gender differences is in terms of the sense of smell. After all, according to the estimates, somewhere between 75% and 95% of what we think we taste we really smell.

There are undoubtedly important individual differences in the ability to smell certain odorants. After all, 25% of the population think that coriander/cilantro tastes soapy while the remaining 75% describe it as smelling fragrantly herbal instead. In fact, we are all anosmic to (that is, unable to smell) some number of volatile aromatic compounds. So, for instance, 1% of us are anosmic to vanilla, while others cannot smell violet, no matter how hard they try.

That said, such individual differences do not divide neatly along gender lines. And while olfactory thresholds and preferences vary across the menstrual cycle, I have yet to see anyone use that fluctuation creatively (and, more importantly, sensitively) in the design, or serve, of their cocktails.

Ultimately, then, while there are gender differences in sensory-discriminative and hedonic response to tastes, aromas, and flavours, they tend to be small relative to the other individual differences that one finds scattered across the population. And what is perhaps more important are the psychological factors that differentiate one sex from the other.

Men, for instance, tend to exhibit more of a preference for hot, spicy and unusual foods than do their female counterparts.

When it comes to comfort eating, women, true to the stereotype, tend to reach for the ice cream and chocolate (sweet + fat), whereas men, on average, go for more savoury fare instead (think mac ’n’ cheese, pizza, burger & fries – ie, they prefer the combination of salt + fat).

The one gender difference that you most probably haven’t thought about, which might well serve to differentiate the kinds of drinks that men and women order, emerges from research into the question of why women don’t drink more beer. According to consumer research, part of the problem here is that some women don’t like drinking beer from pint glasses. That said, and as I stressed at the beginning, designing glassware especially for women can all too easily strike people as sexist.

In the end, it may be as much the glass that your cocktail comes in, as much as the taste, flavour, or texture of the drink itself that really segments those of us from Venus and Mars.

Ultimately, though, the challenge here is really one of how to design distinctive drinks offerings without coming across to the customer (or online commentator) as sexist.