Diary of a bar owner during a staffing crisis
by Danny Murphy / 18 November, 2021 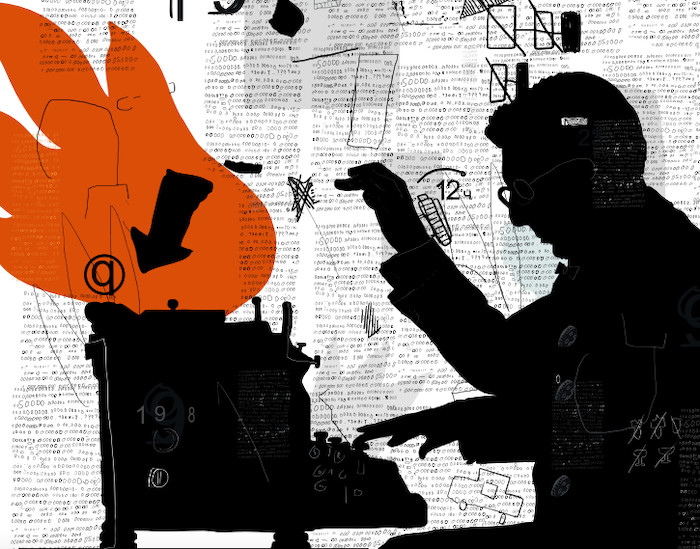 The staffing crisis has seen many bar owners becoming more hands-on in their businesses. Danny Murphy of Berry & Rye Group diarises the experiences he and other operators have had, with a little literary licence to disassociate events, dates and the people involved.

Today is the day! After 14 months closed, the bar reopens tonight. Starting with a week of softs, we’ve a great new menu to show off and a rota of nine ready, willing and eager humans ready to show our guests what they’ve been missing for so long. I raise my espresso in the air and toast: “Here’s to a return to seven-days-aweek trade and getting back to ‘normal’, whatever that looks like.”

Despite my natural proclivity towards preparing for the worst in business, I’m optimistic about the next few months. Sure, it will be a challenge, but we’ve kept our best and brightest, the debt is manageable, and the place is looking good. What’s more, we have an intake of excellent new recruits.

Performed one of the less enjoyable aspects of the job today – firing someone. I never enjoy dismissing people, and it is rare for us to do so. Our culture is such that any bad eggs usually remove themselves from the organisation before we have to, as was the case a week ago with a ‘well-travelled’ (in industry parlance) and cynical server, who mercifully walked out. However, the young man in question was not a bad egg, and was considered to have a bright future. Suffice to say, his indiscretion was not a minor one, and we had no choice but to let him go. Added to the bar back who left us on Saturday, we are now three people fewer, which means just five days a week trading instead of seven for the foreseeable. Applications are a bit thin on the ground, but the right people are just around the corner. Staff count: six.

A text message from the new bar back, who I last saw just eight hours ago after spending all weekend training her. “Sorry to message you while ur on holiday. I got a call the other day offering me a job in Wetherspoons on £9.80 an hour. I wasn’t going to take it because I know I was asking you for a job for ages so I felt guilty leaving but they have asked me to start Friday. I know you have me on the rota for this Friday so I wanted to let you know before I went. Sorry.”

I can’t really blame her for taking the other job. For an 18-year-old with no relevant experience, £9.80 an hour is good. I hope for her sake it’s not three to five hours a week on a zero hours contract. So, it’s back to the drawing board on the bar back front.

Our company bar trainer left today. Got himself a daytime job with a big bank – good salary and great prospects. He worked his notice and left in the right way so I can’t be angry. But I am sad.

The bar back in our other bar has just quit. Got himself a job with a bank too. Didn’t leave the right way. Didn’t work his notice. Can be angry. Am angry. Staff count: five.

Was discussing our staffing troubles with my fiancé. I was mid rant when my phone rang. I looked at the screen. It was our new trainee bartender (two weeks in). “He is about to call in sick, or quit,” I told her before answering. I was wrong. It was both. It’s becoming clear that the right people aren’t just around the corner. Or maybe I’m just looking around the wrong corners. Staff count: four.

In the past three weeks I have had five trial staff for various positions, none of whom have wanted the role when it was offered. This doesn’t include the server who, after two weeks’ of training, told a guest that Noilly Prat was Worcestershire Sauce, before informing me that she could no longer work weekends. When told that was a barrier to continued employment, she replied: “That’s a shame, as I think I’m quite good at this job.” It does, however, include the qualified engineer who wanted a career change, and thought it would be cool to become a bartender due to his newfound passion for fermenting kombucha. He changed his mind after a night stood over the glass wash.

I’ve turned down the chance to do a pop-up bar at London Cocktail Week due to not having enough staff, had to cancel a break away, and missed a family engagement due to working shifts at the bar. Given all this, it would be natural to assume that the optimism of mid-May had well and truly vanished. But it turns out, I’m rather enjoying myself. You see, for all those who have fallen by the wayside, the team we have left are, to a person, excellent. Faultless attitudes, loyal and committed, and becoming more capable by the day. Not a bad egg in sight.

Our struggles have led us to be more streamlined in our operation, and cannier in our approach, so that we can take the same money with fewer people. Finally, I’ve spent more time with the team and with the guests, who are loving the place more than ever, as am I. It turns out that frankly, my dear diary, I do give a damn. Staff count: five good eggs. And me.