Breaking down the server-guest barrier
by Danny Murphy / 26 May, 2021 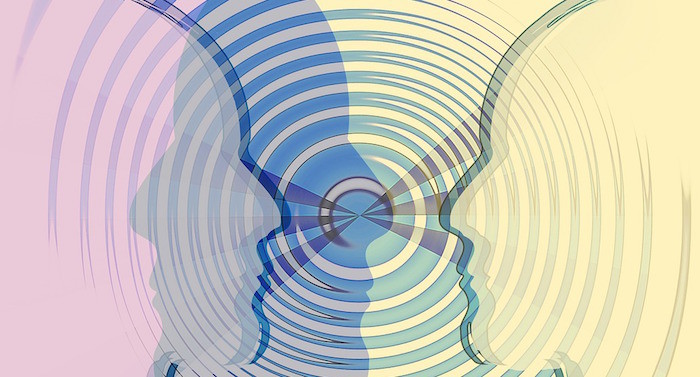 There are certain smart moves that a bartender can make to break down server/guest barriers and build new connections, says Danny Murphy.

"The bartender is the aristocrat of the working class. He can make all kinds of moves, if he’s smart,” so said the character in Cocktail (1988), Doug Coughlin. This line always stuck with me – and I’ll tell you why.

But first, let me take you to The Bar at the Dorchester Hotel, Mayfair, a truly wonderful place to be. You are struck by the opulence of the place, from the fragrance of the fresh flowers that greet you the moment you walk into the lobby. The cocktails, while not crafted by such illustrious surnames as Perrone or Lorincz, are still damned good, and served in expensive glassware. Complimentary snacks are served, as is water that arrives next to your drink without fuss or fanfare. The napkin is placed in front of you with the ‘Dorchester’ insignia facing you. The humility of your host, deferential yet engaged, present yet unobtrusive, thanks you by name as you leave. It is a true five-star hotel bar. Traditional, classy, elegant, and eye-wateringly expensive.

Lots of these features couldn’t (and shouldn’t) be replicated in independent bars that many of us work in or frequent. They wouldn’t be practical. However, there is one element that I think absolutely should be adopted, and that is the approach to service.

The prevailing wisdom in many bars is that good service is as simple as the bartender being able to multi-serve drinks so a guest doesn’t have too long to wait. Great service is the bartender remembering their order from the last time they served them. In most cases, bartenders don’t know their guests' names, regardless of the number of interactions they’ve had with them – it’s enough that they’re getting great drinks served quickly with a smile.

These commonly held beliefs I shared too when I first moved to London. After my first day working at the Met Bar, I knew for certain I was wrong. It was a tough epiphany, but a vital one that informed how I operate to this day. What’s the secret? Adopt three qualities: grace, attention, respect. In practical terms? Start by getting people’s names, and using them.

Without having met you, I’d imagine your name is a fairly important thing to you.

As James Borg notes in Persuasion: The Art of Influencing People: “A name forms a big part of the psychology of the self. Consequently, people are more responsive to those who use them.” Thus, if you met me and I swiftly forgot your name and called you something familiar but generic instead, such as “mate”, or “dude”, I’d probably not endear myself to you. But we know if I called you by a wrong name, my faux pas would be infinitely worse, so we accept it and move on. Borg continues: “Canny people in any business make a point of committing names to memory. There is no better way to create a rapport with someone than being interested enough to remember their name.”

Hotels are, by their nature, fairly transient places, which aim to create a home-from-home experience. A key part of this is by recognition, and the easiest way to do it is to use a guest’s name. At the Met, there was a wonderful culture of greeting people by name. Even if this was by getting their surname via their room number, we would use it as soon as we could. On the bar, I would carry a Moleskine notebook in my pocket and write down the names of anyone who was a regular visitor (alongside what they drank).

Recognising people and using their names opened up another level of connection with the guests I was serving, paradoxically performing the dual task of breaking down barriers of ‘server/guest’ while also appearing more professional than if I was to greet them simply as “sir”, or “madam/miss”. Among the more memorable moments was a barefoot walk through Hyde Park with a successful entrepreneur to pick his brains about business, attending a New Year party at the country home of a regular (in a word: wild) and going drinking with the crown prince of a country in the Middle East (in a word: civilised). All moments came from the simple act of recognition, and by calling someone by their name.

These experiences were enriching and life-affirming. The business I run today is more successful for these interactions, and the subsequent moments of serendipity that have arisen from maintaining this approach. There is no reason you cannot benefit in similar ways, and now is the perfect time to do so. Do you have a regular guest whose name you don’t know? Introduce yourself as soon as they walk in, welcoming them back after lockdown. Afraid to admit you have forgotten someone’s name? Try to catch it on their credit card when they pay their bill. Has someone booked a table with you? Greet them by name and introduce yourself before taking their order.

This simple act of recognition can make regulars out of one-off visitors, turn guests into friends, and open all kinds of unknown doors. After all, the bartender is the aristocrat of the working class. You can make all kinds of moves, if you’re smart.