Sly Augustin on the ruin and resurrection of Trailer Happiness
by Hamish Smith / 16 November, 2021 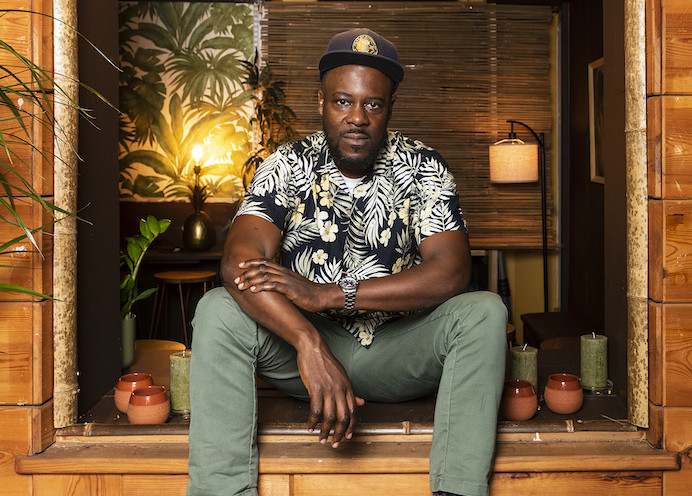 Trailer Happiness was struck by a freak weather event this summer, just days before the pandemic restrictions ended. Sly Augustin talks to Hamish Smith about bad luck that is starting to turn good.

So often institutions only become thought of as institutions when they’re gone. It’s that cruel irony, that the dead never know how much they are loved.

Trailer Happiness could have been that place. It was always one of London’s stalwart rum bars, but an old-timer for which appreciation – after the best part of 20 years in business – was usually left unsaid. When Trailer drowned in three feet of water as flash floods made rivers of roads in west London, emotions were roused. By sheer obstinate will, the industry rose up and helped bring the venue back to life. This is how Trailer Happiness died and came back again.

It was July 12, the day the country mourned England’s brave boys’ latest hard luck story. Sly Augustin had been at Trailer Happiness to remove the temporary TVs, when he noticed the carpet – painstakingly laid in the first lockdown – was grubby and needed a good wash. Just hours later it was submerged.

“I got a call from my bar manager to say water was coming into the bar,” says Augustin. “A few minutes later, he sent a video, which, given the timeframe, looked unexpectedly worse. My girlfriend called the plumber while I headed over there. I live 10 minutes away and by the time I got to the bar, a river was coming down Portobello Road and the team were sat on the tables outside the bar. I went in to save what I could and place valuable items as high as I could reach – I was particularly worried about my rum. It was one of those moments where you laugh or cry. I chose to laugh – and drink rum.”

When the emergency plumber came it was clear that the water was coming into the basement bar faster than it could be pumped it out. “He said he wouldn’t charge me a call-out fee because I had bigger problems to worry about, which was terrifying,” says Augustin. “You know you’ve got problems when a plumber isn’t charging.” When the storm drains were freed of debris and the manhole released, the water sank away. From rain to drain, it was gone in a couple of hours.

“All the furniture was ruined but the real kicker was that most of the significant damage happened in the aftermath,” says Augustin. “The following day was the hottest of the year, the humidity was bonkers and the bar turned into a greenhouse, giving birth to various organisms. If it was down to me, I’d have had everything out in a day – half the industry would have helped. But I was advised to move nothing until the loss adjusters had been. In hindsight, I should have taken the hit and got in there.”

At that moment Trailer was done. Any insurance payout would take months and Augustin’s team, which numbered 15 at the time – the largest it’d ever been in preparation for the end of Covid restrictions – had nowhere to work. Having survived the perils of the pandemic, Augustin’s biggest worry quickly switched to his staff.

Together with Gergo Muráth, his then head of rum education, and Chockie Tom, who looks after social media and community engagement, the relief effort was mobilised. Merchandise – limitededition pin badges and T-shirts – became a vehicle for donations and a Go Fund Me page a portal for industry aid. The reaction was immediate and emphatic.

Charitable events were held at bars across the world, while the team took up sponsored invitations for takeovers around the country, touring under the banner of We Rum This City. They took over the City of London Distillery bar for a week, Lyaness, LCC Bethnal Green, Penny Royal in Cardiff, The Watermark in Leeds, Milk in Reading and Liars Club in Manchester. By September Trailer had a residency at The Hoxton, there was an auction at Rum Fest New York and a That Boutique-y Rum Company Foursquare bottling with proceeds headed to the relief fund. By October the Go Fund Me page had climbed to £100k. “It’s been awesome,” says Augustin, still in disbelief not only at the figure, but who to thank and how. “The money has enabled me to keep my team. In August I was able to guarantee everyone 30 hours a week, no matter what hours they did.” 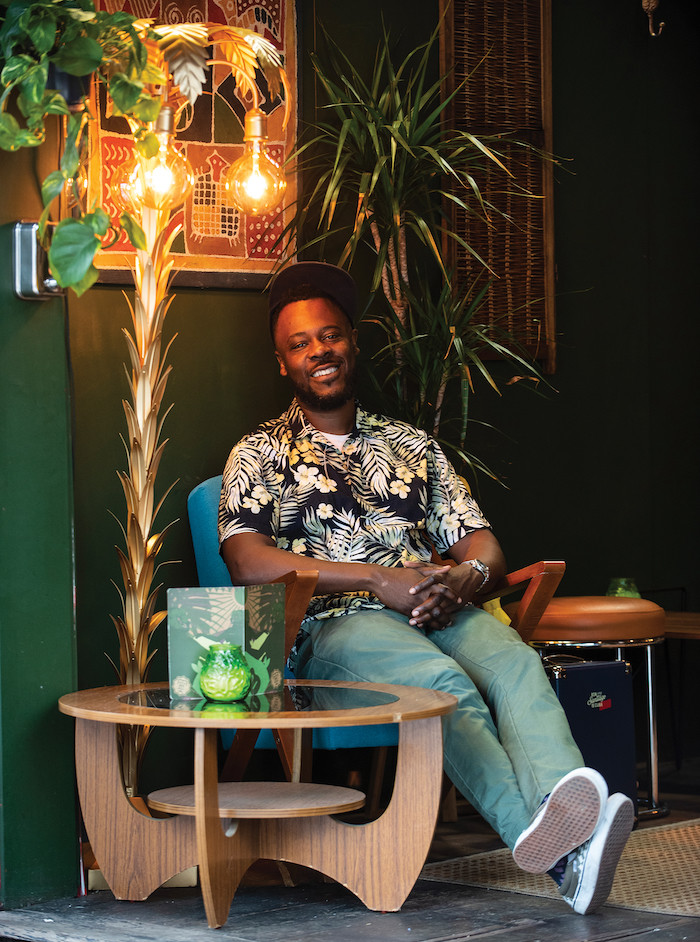 If that meant the staff could be looked after in the short term, Trailer had to be back in business for there to be a long term. Less than two weeks after the flood, a pop-up was created upstairs. “I spoke to my landlord and negotiated some space on the ground floor,” says Augustin. “We built the pop-up in three days and it turned out pretty well. We salvaged a few bits from downstairs, used some random stuff we had lying around and ordered a bunch of stuff off the internet, hoping it all made sense – light fittings, wallpaper, paint. We built it all on almost no money. It’s called A Little Happiness.”

A Little Happiness is not that little any more. “We’ve grown it four times, invading more space upstairs each time. But it’s run on a temporary event notice so it’s just open on weekends with limited hours – on that licence, realistically it’ll only take us into December.

Downstairs, Trailer Happiness wasn’t left to stagnate. In October, it was gutted and made sufficiently serviceable to open as a pop-up for London’s Rum Fest. “It was great – busy with a lot of old friends who came down,” says Augustin, who is in no hurry to have his latest pop-up pop down. “We’re hoping to keep downstairs running until January while we pull together the funds to create a more permanent combination of upstairs and downstairs.”

The speed at which a more permanent version of Trailer can be turned around relies on the bar’s insurance paying out. “I’ve realised that having insurance doesn’t always mean you’re insured… If you want to claim on it, that’s a different ball game,” says Augustin. “Of everything that’s happened, dealing with the insurance claim has brought the most stress. It has been constant darkness.” At one point the claim hit a hitch because of a 10-year-old CCJ from an unpaid invoice for cider, before Augustin was the owner. “It looked like Trailer was going to be defeated by six cases of cider.”

As this magazine met ink, the claim looks more hopeful – but is far from over the line. “I’m pretty sure I’ve lost years off my life stressing about insurance, waiting for them to give me some crumbs. I’d rather concentrate on my bar.”

And that he is, with a little help from his friends. “My team has been invaluable with the ground constantly shifting and rolling with the punches. The responsibility is on my shoulders now – I am super-motivated to get this thing together. I’m looking forward to a less hectic time to focus on the team, rather than utilising them as military.”

If keeping Team Trailer together was the warming antidote to this sorry saga, the arms-wide generosity of the industry also made clear just how cherished Trailer Happiness is. “Watching the bar being destroyed was a gut-punch but it was replaced by a gratitude to the industry,” says Augustin. “I knew people had a fondness for the bar but I didn’t know how much. The community has spoken and I now understand the value of Trailer Happiness.”

A true institution of the London barscape, and recognised as one, thankfully, in its lifetime.